Last week while IAM was discussing SEP wars and other matters with Asian auto-industry stakeholders in Shanghai, our sister title Global Competition Review (GCR) held a conference in Beijing focused on the nexus of IP and antitrust.

If you have seen our post-event coverage of Auto IP Asia, you will know that Huawei’s European competition complaint against Nokia was a hot topic, with a representative of the Finnish company criticising “competition troll” tactics and a Huawei lawyer vowing to see the complaint through even if other parties wind up settling their SEP disputes.

Up in the capital city, there were indications that internal differences remain among Chinese anti-monopoly policymakers on several key IP issues. Full coverage of the event (aimed at antitrust practitioners) can be found here and here.

IAM readers might remember that three Chinese competition watchdogs – the National Development and Reform Commission, the State Administration for Industry and Commerce and the Ministry of Commerce anti-monopoly bureau – were working on a unified set of IP guidelines some time ago. In July of 2017, it was announced that they would be released at year’s end.

But several things happened in the meantime. China underwent a massive bureaucratic overhaul in March 2018, with all of the antitrust responsibilities of those three agencies consolidated in the new State Administration for Market Regulation (SAMR), which also oversees China’s National Intellectual Property Administration (CNIPA).

It is also probably relevant that August of 2017 is when the United States initiated its Section 301 investigation of Chinese IP practices, kicking the trade dispute between the countries into high gear. Since Chinese policies toward SEP licensing could constitute either a boon or a burden for influential foreign IP owners like Qualcomm, it is little wonder that the country’s new market regulator has put off setting down bright line policies in the area.

At the GCR conference last week, a former MOFCOM antitrust official and current senior counsel at General Electric speculated that there may be a few areas of internal debate holding up the guidelines. Frank Li told attendees that patent owners’ duty to deal is one question on which past draft guidelines have gone back and forth. On that question, draft policies between 2015 and 2017 shifted from focusing more on protecting innovation incentives to focusing more on protecting licensees, Li said.

Until guidelines see the light of day, patent and antitrust practitioners will be watching for signs from China’s courts, which have several major FRAND disputes in front of them.

On that note, a remark from a Beijing High Court judge at Thursday’s GCR event drew headlines. Judge Tao Jun reportedly stated that a standard-essential patent constitutes its own relevant market. That view is not inconsistent with past precedent in China and Europe, but it did draw pushback from Tencent senior legal counsel Roger Zhang, and GCR reported that it also concerned some private practice lawyers in attendance.

When China's regulators do next weigh in on IP and competition, whether through new guidelines or their investigation of Ericsson, it could have a major impact China's tech industry, foreign licensors and probably also the policy discourse in Europe and the United States. I would expect the authorities to take their time finding an internal consensus on these sensitive questions. 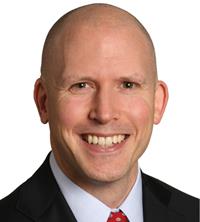