We got it wrong on 2013 SEP guidance, says former USPTO Director Kappos, and the DOJ was right to walk away

A few thousand miles and an ocean apart one former and the current head of the USPTO both spoke yesterday on the ever-thorny issue of standard essential patents (SEPs). More specifically, they both touched on the joint statement that the Department of Justice and the PTO released in 2013 entitled “Remedies for standards essential patents subject to voluntary F/RAND commitments”.

Many SEP licensors have a fairly dim view of that statement. They see it as being weighted in favour of licensees and point to it as prime evidence that the Obama Administration was biased against IP owners in the standards world.

What attracts most ire are the limits the statement placed on the availability of injunctive relief in a FRAND dispute. In particular, it is claimed, this sent a message to anti-trust regulators around the world that it was fine to adopt a more aggressive posture towards SEP owners’ licensing practices.

Late last year, the Department of Justice antitrust division which, under Makan Delrahim, has tended to view those IP owners in a more favourable light, withdrew its support for the statement. In announcing this, Delrahim commented that “enforcement agencies… should not place a thumb on the scale against an injunction in the case of FRAND-encumbered patents”.

Ever since, the message from the USPTO has been that it is reviewing its own position and weighing up whether to issue a new joint statement.

Speaking yesterday at an event in Brussels, the agency's Director, Andrei Iancu, indicated that the the matter continued to be under review. The office, he said, is “now carefully studying the issue and discussing it internally, with our stakeholders and other relevant government agencies”.

He then added: “Ultimately, if we are to state a new policy, it should be balanced and structured to incentivise technological development and growth of the standards-based industries.”

SEP owners will no doubt be taking a very close look if and when a new statement is released.

Back across the Atlantic, at an IP Watchdog event close to close to USPTO HQ in Northern Virginia, one of Iancu’s predecessors, David Kappos, shared his thoughts on the topic and explained why his thinking on it had changed.

Kappos, who during in his time in charge of the office was one of the driving forces behind the statement, admitted that when he heard of the DOJ’s decision he was surprised. “At first my reaction was wow! We put so much effort into that and I didn’t think those guidelines were anti-innovator, I thought they were balanced and it troubled me that the DOJ was walking away when there was nothing to replace them.”

But Kappos then revealed that he now believes the DOJ was right. “What has changed is that in the years between 2013 and today we have learned a lot and empirical studies have shown us that the phenomena we based the 2013 guidelines on weren’t actually demonstrable in practice,” he said. “In other words, we all thought hold up was the problem in 2011, 2012 and 2013, but there’s no empirical evidence of it occurring.”

He added that predictions of a punitive royalty stack of $100 and beyond hadn’t borne out. Despite all the efforts to craft a statement that he viewed as balanced, “we were simply wrong in 2013," he concluded.

Since he left the USPTO Kappos has been a partner at Cravath Swaine & Moore. It counts SEP-owning giant Qualcomm among its client base and in the last two years Kappos has been strongly in favour of the shifting SEP stance at the DOJ.  In early 2018, for instance, he signed a letter which expressed support for Delrahim’s commitment to apply antitrust law equally to implementers and those who develop patented technology.

The former director's change of opinion on the 2013 statement is clearly in line with his recent evolution when it comes to SEPs, but with new guidelines still to issue, it would appear that the office itself could be struggling to frame a new policy that strikes the right balance between SEP licensors and implementers.

Against the backdrop of escalating trade tensions and technology tussles, Asia's elite IP owners, and their North American and European counterparts, will gather in Tokyo between October 28-30 for IPBC Asia 2019. Want to be part of the discussion? Book your place here 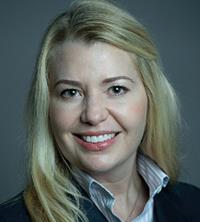