Sharp, whose IP function was spun out into an entity called ScienBiziP Japan after its acquisition by Foxconn, first sued Daimler in the Mannheim Regional Court on 12th April. That was just a few weeks after Nokia hit the Stuttgart-based auto major with ten infringement suits across Germany.

But this was only the beginning, as Sharp continued to add additional patents to the fight throughout the month of June. The Japanese company is now pursuing two cases in Mannheim and another three in Munich. It has reportedly informed Daimler that a FRAND licence to its SEP portfolio is available through the Avanci platform.

The broader context of the dispute pits Nokia, Sharp and the Avanci platform of which they are both members on one side, against Daimler and suppliers including Continental. BMW and Volkswagen have each taken licences from Avanci, isolating Daimler as the last of Germany’s ‘big three’ which has not.

Two weeks ago, IAM reported on a major twist in the case, as Nokia obtained an “anti-anti-suit injunction” in Munich which would restrain supplier Continental Automotive Systems from seeking an anti-suit injunction in the US FRAND case before Judge Koh.

The Continental brief which revealed the Sharp litigation against Daimler is a response to this. The German company sees Sharp’s entry as an indication that it and its customer face a coordinated campaign. It notes that Avanci’s Master Licensing Agreement contains a promise to “reimburse the litigation costs incurred by a member who sues a purported unwilling licensee for the benefit of Avanci”.

Sharp joined Avanci in July 2017. Last year the Marconi Group, of which Avanci is a part, hired Roger Tu, a top executive with MiiCs & Co to run its China operation. MiiCs is part of the stable of companies which manage and monetise the patent portfolios of Foxconn, Sharp and other affiliated companies.

The Sharp portfolio has been a big focus of Foxconn’s recent patent monetisation efforts. In addition to joining platforms like Avanci, Foxconn has sold off pieces of the portfolio to both NPE and operating company buyers. The company’s licensing efforts so far have not resulted in major assertion campaigns, although the company did wield patents in a bitter legal dispute with Hisense over the use of its brand name in North America.

But Sharp’s SEP holdings are clearly a major part of Foxconn’s IP plans. That puts Sharp, along with Japanese firms like Panasonic, Sony and IP Bridge, on a collision course with the country’s powerful auto industry, which by and large opposes the Avanci model.

IP Bridge’s new CEO told IAM this spring that he expects that it could take a couple of years for Japanese automakers to come to terms with Avanci. How this European patent fight goes, and how aggressive Japanese SEP owners get, could both have an impact on the calculus. 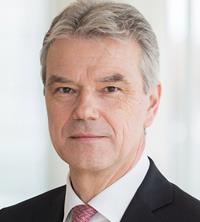