The IP world is full of entities with very different motivations, argues IPCom MD Pio Suh in this Saturday opinion piece. Talking in black and white terms about good or bad actors is not helpful – especially when it comes to FRAND

The US $30 billion-dollar showdown between Apple and Qualcomm over smartphone chips is an example of the kind of high-profile legal case you might expect when two of the world’s biggest companies, with the resources to match, lock horns.

Back in December 2018, the chipset maker successfully won a legal case it brought in Germany against the tech giant when the District Court of Munich ruled that iPhone models 7 Plus, 8, 8 Plus and 2017’s X infringed on a Qualcomm patent. Apple was injuncted from selling the iPhone 7 and iPhone 8 models in all of its 15 shops across the country.

The long-running sparring match concluded in April this year, with the public announcement of “an agreement to dismiss all litigation between the two companies worldwide”. Think the story ends there? Think again. It’s worth digging a little deeper, as a look back at the battle’s history reveals an important lesson about attitudes towards patent law which continue to have an impact today.

The wrong approach to IP rights

In the period following the 2018 case, Apple handsets were not available for consumers to purchase from Apple stores in Germany. But they were still on sale from operators and retailers in 4,300 locations across the country.

Qualcomm won the patent infringement case, so why didn’t it file an injunction against operators and retailers which would have also prevented these parties selling the Apple products? Because of Qualcomm’s dilemma as a ‘practising entity’ selling its chipsets and licensing its patents at the same time.

Not only do operators sell Apple products which contain Qualcomm chips and are, therefore, a money-spinner for Qualcomm, but the manufacturer’s high-end chipsets are also a crucial component of operators’ networks, providing unique technical features unrivalled on the market. It is therefore in Qualcomm´s great interest that the operators incorporate those unique technical features in their networks in order to maintain its position as market leader.

Qualcomm´s reliance on operators has been to warp the IP litigation landscape and to transform patent assertion into something dictated by business relationships.

A good few implementers of patented technology, many of them international corporations, continue to disregard patent law, buoyed by pockets deep enough to either stall negotiations or to simply refuse to take a FRAND (fair, reasonable, and non-discriminatory) licence.

We’ve seen the effects of them not playing the rules. After failing to take out a FRAND licence for a patent, and stalling negotiations for over a decade, mobile manufacturer HTC displayed further disregard for the law earlier this year when it contravened a UK court ruling. The technology industry is dependent upon the fair, transparent and legal use of IP, and the recent development with HTC highlights the impact on those businesses which don’t play by the rules.

FRAND principles should dictate the attitude towards IP law of every organisation, whether a huge multinational or a start-up operating out of a garage. Holding out intentionally and for as long as possible demonstrates complete disregard for IP law and distorts the importance of patent rights.

Unfortunately, it’s those garage start-ups and SMEs in the tech world that suffer, as they lack the resources to fight for and gain fair reward for innovation. Protecting and monetising IP is crucial for technological development, so by refusing to play by the rules, those implementers are effectively stymying evolution in the tech sector.

Does the term sound familiar? Patent dodgers have been quick to use the label patent troll in the past and, while this is justified in the case of some parties, it’s wholly inappropriate to use as a slur on all non-practising entities (NPEs).

Many major corporations have blurred the line between patent trolls and NPEs, leveraging the lack of public and industry knowledge to wrongly place them in the same camp. This works to their advantage, muddying opinion of legitimate companies which are playing a hugely valuable role: neutral NPEs committed to FRAND principles.

This isn't to say that the real patent trolls shouldn’t be called out for their actions; quite the opposite. These parties tend to buy up large numbers of weak patents and target small companies, claiming infringement. Unable to afford legal fees, SMEs are pressured into taking out a licence. The lesser of two costly options, this action comes much to the delight of the patent troll, as the patent would be unlikely to hold up in a court scenario.

Other NPEs, however, uphold and promote IP rights and FRAND approaches to patent assertion. Without the prejudices which arise from close relationships and sales objectives, these NPEs provide a neutral party to fairly manage and assert patent rights. Uninfluenced by external factors and without vested interests, their sole objective is to assert patent rights within the FRAND framework.

The vested interests of practising entities, on the other hand, include sales arms within their business and commercial KPIs which must be met. This complicates and jeopardises their willingness to assert patent rights in some cases, while in others leads to aggressive tactics driven by profit.

Finally, while patent trolls tend to target SMEs and start-ups, NPEs such as IPCom aim to support smaller players by offering a valuable service and means of protecting their IP. A core part of the IP ecosystem, such NPEs help to ensure fair reward for innovation and drive (rather than stifle) developments in the technology sector.

However, the IP landscape is not always so black and white, with good pitted against bad. We’ve also seen large companies setting positive examples. Electronics company Philips, for instance, was at one point in a similar quandary to Qualcomm and the operator retailers stocking Qualcomm-chipped iPhones.

It wasn’t chipsets Philips had patented, though, but standards and codecs for the optical disc side of its business. Asserting patents and filing litigation against manufacturers and retailers of DVDs and Blu-ray products would be to compromise crucial business relationships. Yet sitting back and doing nothing would compromise and undermine patent law and FRAND principles. The alternative – and one which we hope to see replicated by others – was Philips spinning out its DVD and Blu-ray licensing programme to neutral NPEs, One-Red and One-Blue.

The IP landscape is complex and to many in the tech industry – especially those younger companies just starting out – it is impenetrable. This can work in the favour of patent trolls, which emerge from the dark depths of the IP landscape to aggressively pursue small tech innovators. It also favours patent dodgers, which can deploy stalling and delaying tactics with little or no negative impact on their businesses.

By furthering their own commercial interests and stalling negotiations, patent dodgers are also hindering developments in the tech sector. FRAND committed NPEs, on the other hand, continue to dance the FRAND dance, offering a neutral entity and a crucial bridge between parties looking to assert their IP rights, and benefit from ideas and innovation. 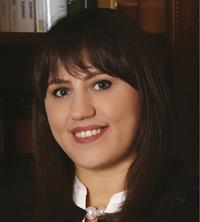