A rundown of some of the top news stories on the IAM platform in May, June and July

Via Licensing has made a significant addition to its advanced audio coding patent pool with the news that Samsung has joined as both licensee and licensor. The development is the latest pool-related move for the Korean tech giant after IAM revealed earlier this year that it had left MPEG LA’s HEVC pool (it remains a member of rival operator HEVC Advance’s platform) and in another move had joined a digital broadcasting pool operated by Sisvel.

Defensive patent operator AST has recently completed a new “buy-it-now” patent acquisition programme, which saw a small group of its members – including Google, Microsoft, Oracle and Uber – acquire a group of assets for $1 million. Unlike the annual IP3 programme, which is open to all rights holders looking to sell assets, the buy-it-now initiative saw AST invite a group of 40 patent owners take part, submit intellectual property for sale and name their price. The assets were identified in AST’s standard purchasing programme and deemed to be of potential interest to its members.

InterDigital has announced that Eeva Hakoranta is to become the firm’s new chief licensing officer. She will assume the role on 1 July, replacing current incumbent Tim Berguis, who had held the post since January 2018 and is now heading into retirement. Hakoranta was previously senior vice president and head of intellectual property and litigation at Nokia. Prior to that she had led the company’s licensing operation for six years, which secured a string of major deals with the likes of Samsung, Apple, Huawei, Oppo, Vivo and Xiaomi.

The frenetic pace of IP deal making that has characterised the first six months of the year continued today with the news that Fortress’s IP group is acquiring Finjan for just under $44 million. Should the transaction be approved by Finjan shareholders, it would add a portfolio of cybersecurity assets to the Fortress patent holding that have largely survived the PTAB and have already pulled in licensing deals worth tens of millions of dollars.

The fight between Sonos and Google, which was already shaping up to be an epic legal battle, took another turn yesterday when the search giant filed a lawsuit in the Northern District of California, accusing the speaker manufacturer of infringing five patents. The case comes just over six months after Sonos launched its own district court action and filed a complaint at the ITC accusing the tech behemoth of infringing five grants.

US firms free to work with Huawei on 5G standards

The Trump administration is to alter its sanctions on Huawei to clarify that US companies may collaborate with the Chinese company on standards setting. Commerce Secretary Wilbur Ross confirmed the reversal of policy in a statement made to Reuters today. When the US government’s Bureau of Industry and Security first cracked down on the Chinese telecoms giant in May 2019, it provided an explicit carve-out for 5G development work by standards bodies. IAM was first to report that when the rules were extended in August that year, the paragraph exempting 5G standards setting had been removed.

Electric vehicle maker BYD spun out its chip unit in April this year and this recently raised funding from investors, including Xiaomi and Lenovo, as it prepares to list publicly. The move creates another ambitious domestic semiconductor company that will have to navigate the IP market carefully to create a Chinese link in a supply chain dominated by patent-rich foreign incumbents. Shenzhen-based BYD is best known for producing electric vehicles and the batteries that power them. Now, the company is looking to have a bigger footprint in producing the semiconductors crucial to new energy vehicles.

A study group convened by the Japanese government has issued an SEP valuation guide, which signals support for positions held by implementers in some high-profile ongoing licensing disputes. The document endorses a ‘license-to-all’ obligation for SEP owners and sets out a method for calculating royalties based on a top-down model. The guide, which was recently spotted by Professors Thomas Cotter, Enrico Bonadio and Luke McDonagh, appears to be based on a longer report finalised at the end of March. The five-page English language document lays out a “basic concept” for SEP valuation commissioned by the Manufacturing Industries Bureau of the Ministry of Economy, Trade and Industry (METI). METI is the parent department of the Japan Patent Office and as such it is a key stakeholder in IP policy making in Japan.

New data from Unified Patents has revealed that Microsoft was the most-targeted company in US patent infringement lawsuits in the second quarter of 2020, knocking off Samsung, which took the top spot in the first quarter. Dell and Google rounded out the top three, with data showing that NPE actions, particularly in the high-tech sector, are growing rapidly. According to Unified’s analysis of second-quarter litigation, the number of new district court suits was up in the period from April to June with 1,069 cases filed. As we reported last week, the pace at which cases have been filed over the last three months means that litigation is on course to hit its highest level since 2016. At the moment, Unified is forecasting a total of a little over 3,800 for the year as a whole, although that could well be revised upwards if the recent momentum continues.

Arvin Patel, the former chief IP officer of TiVo, is joining Intellectual Ventures (IV) as chief operating officer of the giant NPE’s Invention Investment Fund (IIF). He will report to Mathen Ganesan, the IIF’s executive vice president, and will lead commercialisation strategy and execution, business development and partnerships across IV’s patent portfolio. Commenting on the hire, IV founder and CEO Nathan Myhrvold said: “Arvin is a seasoned and respected thought leader with decades of experience in technology, intellectual property and public policy. His deep IP expertise strengthens our mission to support a robust ecosystem where impactful invention can thrive.”

@IAM_magazine After a turbulent few years (to put it mildly!) Qualcomm's licensing chief talks exclusively to IAM on how the pate… https://t.co/9ZJykvTcyh Read more

@IAM_magazine JPO patent filings continue to fall as new chief calls on Japanese companies not to fall behind on innovation… https://t.co/BDseWjvzP4 Read more 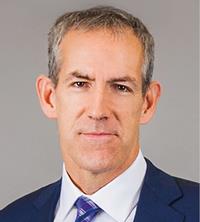