A rundown of some of the top news stories on the IAM platform in March, April and May

Marconi has hired former Microsoft chief patent counsel Micky Minhas. He will join as a senior vice president, although details on his precise role at the firm – which administers a number of licensing platforms – is at this point unclear.

IAM revealed in late January that Minhas was leaving Microsoft after almost eight years with the software giant. During that time, he had taken on a number of roles, including heading up the patent operation and leading several of the company’s largest patent-based deals.

The IP and tech advisory group at Houlihan Lokey is leaving the financial institution, IAM has learned, with plans taking shape to re-launch as an independent operation.

The team, which is led by Elvir Causevic and Ed Fish, joined Houlihan in January 2017 when it acquired Black Stone IP, the advisory business that the pair headed. While details remain scant, IAM understands that the exit is being framed as an amicable split – although it obviously comes against the backdrop of a turbulent time for the economy, thanks to the covid-19 outbreak.

IP Bridge announced yesterday that the Innovation Network Corporation of Japan (INCJ), the public-private fund that helped set up the IP monetisation business in 2013, has exited its investment. A new holding company formed by the current IP Bridge management team has acquired the INCJ’s shares.

The transaction means that another IP business previously classified as a sovereign patent fund due to state involvement has now gone private. Last week, IAM exclusively reported that South Korea’s Intellectual Discovery has been bought out by an individual investor who is now serving as its CEO (the South Korean government still retains about a 10% stake).

Revealed: Huawei patent disposal to one of the United States’ most active NPEs

Huawei’s patent transactions team has continued to make deals despite the fallout from the company’s addition to the US Department of Commerce Entity List. As IAM reported last month, the Chinese telecoms firm has acquired patents from US-headquartered entities, including an Intellectual Ventures affiliate, on several occasions already. But new assignments suggest that Huawei is also staying active on the sell side – and may have made one of its biggest-ever disposals to a patent assertion entity last autumn. In two transactions recorded last month, Huawei and its US affiliate Futurewei Technologies transferred portfolios containing more than 70 granted US patents to Apex Net LLC. The assignee is a Texas-based entity that was set up in July. The transactions themselves were executed in September. The lack of available information about Apex Net hints that it is probably an affiliate of prolific patent asserter IP Edge.

Among the research institutions whose innovations may prove critical to tackling the covid-19 pandemic, the University of Oxford could be one of the most important. Clinical trials for ChAdOx1 nCoV-19 – a potential coronavirus vaccine developed by the university’s researchers – received the go-ahead at the end of March. The lead scientist on the project, Dr Sarah Gilbert, stated that we may know whether the vaccine is efficacious by the autumn – and that she believes there is an 80% chance it will be. Along with King’s College London, the university owns the innovative prototype ventilator, OxVent, which recently progressed to the next phase of safety and usability testing. In addition, its proprietary remote monitoring and diagnostic technologies may also play an important role in public health responses to the pandemic. Against this background, Oxford University Innovation – the institution’s tech transfer office – has announced a new and expedited non-exclusive licensing policy for potential partners interested in using its covid-19-related intellectual property.

IPwe, the IP services business set up by Erich Spangenberg, has acquired AI-focused analytics company ClearAccessIP. The financial terms were not disclosed but the transaction hands IPwe a team of 10 based in ClearAccess’s Palo Alto office and a significant expansion of its AI capabilities. The deal is also further evidence of consolidation in the IP services space and comes amid ongoing interest from capital in the sector. Last week, as part of that trend, we reported on the acquisition of a majority stake in Ocean Tomo by private equity firm Bow River Capital.

Qualcomm has signed new 5G patent licensing agreements with Oppo and Vivo in another sign of the chip giant’s extending reach in the China market. The news was disclosed on the company’s analyst call yesterday to discuss its results for the second fiscal quarter. This saw the revenues of its licensing arm dip slightly to $1.072 billion, down from $1.122 billion for the second quarter last year. That small drop suggests that Qualcomm has so far weathered the effects of covid-19 relatively well. However, CEO Steve Mollenkopf revealed that the company’s own analysis estimated that the handset market was down around 21% overall in the last quarter. With the pandemic still having a deep impact across the globe, conditions are set to worsen further with an estimated 30% drop to come in the current quarter.

In an Open Covid-19 Declaration formally launched today, 16 Japanese companies in the high-tech and healthcare industries have pledged not to assert patents against any activity whose purpose is to stop the spread of covid-19. What is more, their efforts are set to get a boost as the Keidanren, an influential business lobby, calls on its members to make the same declaration.

Acacia Research has significantly bolstered its asset base with the acquisition of ExcaliburIP, the home of the former Yahoo! patent portfolio. The deal hands the NPE a little over 2,500 assets, which were the subject of a recent licensing deal with RPX and have been the continued focus of much speculation over what they might be worth ever since they were spun off from the search giant.

The Intellectual Property Owners Association released its top 300 US patent recipients for 2019 yesterday and the major takeaway is that the rankings are awash with companies experiencing big jumps in the number of grants that they received last year. Unsurprisingly, many are giants of the tech industry, but it is notable that several names from outside the typical roster of patent-owning heavyweights also saw significant increases. These include US financial leviathan Capital One and the world’s largest retailer, Walmart.

@IAM_magazine Revealed: the top IP firms in opposition proceedings at the @EPOorg by areas of specialisation.… https://t.co/Gq4j05E4JO Read more 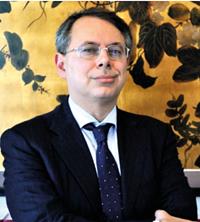