The Taiwan Intellectual Property Office published preliminary 2018 patent filing statistics last week. Invention patent filings remained stable with a small 2% increase from the year before, while utility model and design patent filings went up by 7% and 53% respectively. The overall uptick is significant for the island, given that its patent filings had suffered a long period of consistent annual declines up until 2017.

US patent system jumps to second in the world, although the biopharma sector may not agree

The latest US Chamber of Commerce’s International IP Index was published yesterday and the takeaway headline was undoubtedly a big jump in the patent league table for the Chamber’s home country. After a few years of rubbing shoulders with the likes of Hungary – sinking as low as 12th last year – the United States leapt to second, just behind Singapore, largely on the back of changes at the PTAB.

The United States held onto its number one spot in the overall IP index, but it was the patent ranking that was the subject of attention as the chamber’s Global Innovation Policy Center released its latest report at an early evening reception at its HQ in downtown Washington DC, just across the street from the White House.

China’s domestic licensing market has plenty of room to grow

Each year, the China National IP Administration publishes the results of a sprawling user survey covering topics spanning the creation, protection and management of IP rights. There is a huge volume of information in the report’s 100-plus pages, but I thought I would look at what owners of Chinese patents said about their patent licensing and transfer activities.

While the number of active Chinese patents has continued to soar in recent years, utilisation rates for those patents are relatively modest. Owners claimed a licensing rate of 5.5% overall and 4.5% for invention patents (9,792 respondents were asked what share of their total portfolio they had successfully licensed out).

Xinova, the invention-on-demand business which spun out of Intellectual Ventures in 2016, is teaming up with an alternative asset manager to form a new Blockchain-based investment platform to help innovation projects attract capital.

The new platform will bring together Xinova’s network of innovators and relationships with major corporates, and the investment nous of Arc, a New York-based fund that has a long track record of matching investors with alternative asset opportunities. One of the guiding principles behind the new platform, which is called Arcnet, is to allow innovators to compete for capital on the basis of the strength of their innovations rather than their proximity to Wall Street or Silicon Valley.

PanOptis, the patent licensing business that acquired Unwired Planet in 2016 and owns large portfolios from Ericsson and Panasonic, has been acquired by private equity business Brevet Capital for an undisclosed sum. According to the statement announcing the deal, Brevet is a New York-based investment adviser “employing a specialist finance strategy that emphasises downside protection” and is focused on “opportunities related to the government sector”.

Huawei and Samsung call it quits

On Tuesday, Huawei and Samsung filed a joint motion in their ongoing US patent litigation dispute indicating that they have entered into a settlement agreement, which they plan to finalise soon.

When IAM first reported on the outbreak of the dispute, with Huawei lodging surprise infringement complaints against Samsung in May 2016, our main takeaway was that the dispute “could end up revealing much about the Chinese company’s licensing activities”. It has not disappointed on that front, as an appellate brief submitted last summer by Samsung recounted the pre-litigation negotiating positions of the two wireless giants.

WiLAN CEO departs after just months in the job

It was always clear that replacing former WiLAN CEO Jim Skippen was going to be a very tall order, but the announcement earlier today that the NPE’s head Keaton Parekh, who has been in the job less than a year, was leaving was still somewhat surprising.

As the licensing business’s parent company, Quarterhill, announced its results for the fourth quarter it also disclosed that Parekh would be replaced by Michael Vladescu who joined the NPE in 2012 and was most recently its chief operating officer. Before signing up with WiLAN, Vladescu was at MOSAID, now Conversant, so he has a long track record in the licensing space and plenty of familiarity with the NPE’s portfolio, which is particularly strong in the semiconductor sector.

In a relatively rare acquisition, Apple has picked up a small portfolio of patents formerly owned by home security camera company Lighthouse AI.

The tech giant acquired eight grants and applications, which relate to in-home monitoring systems in an assignment which was executed in December 2018, but only showed up on the USPTO database in February.

Lighthouse AI announced that it was closing down at the end of last year after failing to gain traction in the competitive home camera market. The company had brought its first product, a security camera with some AI capabilities, to market in February 2018.

In 2013 Microsoft and Hon Hai Precision Industry (trading as Foxconn) inked a royalty-bearing patent licence agreement, part of the US company’s then-burgeoning Android IP monetisation efforts. But a lawsuit filed by Microsoft on Friday in California’s Northern District alleges that Foxconn has failed to meet the terms of that contract for the last five years, resulting in a “complete failure to make royalty payments to Microsoft when due”.

The accusations in the suit provide interesting context to Microsoft’s decision last October to join the Open Invention Network (OIN), meaning that it will provide a royalty-free cross-licence covering Android and Linux-related technologies to other OIN members (the group is free to join).

Three US patent lawsuits and ITC complaints filed by South Korean solar company Hanwha Q CELLS last week have embroiled some of the industry’s biggest players in a US competitor patent dispute for the first time.

Q CELLS, which is a subsidiary of Seoul-based conglomerate Hanwha’s chemical arm, sued Chinese rivals JingkoSolar and LONGi Green Energy, as well as Norwegian competitor REC Solar, in the District of Delaware on 5 March. CELLS says that it also sued the trio in the Regional Court of Dusseldorf. 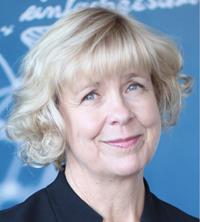