India’s latest computer-related invention rules are a boon to SEP holders, but leave plenty of uncertainty

Three weeks ago, the Indian Patent Office released a new set of examination guidelines for computer-related inventions. As I wrote at the time, what was immediately obvious to even my untrained eye was the fact that it had lopped off almost half of the old guidebook by deleting sections that proposed a “novel hardware” requirement and a lengthy list of examples of disallowed patents.

For a more in-depth analysis I asked Essenese Obhan, managing partner of Obhan & Associates in New Delhi, what the new guidelines mean for patent owners in relevant industries:

On the bright side, the CRI Guidelines have done away with the impractical “novel” hardware requirement. However, the requirement of some hardware still remains. For example, when discussing means plus function claims, the CRI Guidelines state that “the means mentioned in the claims shall clearly be defined with the help of physical constructional features” and “if the specification supports performing the invention solely by the computer programme then in that case means plus function claims shall be rejected as these means are nothing but computer programme per se”. Although this requirement of ‘physical construction features’ could be satisfied by qualifying the claims with language such as “a processor configured to……”, the notion that the means to achieve a particular function should not be software is a good indication of the position now being adopted by the Indian Patent Office.

More significantly, while addressing the “computer programme per se” exclusion under Indian patent law, the CRI Guidelines, though vague, appear to adopt a position similar to that proposed by the Court of Appeal of England and Wales in Aerotel/Macrossan’s (EWCA Civ 1371).  The test suggested by the CRI Guidelines to determine whether or not the subject matter falls under the exclusion category appears to be as follows:

This test by itself is sufficient and provides a practical approach to determining excluded subject matter. Unfortunately, the CRI Guidelines don’t stop here and in fact go on to take an apparently contradictory position. For example, the CRI Guidelines define the computer program as “the set of instructions that are capable of causing a computer to perform a particular task” and define the term “per se” as meaning “by itself” or “in itself”.

But the CRI Guidelines then state “the Patents Act clearly excludes computer programme per se and the exclusion should not be allowed to be avoided merely by camouflaging the substance of the claims by its wording”. There is some difficulty in accepting this statement as it is not clear how a computer program which by itself should be capable of causing a computer to perform a particular task can be camouflaged; an example of how such camouflaging takes place would have been useful. Such statements are likely to give enough room to the examiner to treat every computer related invention as a camouflage for a computer program.

SEP patent holders, however, may draw some comfort from these CRI Guidelines which state that encoding or reducing noise in communication using mathematical formula may not be considered as excluded subject matter. However, the CRI Guidelines appear to suggest that even for such inventions, it is only the “system claim” that would appear to pass the test of patentability.

Of concern is the broad definition of the term ‘algorithm’ in the CRI Guidelines, which includes “any sequence of steps”. It is difficult to imagine a method claim that would not be “a sequence of steps” and the guidelines unfortunately offer no guidance or examples of what could possibly escape this exclusion. It seems that this is something the examiners will have to address on a case by case basis.

Given the past trend at the Indian Patent Office, one could possibly expect the next CRI Guidelines in another year or two and hopefully by then a clearer position on section 3 (k) will emerge, a section that was introduced 14 years ago into the Indian Patents Act, 1970. 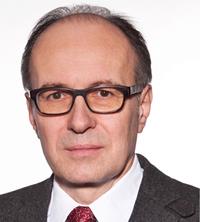