The mince pies have all been eaten, the decorations are down, the hangovers have been slept off, just about – and now the IAM blog is back for 2018. We get things going as we always do at the start of a new year by naming our IP personalities for the 12 months that have just gone. As regular readers will know, we define a “personality” in very broad terms. You don’t have to be a human being or even a single identifiable entity to qualify - basically the term encompasses whatever we want it to encompass; it’s all about who and what caught our eye in 2017.

Kasim ALFALAHI - It was something of a surprise when the former chief IP officer of Ericsson left his post at the Swedish company in early 2016 to become the CEO of a new Internet of Things licensing platform named Avanci. In 2017, we found out that Alfalahi has no intention of keeping a low profile, though. In February, it was announced that he would be heading up a new entity called the Marconi Group, a holding company for, among others, both Avanci and NPE PanOptis; then in November came the news that another Marconi Group entity, Teletry, had agreed a deal with BlackBerry which gave it “the right to sublicense a broad range of BlackBerry patents to a majority of global smartphone manufacturers”. This was followed by Avanci’s first agreement with a major auto company, when BMW signed up to license wireless technology being offered via the Avanci platform, with Alfalahi promising a lot more of the same in 2018. Finally, just before the Christmas break Avanci embraced full transparency when it published its royalty rates for all car manufacturers, with prices ranging from $3 to $15 per car. Alfalahi continues to play the IP game at the very highest level.

Colin BIRSS - Described as the “decision of the decade” by former chief judge of the Court of Appeal for the Federal Circuit Paul Michel, the Unwired Planet v Huawei judgment handed down by Justice Colin Birss in the High Court in London electrified the patent world in April 2017.  Birss’s detailed explanation of what constitutes fair, reasonable and non-discriminatory as he set out a worldwide royalty rate for the NPE’s patents, marked this out as a globally significant case. If that was not enough, Birss then developed what has become known as the FRAND injunction. Just how influential Birss has been was confirmed at the end of the year when Judge James Selna issued a very rare US SEP/FRAND decision in the TCL v Ericsson case, in which much of Birss’s reasoning was followed, if not referenced. It was something of an irony that the suit did not go well for the Swedish company, given that a large part of the Unwired Planet portfolio consists of patents it previously owned.

Antonio CAMPINOS - In July, the Administrative Council of the European Patent Organisation did something that it had never done before and invited applications to be the next president of the European Patent Office (EPO). Previously, the appointment has been made behind closed doors following a secretive election process with no criteria given as to why the successful candidate got the job. But this time we know exactly what it is that the Council requires of António Campinos, who will succeed current incumbent Benoît Batistelli on 1st July 2018. The job spec provides a benchmark against which to judge Campinos’s success; such a level of transparency has previously been unknown at the EPO and it would be nice to think it will be followed by a lot more in the future (though don’t hold your breath on that one!). It always looked like the job as described in the July announcement was a perfect fit for Campinos, who as executive director of the EU IP Office has established a strong reputation as a political operator while keeping sometimes fractious national agencies onside, ensuring a top class service for users and maintaining an amicable relationship with staff members. They are skills he is going to need in spades in his new job.

CAO Jun - This will not be a name familiar to many IAM readers, but Cao was one of the two principal characters involved in a stand-up row at a patent conference in Beijing in September, a report of which was by far the most read story on the IAM blog in 2017. Gratifying as the numbers were, though, he is not on our list because of that, but because of what he represents – a confident, assertive and growing domestic NPE sector in China that has the potential to cause serious problems for foreign companies over the coming years. It was not the kind of exchange that you expect to see at a patent event, but the fact that it took place in China and involved the head of an NPE that had successfully asserted its rights against foreign businesses and someone who has represented a big multinational that has been targeted by Iwncomm shows how high the stakes are in what has become the world’s biggest mobile telecoms market. Put simply, local NPEs are not only winning cases against non-Chinese parties in the country’s IP-friendly courts, but they are also getting injunctions. That gives them immense power to negotiate deals - and they know it; as do those on the other side of the table. What remains to be seen is whether the same leverage might exist with regards to domestic companies. Perhaps that is something we will discover in 2018.

Nokia - How do you make a very good patent transactions year great? Perhaps by announcing the signing of a royalty-bearing licensing deal with one of China’s technology titans just before Christmas. That’s what Nokia did on 21st December, when it confirmed an agreement with Huawei. This came on the back of a $2 billion portfolio-validating deal with Apple, which may be the biggest licensing agreement ever publicly-announced, and a major transaction done with Xiaomi, which Nokia’s CEO Rajeev Suri described as “a milestone win with a Chinese smartphone vendor, setting the stage for us to engage further with other vendors in the country”. As the Huawei deal agreement shows, he was not wrong about that. And the good news for Nokia and its shareholders is that there are dozens more Chinese manufacturers to talk to in 2018. Another eye-catching development was the news broken by IAM in October that the Finnish company had transferred a portfolio of over 12,000 assets to an entity called Provenance Asset Group. In a subsequent interview, Rahnasto and Provenance’s Dan McCurdy explained the motivations behind the deal and how the patents will be offered to prospective licensees. It’s a new kind of proposition for an evolving marketplace and it’s no surprise that Nokia is at the heart of it. 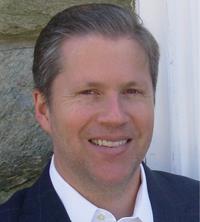