Telecommunications giant Huawei has seen an explosive rise in its patent filing numbers since 2013, which has helped to make its portfolio the strongest in China, research commissioned from a team of leading IP analytics and intelligence companies exclusively for IAM has uncovered.

The full analysis, published exclusively for our subscribers yesterday, examines Huawei’s patent holdings in terms of application growth, geography, quality and more. A full breakdown of its portfolio by size and top classifications is sourced from ktMINE.

Marco Richter of PatentSight, another company that assisted with the research, notes that Huawei portfolio is exceptionally strong by Chinese standards, but the quality of its patents “remained mostly flat until it experienced a sharp increase between 2007 and 2017”.

Meanwhile, data from Relecura shows that Huawei’s filing growth was steady and organic from 1994, until it picked up in 2009. This growth subsequently became exponential from 2013 onwards.

According to TechInsights, 2009 was also when the Chinese mobile company shifted its focus from Chinese to worldwide filings. A recent trend has seen a significant increase in Huawei’s focus on the rapidly-growing Indian market, TechInsights notes.

Our complete analysis includes further information about Huawei’s patent position, as well as a look at its brand value and a rundown of the most important patent-related events to have affected the company over the last five years. 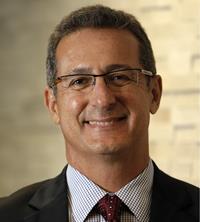