This was a big week for investors trying to get a handle on what recent developments in the US-China trade dispute – most notably the addition of Huawei to the entity list – mean for major players in the licensing world. Qualcomm, InterDigital and Huawei all delivered their second quarter financial results and explained various ways in which US-China ties are impacting their business.

Huawei, which is privately held, announced overall revenue growth in the first half of the year, and reported second-quarter smartphone shipments that were about the same as first quarter figures (which came in before it was blacklisted). Company chairman Liang Hua addressed reporters on Tuesday in front of a picture of a World War Two-era fighter plane riddled with bullet holes but still flying, saying that despite “immense pressure” from the US government, “neither production nor shipment has been interrupted – not for one single day.”

Despite what Liang acknowledged would be challenging times ahead, he underlined that the company remained committed to long-term R&D investment (over $17 billion worth this year) and open collaboration with partners and industry groups. “We won’t succumb to insularity or close ourselves off from the outside world,” Liang declared.

The next day, Qualcomm CEO Steve Mollenkopf provided some interesting insight into how Huawei is responding to the Trump administration export ban. In the course of announcing an earnings beat but a revenue miss, Mollenkopf revealed: “As a result of the export ban, Huawei shifted their emphasis to building market share in the domestic China market, where we do not see the corresponding benefit in product or licensing revenue.”

Overall, Qualcomm execs said that conditions in the China market would create headwinds for the business over the next two quarters. Chinese smartphone makers are placing less emphasis on upcoming 4G model releases for the rest of 2019 as they devote more resources to launching their first 5G models in 2020, Mollenkopf said.

Asked about Huawei’s work to develop its own cellular chipsets – efforts that are now likely to be re-doubled – company president Cristiano Amon stated that Qualcomm’s 5G chip has a strong technological edge over Huawei’s and the company should have a strong opportunity to do deals with other Chinese firms like Vivo, Oppo and Xiaomi.

InterDigital’s presentation, led yesterday by CEO Bill Merritt, gave a slightly different perspective – that of a pure licensing player which does not have royalty agreements in place with the major Chinese smartphone makers. “Xiaomi, Lenovo, Oppo, Vivo, Huawei and ZTE […] make up the vast majority of the unlicensed market for us,” Merritt said, and he cited both the trade war and the Huawei ban as contributing to “short-term uncertainty” for the business.

But COO Kai Öistämö added that trade politics have not ground negotiations to a halt. “In the last couple of months, we have been able to meet with almost every major potential licensee”, he reported. Öistämö also specifically confirmed that InterDigital is engaged with Huawei in talks outside of the litigation between the two in Shenzhen.

Pressed on how the company planned to close deals with the six major holdouts, Merritt delivered a succinct outline of the company’s licensing strategy for China:

I think persistence is one thing […] when they get back to you, you get back to them very quickly. You force meetings as often as you can. You are creative with each customer. Each one comes with their different needs. We've talked about that a lot. We push arbitration. I think the arbitration discussion you heard before is to try to create pressure on them to become effectively an industry outlier if they wouldn't agree to it. We've got a ways to go to get there, but we will do that. And look -- and ultimately, if it does -- if all of that fails, there is always the option to litigate.

Interestingly, one analyst asked about whether we could see a return to fragmented standards as in the 3G era when China deployed TD-SCDMA, and what impact that could have for InterDigital. Merritt suggested that the industry is fairly unified behind a common 5G: “Conversations that we're having with the GSMA and other people, no one wants to go back there. So notwithstanding the political battles, there's a pretty strong industrial weight behind maintaining this single standard out there.” 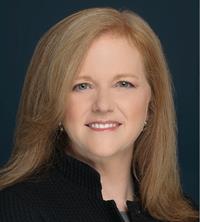