How a Chinese court would have decided the Unwired Planet appeal 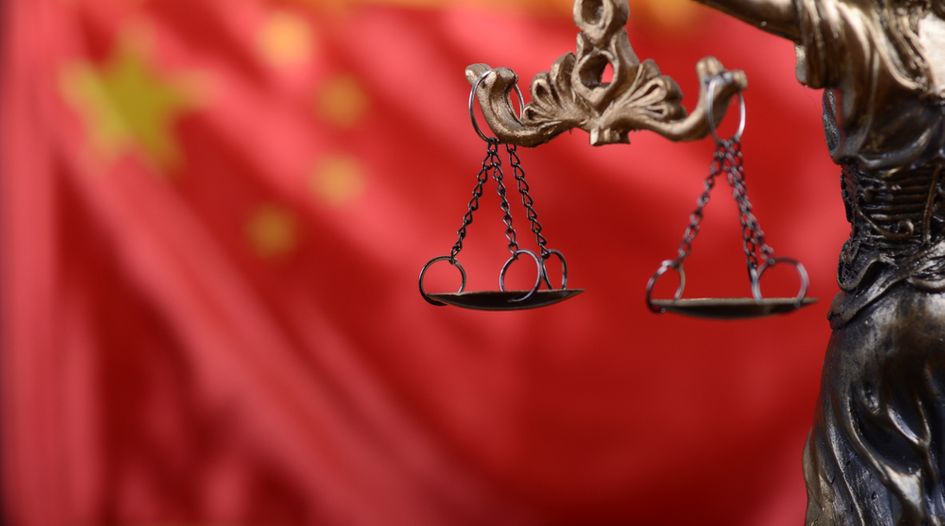 The English Court of Appeal gave judgment in Unwired Planet v Huawei in October 2018. The case – one of the most significant in recent years covering standard essential patents (SEPs) - has been closely monitored by those of us who practise in China.

Given how FRAND matters have been litigated internationally, we cannot help but ask how Chinese courts would have been likely to have answered the three questions in the Unwired Planet appeal. These were:

We have the following observations from a China perspective.

Chinese courts have to date not been asked to decide upon the royalty rate of a worldwide portfolio.  In Huawei v InterDigital, the Chinese court ordered a royalty rate of 0.019% under InterDigital's China portfolio.  That case did not involve issues concerning patent infringement of individual SEPs.  Huawei's request for FRAND determination was premised on a contractual claim.  InterDigital challenged the Shenzhen court's jurisdiction, yet its jurisdictional challenge was dismissed on the ground that in respect of the purported licence between Huawei and InterDigital, Shenzhen was where the licensee Huawei was domiciled and was also the place where the contract would be performed.

It is worth noting that in the Huawei v Samsung infringement judgment handed down earlier this year, the Shenzhen Intermediate Court again indicated that a Chinese court can preside over a global licensing dispute.  In its decision, the Shenzhen court closely examined the proposed offers and counter-offers Huawei and Samsung each made during the negotiations of a global cross-licence.  The Shenzhen court assessed in particular the strength of Huawei's and Samsung's respective worldwide SEP portfolios and compared the parties' proposed offers in light of the portfolio strength.  The Shenzhen court ultimately concluded that Samsung had violated the FRAND principle and that its infringement of Huawei's SEP warranted injunctive relief.

Overall, it seems that where circumstances allow, Chinese courts will be prepared to determine FRAND royalties in respect of a global licence.  It would also not be too difficult to find the jurisdictional nexus if one of the parties is a Chinese party.

Chinese courts have not been asked to directly interpret the non-discriminatory prong of the FRAND obligation.  However, in the Huawei v InterDigital case, InterDigital argued against the "most favoured licensee" stance, stating that: "FRAND does not equate to the 'most favourable nation [principle]' in international trade."

As noted in the English Court of Appeal ruling, the Guangdong High Court "seems to have accepted a hard-edged approach".  According to its Huawei v InterDigital judgment: "Under the same terms of trade, if a standards-essential patents holder charges a lower royalty from a certain licensee while a higher royalty is collected from another licensee, the latter will have every reason to believe to be subject to discriminatory treatment by way of comparison and the SEP holder would violate the commitment to grant non-discriminatory licences."

Article 18 of the IPR Abuse Guidelines concerns discriminatory treatment by an IP owner with a dominant market position. In assessing whether the different treatment of similarly positioned licensees amounts to an abuse, Article 18 cites the following factors as relevant:

The third factor may appear to soften the hard-edged non-discrimination obligation.  It is unclear, however, how anticompetitive effects would be assessed and whether these effects would be relevant in a FRAND royalty determination case.

China has essentially adopted a fault-based analytical framework for determining whether an SEP-based injunction should be granted.  Conceptually there appears to be striking convergence between the approach adopted by the Chinese courts and the Huawei v ZTE protocol.

In Huawei v Samsung, for example, the Shenzhen court found that Samsung was at obvious fault procedurally.  According to the court, Samsung's acts had led to delays and breakdowns in negotiations. These included:

(i) failure to respond to Huawei's claim charts;

(iii) failure to participate in arbitration without justification; and

(iv) failure to actively participate in the court-ordered meditation.

Furthermore, the Huawei v Samsung case illustrated that Chinese courts may focus not only on the procedural steps each party takes (or fails to take) in light of industry practice, but also on the substantive "FRAND-ness" of their respective offers and counteroffers.  The Shenzhen court held that Samsung violated the FRAND principle by proposing a rate significantly beyond the value of its SEPs and taking no account of the comparable strength of the parties' portfolios.  It was upon finding that Samsung was at obvious fault as both a procedural and substantive matter, that the Shenzhen court ordered a permanent injunction in favour of Huawei.