Following on from my colleagues identifying the big stories and trends in both the Asian and US IP markets in 2015, it is my job to do the same with Europe. Having spent a bit of time thinking about this, I can’t identify anything really huge that happened on this side of the Atlantic over the last 12 months. Instead, this has been what could be termed a holding year, as everyone waits for the much bigger things that could come into play in 2016 and 2017 as the unitary patent and the Unified Patent Court (UPC) system get up and running. That said, in the run up to regime change bricks have been slotted into place and trends are beginning to emerge. Here are five issues to chew over:

Balanced SEP injunction regime - Because Europe is not currently a single patent jurisdiction, court decisions are almost always national in scope only and, in many countries, will usually be non-precedental. However, there was one big exception to this rule in 2015 – the Court of Justice of the European Union’s (CJEU) judgment in the Huawei v ZTE case. Handed down in July, the ruling centred on when and how owners of standards essential patents (SEPs) can get injunctions against infringers of their rights without falling foul of competition law. A multi-point test was set out and it was then left to national courts to interpret it. Significantly, in the first German case involving SEPs since the CJEU’s decision, Italian NPE Sisvel was awarded an injunction against Haier, as was Acacia against HTC in another German decision handed down towards the end of November. Courts in other countries will have to make rulings before an overall picture emerges, but as things stand it looks as if the CJEU has not proscribed an unbalanced regime that will have a disproportionately adverse impact on SEP owners. Looking at developments elsewhere in the world, this should only serve to reinforce Europe’s increasing attractiveness to patent plaintiffs, whatever business model they employ.

NPE's embrace Europe – During 2015, a number of NPEs enjoyed positive results in the European courts, while many more decided to give the continent a try. As well as Sisvel and Acacia noted above, Marathon and Vringo were both successful in Germany, with the latter also coming out on top in its battle against ZTE in Romania. For its part, Unwired Planet scored a notable victory in the UK against Samsung and Huawei.  While US-level damages are not on offer in Europe for NPEs, what they do get is a relatively short time to trial, experienced, specialist judges (in most cases), a level of predictability and, probably most crucially, the likelihood of an enforceable injunction if they come out on top. Compared to the US these days, that makes Europe a paradise. Intellectual Ventures announced that it was getting in on the act in August and September. Others are bound to follow, especially when the UPC regime is up and running.

UPC progress, but German silence - Progress towards the creation of the EU’s unitary patent and the UPC continued apace throughout the year. In May, the CJEU stuck down Spain's attempt to have the agreement creating the new system declared contrary to European law, while the court’s rules of procedure were finalised and agreement was reached on fee levels for the patent, as well as how moneys collected by the EPO will be split between it and member states. Alongside the finalisation of all the technical details, though, a ratification process is taking place. The new system cannot come into force until 13 EU member states have ratified the agreement creating it; three of these must be France, Germany and the UK. With the French already signed, up, attention during 2015 was firmly on the British and the Germans to see what they would do. But while the former – perhaps surprisingly given its forthcoming referendum on EU membership – signalled strongly that it would be ratifying in 2016, the latter seems to have gone silent. This has prompted concerns in some quarters that the high volume of parent filings the national German patent office gets, combined with the increasing attractions of Germany as a venue for high-value patent litigation, may have pushed the creation of a unitary patent system for Europe down the agenda in Berlin.

Daggers drawn at the EPO - As has been the case for at least the last decade or so, senior management and staff union SUEPO were at loggerheads during 2015 over changes to examiner working conditions and pay structures. During this year, though, things took a decidedly nasty turn with accusation and counter-accusation about human rights abuses, suicides and intimidation. Unfortunately, there is no sign of the discord coming to an end, even though up to now SUEPO has proved singularly incapable of preventing or even modifying management plans. Most important to users of the office, though, are the quality of its output and the independence of the boards of appeal; and while there are no indications that the EPO’s standards are slipping, there seems to be a fair amount of concern about reforms being proposed to the boards. At times during 2015 it felt as if EPO president Benoît Battistelli was losing control of the narrative. He will need to get it back during 2016 in order to provide the necessary confidence that the EPO is fully prepared for the central role it will play as Europe prepares for the biggest shake-up of its patent system for decades. What is clear is that an organisation that was created by and for experts in a time when no-one outside of that world cared about patents needs to fully embrace transparency. Right now there is just too much about the office’s functioning and performance that outside eyes do not get to see. For the agency’s own sake, as well as for the good of its users, that has to change.

France Brevets success – Although sovereign patent funds are mostly based in Asia, France Brevets, Europe’s one example of the type, enjoyed a positive 2015. Despite being dragged into the US patent reform debate by some spectacularly ill-informed commentators, the firm set up with a €100 million  joint investment from the French government and the state-owned Caisse des Depôts has begun to prove itself adept at securing successful outcomes for French-based businesses whose rights have been infringed, as well as in building potentially lucrative portfolios of its own. In other words, it is doing exactly what it was established to do. Smaller, leaner and more focussed than its Asian counterparts, France Brevets may serve as the template for similar entities being considered in other parts of Europe and beyond. And if the rumours are correct, it may be managing a new, defensive-style fund in 2016. 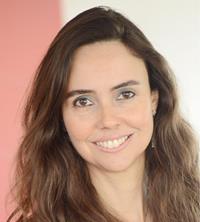