A fair, reasonable and non-discriminatory decision from London

On April 7 Justice Colin Birss, sitting in the High Court of England and Wales in London, handed down his judgment in Unwired Planet v Huawei ‒ a case relating to the licensing of standard-essential patents (SEPs) on a fair, reasonable and non-discriminatory (FRAND) basis. Birss came down on the side of licensor Unwired Planet and provided a long and detailed explanation as to why he had decided to do so.

Significantly, Unwired Planet is a non-practising entity (NPE), whose patent assets were acquired by PanOptis in a $40 million deal last year; but even so, the court ruled that should Huawei not now agree a global FRAND-based licensing deal, Unwired Planet would be entitled to injunctive relief in the United Kingdom.

This case is a very big deal. Not only is it one of the first FRAND and SEP cases to be dealt with in such depth by a common law court anywhere in the world, it is also further confirmation that, following the European Court of Justice’s (ECJ) ruling in Huawei v ZTE in July 2015, the United States and Europe seem to be heading in different directions on this issue.

Unwired Planet v Huawei was the United Kingdom’s first SEP/FRAND decision since the pivotal ECJ case, but the German courts have dealt with a number – and the trend there is also clear. While in the United States, the situation is developing in a way that looks favourable to potential licensees, in both Germany and now the United Kingdom, licensors are in a far stronger position. Crucially, whatever their business model, they can expect that injunctive relief will be an option should they prevail.

More specifically, Unwired Planet v Huawei also holds out the prospect of the United Kingdom becoming an increasingly important venue for the play-out of SEP/FRAND-based disputes – something that may prove to be very significant should the country’s ratification of the Unified Patent Agreement (now on hold thanks to the forthcoming general election) not end up materialising.

For these reasons and more, close familiarity with Unwired Planet v Huawei is essential for anyone involved in IP deal making. With that in mind, IAM commissioned Bristows partners Pat Treacy and Sophie Lawrance, and associate Francion Brooks, to explore some of the key points of the decision. This is what they have to say:

In March 2014 Unwired Planet sued Huawei, Samsung and Google for patent infringement of six UK patents, including five SEPs (as well as issuing parallel proceedings in Germany against a number of companies). Since then, the English High Court has heard technical trials on the validity and infringement of some of those patents, with two being held valid and infringed. This latest judgment, however, relates to the competition law and FRAND issues in the case, which were heard at a separate trial at the end of last year. In the end that trial involved only Unwired Planet and Huawei, as the other defendants (Samsung and Google) and Ericsson, which had been joined to the proceedings, reached settlements before the hearing.

What does the judgment say about FRAND?

When a patent holder declares a patent essential to an ETSI telecommunications standard, it must make a commitment to license that patent on FRAND terms. In this judgment the court has held that a FRAND licence will typically be worldwide, and that its terms should not vary substantially depending on the size of the licensee/implementer.

This will be crucial ‒ and perhaps troubling ‒ guidance to many involved in negotiating SEP licences. The judgment also sets out a method for determining FRAND rates: either by ‘unpacking’ the rates from relevant pre-existing comparable licences or by a ‘top-down’ analysis which calculates the SEP holder’s share of the total relevant SEPs.

The judge preferred the use (where available) of comparable licences, with the top-down analysis as a cross-check. He also concluded that counting patents is the only practical approach to identifying the relevant SEPs and to deal with the issue of over-declaration. He decided that, generally, all patents should be treated as valid and as of roughly equal value; although in some circumstances it may be possible to attribute additional value to exceptional patents which cover a “keystone invention” of a particular standard.

Unwired Planet v Huawei – the view from the United States

Although its direct effects will be felt only in the United Kingdom, the Unwired Planet v Huawei decision grabbed the attention of patent jurists, owners and licensees across the world. Paul Michel, the former chief judge of the Court of the Appeals for the Federal Circuit, welcomed the ruling:

I think the judgment and the close reasoning by Justice Birss is altogether brilliant. It is a milestone regarding FRAND licences for products that are sold globally. From the standpoint of the United States I think it is entirely enviable; it is so practical and reflects all the economic realities and not merely legal theories.

It is closely reasoned based on detailed, fully articulated economic facts that are realistically viewed. In my opinion, so much US litigation dealing with injunctions, or with FRAND licensing or with reasonable royalties in any context, is far too theoretical and done without proper attention – sometimes no attention – to the realistic economics that companies competing in these industries actually think about and follow. But Justice Birss’ analysis is solidly grounded in business realities and more so than just about any US ruling I can recall.

Notably, the judge held that there is only one set of FRAND terms between given parties in a given situation. This encompasses not only the rate, but also all other terms of a licence. The judge noted that this provides legal certainty, ensuring that FRAND is enforceable; otherwise, a court may be asked to choose between an offer and counteroffer which are both seemingly FRAND.

However, as far as negotiations between parties are concerned, there is no doubt that competing views will remain as to what are the true FRAND terms. Crucially, the court stated that its findings do not allow existing licences to be reopened as, having agreed the terms, such licences cannot be revisited on an ETSI contractual basis (unless the terms are so wide of the mark as to engage competition law).

To determine the FRAND rates in this case, the court relied on freely negotiated comparable licences and then cross-checked the resulting rates by ensuring that the implied total aggregate royalty burden was in an appropriate range. On this basis, the court found that neither party’s offers had been FRAND – Unwired Planet’s offers were too high and Huawei’s offers were too low. Instead, the judge determined a different set of FRAND rates for a worldwide licence of Unwired Planet’s portfolio (see box).

These rates imply a total aggregate royalty burden of 8.8% for 4G handsets (which the judge thought was appropriate).

What does this mean for SEP holders and implementers?

The court’s guidance on how to determine a FRAND rate will clearly be helpful to parties negotiating licences for SEPs. In addition, it provides some useful direction on how parties should conduct themselves in FRAND negotiations.

The court confirmed that both parties must take a FRAND approach: the SEP holder must not hold up (effectively refusing to license) and the licensee/implementer must not hold out (effectively refusing to take a licence). However, this does not mean that all offers made during negotiations must be FRAND. A FRAND approach still allows for ‘non-FRAND’ opening offers that leave room for negotiation upwards or downwards towards an eventual FRAND licence. Offers above or below FRAND will become problematic only if they are extreme or take an intransigent approach which disrupts or prejudices the negotiation. Notably, in the judge’s view, it is not hold up for an SEP holder to seek to obtain through its licensing some of the value that results from the inclusion of its technology into a standard.

As a result of a particular issue raised in this case, the court also dealt specifically with the ‘non-discrimination’ or ‘ND’ part of FRAND. He held that a licensee/implementer is not necessarily entitled to demand the same licence terms as another similarly positioned licensee (although it may be able to if the differences in licence terms distort competition between the two licensees). Instead, the ‘ND’ part of FRAND means that licensees should be offered FRAND royalties based on the strength of the patent portfolio and not the size of the licensee.

Finally, although in this case Unwired Planet was found not to have abused its dominant position, the judgment acknowledges that competition law can apply if negotiations for an SEP portfolio lead to anti-competitive bundling, tying or excessive pricing. In addition, although the court found that the framework for negotiations set out in Huawei v ZTE must be applied fluidly, a significant departure from those principles can amount to an abuse of dominance. Crucially, the judge held that these competition law issues are distinct from the separate contractual enforcement of the FRAND undertaking. This is a novel and controversial proposition which is likely to be the subject of much commentary.

More FRAND litigation on the horizon?

Where negotiations with a licensee/implementer are proving ineffective, litigation may now be a more attractive option for SEP holders, for a number of reasons:

This judgment may also encourage licensees/implementers to engage more with litigation, rather than reaching an agreement for a licence on unsatisfactory terms. In this case, the court set FRAND terms and awarded damages which equated to a back-dated payment of royalties for that FRAND licence, as if it had been in place from the outset. As a result, depending on how well the negotiations for a licence are progressing, litigation may not be such an unattractive option as – other than costs consequences in the litigation – there is seemingly no serious risk of a financial penalty for not agreeing to a FRAND licence sooner and very limited risk of injunction at the end of the process, as long as there is clear willingness to accept the terms set by the court.

With these factors in mind, we may well see more FRAND litigation in the English courts in the coming years. In the meantime, the 800 or so paragraphs of this judgment give us plenty food for thought. 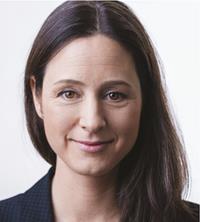