Despite more clarity from regulators and courts, Chinese companies see FRAND issues as far from settled

It has been quite an eventful start to 2017 in the Chinese IP market, particularly in the field of licensing. We’ve seen a major patent pool introduce a new royalty rate structure aimed at enticing more developing-market implementers to get involved, the first foreign NPE officially enter China through a joint venture agreement, and Apple directly challenging the licensing terms Qualcomm agreed on with Chinese regulators. And, of course, the Beijing IP Court issued the country’s first SEP-based injunction against Sony.

Speaking with both Chinese implementers and SEP licensors active in the country, it’s clear that there remain wide differences in opinion on some of the fundamental issues. One of the key debates is over the proper role for Chinese regulators in the licensing market – and whether regulatory interventions thus far have actually left Chinese companies better off.

The settlement between Qualcomm and the NDRC put the Chinese government’s imprimatur on an arrangement that basically gave Chinese companies a discount relative to those in the rest of the world. There were effectively three of these – lowered rates, the use of lower net selling price rather than wholesale price to calculate the rate, and using only 65% of that net selling price as the royalty base. It was a major concession, but one that at least allowed the company to get back to business.

So are Chinese companies better off than they were two years ago? One head of IP told me directly that the answer is no. The biggest reason, he said, was that there are now a lot more licensors knocking on the door. While the company has saved on the Qualcomm licence, the licensing stack had become less manageable.  “The Subscriber Unit Licensing Agreement has been greatly weakened by that ruling,” said another in-house patent professional with a Chinese company. “I can definitely understand how some Chinese companies feel worse off now.”

So while a recent post at China Patent Blog suggested Apple may be erring with its Beijing IP Court case against Qualcomm (“attacking a licensing scheme recently blessed by the Chinese government”), there are a number of homegrown companies that do want a Chinese court to review the NRDC terms, and that hope to get a better deal out of the process.

There is also plenty of ongoing debate among licensors over the appropriateness of region-based rates that give discounts to Chinese companies. Xiaomi’s Paul Lin argued in these pages: “The licensor needs to take into consideration a market’s unique dynamics and develop a licensing programme that can be accepted in that marketplace.” Via Licensing’s announcement of a region-based rate for its AAC pool in January confirmed that some licensors are experimenting with the model in an effort to grow their business, especially in the China market.

An executive at another major licensor told me that Chinese companies have already seized on Via's move in negotiations to argue for a similar discount even in different technology areas, but said his company is not willing to consider a region-based model. He rejects the idea that the thin margins of Chinese device makers mean they should be given a break on IP licensing costs, arguing that royalties should be looked at in the same way as any other component cost, like that of a chipset or display. We'll see how much traction the region-based approach gets in terms of licences signed and other licensors adopting the model, but it is clearly something companies here want to see more of.

Another major area of contention is NPEs, and what role they should play in the licensing environment. One Chinese head of IP told IAM that his company can manage the royalty stack imposed by operating company licensors, but to then also deal with foreign NPEs, sometimes monetising patents from those same companies it has already taken a licence from, is a bridge too far. Like many executives in China, he is quietly confident that foreign NPEs will not find much success in Chinese courts. It is clear that NPEs pursuing soft licensing will have to come up with some kind of value-add to get deals done.

Even apart from the NPE issue, some Chinese CIPOs are not reading too much into the SEP injunction against Sony. One told IAM that he sees it as a symbolic step forward for the country’s IP system, but that looking at the specific circumstances of this case (Chinese plaintiff, Chinese standard, non-Chinese infringer), it does not necessarily indicate that injunctions will be easy to get, even in cases between operating companies.

All these issues and more are sure to generate a lively conversation on the subject of “Win-win licensing” at IPBC China, which will be held at the Grant Hyatt in Beijing on April 25th. 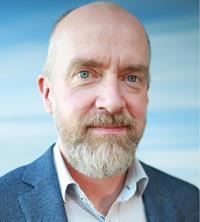