One of the key questions for auto manufacturers and the large tech players like Apple and Google that are looking to enter the car space, is whether the changes the industry is going through now represent a fundamental shift to a completely new business model or whether cars represent the latest forum for mobile devices and increased connectivity. That question was posed Thursday in a meeting of LES’s Silicon Valley chapter titled, ‘The IP implications of self-propelled mobile devices: patent strategy in the new world of connected cars.’

Featuring representatives from Panasonic, Google, Hyundai and AutoHarvest, the LES meeting certainly covered a wide range of views but, perhaps not surprisingly given the nascent nature of much of the technology now being developed, it left far more questions to be considered than definite answers.

The car industry has, of course, become the focus of far more patent activity in recent years. In large part that reflects the convergence of new technologies on the sector and the ongoing development of areas such as electric vehicles which have led to more litigation against major manufacturers and prompted some such as Tesla, Toyota and Ford to open up all or parts of their patent portfolios.

Josh McClure, lead counsel for mobile/Android patent strategy at Google, explained that he saw two distinct technology systems being developed – one covering infotainment and the other concerning self-driving, autonomous tech. Those systems may overlap and will undoubtedly talk to each other but, McClure insisted, they may not be connected. So what does that mean for the development of the industry and the patents that underpin it? Do you, for example, have the same kind of collaborative approach that has featured among the traditional car markers and suppliers, take hold on the driving side while the infotainment pieces become the focus of fierce patent disputes akin to the smartphone wars? That may depend on how the licensing market in the industry develops and how the incumbent manufacturers cope with a slew of new entrants from the tech community.

McClure also pointed out that this may not ultimately be a story simply about Apple, Google and the major manufacturers but could reflect a much broader dynamic covering a far wider ecosystem of car manufacturers, big tech and app developers. Drawing on comparisons with the mobile market he said that, “a smartphone is smart not because of the operating system but because of the millions of apps developed for it.”

There was no sense that the traditional carmakers and tech couldn’t necessarily co-exist, but in an excellent interview with AutoHarvest’s Jayson Pankin, Hakan Kostepen, executive director of product strategy and innovation in Panasonic Automotive Systems’ Silicon Valley Center, raised an interesting point about brand. He pointed out that while older generations placed a large degree of trust in major car brands that may not necessarily be true of millennials who may have more interest in their smartphones than owning a car. Would that make them more likely, therefore, to buy an Apple or Google car, than a Ford or a Chevy and, again, how might the incumbents react to that?

The feedback on whether these changes mean we’re seeing the birth of a new industry or a new forum for connectivity was split.  What was beyond doubt, though, is that the industry is now witnessing unprecedented disruption and that’s only just beginning. 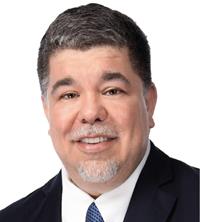