The UK Supreme Court has handed Unwired Planet, Conversant and SEP owners everywhere a major victory by affirming rulings from the London’s High Court and Court of Appeals in favour of the pair of NPEs in their closely watched FRAND licensing disputes with Huawei and ZTE.

In unanimously and fully rejecting appeals by Huawei and ZTE, the UK’s highest court confirmed that an English court is an appropriate forum to adjudicate global FRAND disputes and set a global rate, and that it has the power to issue a so-called FRAND injunction.

“The full Court gives the judgment, which confirms that the contractual arrangements ETSI has created under its IPR Policy give the English courts jurisdiction to determine the terms of a global license of a multi-national patent portfolio," the judgment - which was read out via video link by Lord Hodge - stated.

In a press release, the court highlights what it considers to be some of the key points in its decision. These include:

Paragraph 58 - The Court finds that the English courts have jurisdiction and may properly exercise these powers. Questions as to the validity and infringement of a national patent fall to be determined by the courts of the state which has granted the patent. However, the contractual arrangements ETSI has created under its IPR Policy give the English courts jurisdiction to determine the terms of a license of a portfolio of patents which includes foreign patents.

Paragraphs i96 and 97 - Huawei and ZTE argue that the Chinese courts would be a more suitable forum for determining their dispute with Conversant. However, the Court holds that this argument must fail because the Chinese courts do not currently have the jurisdiction needed to determine the terms of a global FRAND licence, at least, without all parties’ agreement that they should do so. In contrast, the English court has jurisdiction to do this.

Paragraph 112 - The Court holds that Unwired had not breached the non-discrimination limb of the FRAND undertaking.

Paragraphs 116-119 - There is no requirement for SEP owners to grant licences on terms equivalent to the most favourable licence terms to all similarly situated licensees. Indeed, ETSI previously rejected proposals to include a “most favourable licence” term of this kind in the FRAND undertaking.

Paragraphs 131, 144-145, 146-148, 148, 150, 151-158 - The Court considers Article 102 [of the Treaty on the Functioning of the European Union], Huawei v ZTE , the facts of the present case and the decisions of the trial judge and the Court of Appeal. It confirms that bringing an action for a prohibitory injunction without notice or prior consultation with the alleged infringer will infringe Article 102. However, the nature of the notice or consultation required will depend on the circumstances of the case: there is no mandatory requirement to follow the protocol set out in Huawei v ZTE. On the facts, what mattered was that Unwired had shown itself to be willing to grant a licence to Huawei on whatever terms the court decided were FRAND. Unwired had not therefore behaved abusively.

Paragraphs 164-169 - There is no risk that Unwired or Conversant could use the threat of an injunction as a means of charging exorbitant fees, since they cannot enforce their rights unless they have offered to license their SEPs on terms which the court is satisfied are FRAND. Moreover, an award of damages would not be an adequate substitute for an injunction.

Conversant CEO Boris Teksler welcomed the news and pointed to its significance for the wider licensing market. “We are obviously extremely pleased at the decision of the UK Supreme Court on a topic fundamental to how IP is licensed in the telecoms sector,” he said. “The decision reflects the court’s deep understanding of the issues that affect our sector and encourages us to drive this industry forward.”

A spokesperson for Unwired Planet commented that: “Unwired Planet and its other PanOptis related companies believe that global licensing is the most efficient and effective solution for both licensors and licensees. We look forward to continue working with other manufacturers to offer licenses to our patents under this global FRAND framework and conclude negotiations in a timely manner."

The original 2017 decision in the Unwired Planet case captured the SEP world’s attention when Mr Justice Colin Birss ruled that two of the NPE’s patents were valid and essential and determined a FRAND rate for Unwired Planet’s global portfolio. In his decision, Birss ruled that determining a rate country by country was impractical and introduced the concept of the FRAND injunction whereby Huawei was not compelled to accept the judgment but would suffer a UK injunction if it did not do so.

The approach taken by Birss was alomost entirely upheld by the Court of Appeal and, in a confirmation of its significance, the case was then taken by the UK Supreme Court, which combined it with a  similarly important SEP fight between Conversant and Huawei and ZTE. In that case the pair of Chinese tech giants argued that China was the appropriate venue for their dispute and that Chinese courts should make the relevant FRAND determinations.

The Court of Appeal subsequently upheld that decision and it was left to the parties to make their final oral arguments to the Supreme Court in the combined case in October last year.

The original cases helped vault London from being a relative SEP backwater to a major venue for complex licensing fights. Since the original Unwired Planet decision was handed down, that status has grown as others such as InterDigital, in its fight with Lenovo, have brought high-profile cases to the UK or added the country to their list of preferred venues for major FRAND fights.

In a market where major court decisions involving SEPs are relatively few and far between, many in the licensing community have welcomed the detailed approach taken by the courts in London in laying out what should constitute fair, reasonable and non-discriminatory licensing. Today’s lengthy decision adds significant detail to the steadily growing global case law and for SEP owners in general provides another boost in a summer of notable highlights. 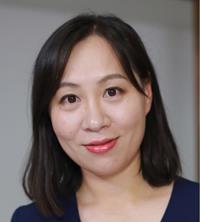