Avanci, the platform headed by former Ericsson CIPO Kasim Alfalahi focused on licensing wireless technology into different verticals in the Internet of Things (IoT), has published its royalty rates for car companies. Licensees will be expected to pay between $3 and $15 per car depending on the level of wireless technology in the vehicle. The news comes a little over a week since Avanci announced that German car giant BMW had signed up as its first licensee.

For the most basic level of connectivity, which gives drivers the ability to make emergency calls, manufacturers will have to pay $3 per vehicle. For 2G and 3G wireless technology (including emergency calls) the price is $9 and for 4G (which also includes 2G/3G and emergency call functionality) it is $15. The price will remain fixed regardless of whether additional patent owners join Avanci.

The news comes more than a year since Avanci launched with the aim of simplifying the licensing process for mobile technology in the car industry, as well as in other IoT verticals including smart meters and connected homes (Avanci is yet to announce its rate for either of those sectors).

“We have spent a lot of time talking to all of the stakeholders who are willing to engage with us to understand the telecom culture and the automaker culture which is very different,” Alfalahi commented. “The aim was to find a common ground between these two industries and I think we’ve got a price that auto companies are willing to pay and which is fair and reasonable.”

The announcement of Avanci’s pricing structure provides the auto industry with the first clear guidance on what it can expect to pay for a licence to wireless patents that cover a significant part of the total SEP universe. Alfalahi has claimed that Avanci’s licensors - which include Qualcomm, Ericsson and ZTE and, most recently, Japanese sovereign patent fund IP Bridge - covers almost 50% of the standard essential patents (SEPs) relating to 2G, 3G and 4G technology. As connected cars have come onto the market and with vehicles set to become increasingly sophisticated, thanks to the forces of convergence, so auto makers and their suppliers have been facing up to a very different patent licensing world.

Avanci’s fixed price applies to all makes of car and does not depend on a vehicle’s final price, which means that an automaker will be paying the same for connectivity whether its Hyundai or Ferrari. “This model means it’s very easy for companies to understand that everyone is being treated the same and getting the same deal,” Alfalahi stressed.

The rate will also apply worldwide and so will not vary according to where the cars are sold, which is in contrast to some licensing pools like Via, which have started to introduce different rates for domestic manufacturers in emerging markets. Alfalahi admitted that they had looked at the option of offering differential rates but had ultimately decided against. “For us it’s really a matter of having a very clear, simple model and a customer who thinks that this is a fair price,” he said.

It is notable that in its recently issued Communication on SEP licensing, the European Commission put a great deal of emphasis on the importance of transparency and on the role that patent pools could play in enabling the diffusion of IoT-related technology. With today’s announcement, Avanci looks to be delivering on both fronts.

So is it a fair price? According to auto industry data source, Kelley Blue Book, the average price of a new car or light vehicle in the US is around $35,000. That means that Avanci’s top rate of $15 represents about 0.04% of an average car’s price. If Alfalahi is right about the proportion of the mobile SEPs that Avanci’s licensors currently own, then, using his number as a guide, the price to license the entire SEP universe for 2G, 3G and 4G connectivity in a car currently should be around $30 - assuming that no more patent owners join Avanci. As a proportion of the final price of a typical car that’s much less than SEP owners receive for a smartphone whose functionality depends more on its connectivity than a car's currently does. That said, a car’s connectivity is only going to become more important as vehicles becomes more sophisticated.

That calculation of $30 also assumes that no more patent owners will join Avanci which would mean that it wouldn’t grow the proportion of SEPs that it has to license. That seems unlikely which means that the overall price of connectivity for a manufacturer effectively drops as more IP owners sign onto the platform.

Whether this pricing structure results in push back from the industry remains to be seen. Things will become clearer if and when Avanci announces more deals. But given the amount of time it has taken for this announcement to be made it’s going to be hard for licensors and licensees to argue that they at least haven’t done their homework.

@IAM_magazine A unitary EU SPC system may be on the cards, but there are hurdles to overcome: https://t.co/0tOPpxN0bP https://t.co/jyKfMqfoDn Read more 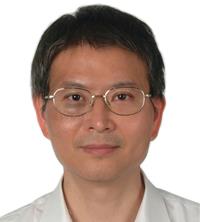