Corporates from Australia and New Zealand ignore IP issues in Asia’s developing countries at their peril, delegates to IPBC Australasia heard today. Speakers from both local and international companies made clear that it hardly matters whether rights owners transact any business in China, India or the emerging markets of Southeast Asia – a future-proofed IP strategy needs to include all fo the above as business ties between Australia, New Zealand and their Asian neighbours continue to grow.

Cochlear provides a good example of the trend. The company announced its intent to build a $50 million manufacturing facility in Chengdu, China last summer, marking its first plan to build its signature implants outside of Australia. Derek Minihane, the company’s vice president for sound processors and clinical care, has observed the major developments in the Chinese IP space over the last 15 years. He told delegates: “If you aren’t filing IP in China, you’re missing the boat. In 15 years you’ll have nothing to use there”. But for a company like Cochlear this is very old news. The company would not be moving to manufacture its most valuable inventions in China if it hadn’t spent a long time building up IP assets of all kinds in the country.

Invention patent protection was far from the only IP risk on the agenda today in Melbourne. New Zealand kiwifruit marketer Zespri mainly relies on trademarks and plant variety rights to protect its business, said in-house counsel Ricky Hann. Hann said that China in particular poses tough choices. If the Zespri mark is used on something like a handbag in China, the IP decision makers need to make a call about how much it is going to affect kiwifruit sales or the company’s brand reputation.

But when it comes to Zespri’s licensing business, it takes a very tough line. This year the company discovered that some of its protected varieties had been illicitly distributed in China. The company’s COO at the time said that despite the lack of a precedent for this type of case in China, Zespri has been “pleased and confident with the response” from Chinese authorities. Hann didn’t comment specifically about the China case, but told attendees “it’s important to publicise in industry journals when we go after unlicensed growers to show that it’s not easy to get away with and Zespri will come after you”.

An audience question from an Australian lawyer suggested that some SME clients remain sceptical about the efficacy of investing in IP protection in China. But for those companies that are not behind the curve when it comes to that country, the question is where next? Jari Vaario of Nokia was unequivocal about which markets he thinks will cause regrets in 10-15 years for companies that aren’t protecting their IP there now: Southeast Asia. The proximity of the ASEAN countries to Australia and New Zealand make them ones that should be on the radar for local companies with advanced IP functions.

Vaario noted that India is already a must-file jurisdiction for Nokia’s SEP patents, and expressed optimism about the enforcement environment there. Though Filippa Shub of Australian biotech company Starpharma noted that the story can be very different for pharmaceutical innovators.

Trade secrets are a key consideration in China and other Asian countries that are major manufacturing bases. Yen Florczak, 3M’s Shanghai-based assistant chief IP counsel for the Asia-Pacific, says the company has been able to use non-compete agreements aggressively and effectively to protect the company’s confidential information. It’s a two way street, panellists agree, and that means not just pressuring departing employees not to disclose your trade secrets, but also making very clear to new employees that you don’t want them to share any confidential information they may have picked up in their past jobs. Florczak notes that 3M’s reputation for respecting other companies’ IP and secrets in this way makes it a sought-after partner for collaboration with other business.

Australian and other companies that have business in China are often faced with a choice between trying to compete there as a wholly foreign owned entity or pursuing a joint venture with a local player – a decision with huge IP implications. Rio Tinto’s senior advisor for patents and technical IP, Rebecca McCrackan, noted that the company has recently formed a large partnership with a Chinese group. Her team took part in a due diligence process that touched not just on IP risk but many other factors including cyber vulnerability, another issue that touches on IP. Florczak summed up 3M’s approach by explaining that when it does partner with Chinese entities, it does so only with very large ones.

Of course there was also no shortage of discussion of the local IP dynamics facing Australian and New Zealand companies. The recent IP policy recommendations made by the Australian government elicited strong debate on both sides, particularly over the usefulness of the second-tier innovation patent, which the government plans to abolish. For moderator Grant Shoebridge of Shelston IP, it was a reminder that what he called an “anti-innovation mindset” can create its own species of IP risk, much closer to home. 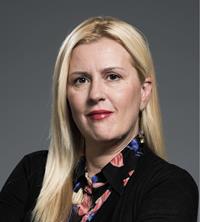