While it may be surprising to see the conflict between Apple and Qualcomm escalate drastically, it is hardly a shock that China is where Apple has chosen to ramp up pressure on a key vendor with a pair of major lawsuits.

According to media reports, Apple lodged two separate complaints against Qualcomm with the Beijing IP Court. One alleges violations of China’s Antimonopoly Law, to the tune of 1 billion yuan ($145 million). The other is a challenge to the chipmaker’s licensing practices, which are described as “unfair and unreasonable”. The new move comes on the heels of a similar suit in the United States by Apple, that itself followed the FTC complaint covered in this blog last week. Qualcomm has dismissed Apple’s actions as a meritless effort to pay less for the technology it uses.

During a call with Wall Street analysts, Qualcomm president Derek Aberle clarified that Apple has been offered the same terms as the company’s other licensees in China. According to an analyst on that call, Apple is claiming those terms – which were laid out in a so-called rectification agreement with China’s NDRC in 2015 – have never been adopted or endorsed by any agency or court. General counsel Don Rosenberg responded that the rectification plan was “agreed to” by regulators and Qualcomm has since signed over 120 licence agreements “under the supervision of the NDRC”.

Qualcomm has already seen off one attempt to have China’s courts review its agreement with the NDRC, settling a dispute with Chinese mobile maker Meizu at the end of last year. As we wrote at the time, the case was a test of Qualcomm’s entire licensing model in China. Apple understands this, and by once again putting this question before China’s courts, hopes to ratchet up the pressure on Qualcomm significantly. Meizu probably won’t be the only smaller Chinese OEM watching from the sidelines and perhaps hoping deep pocketed Apple will get further than it did.

Qualcomm also signalled that its compliance situation in China has improved over the past quarter. With licences agreed upon with both Meizu and Gionee, the company is now collecting royalties from all of the top 10 Chinese OEMs. Where in November executives had admitted to falling short of their goal of collecting on 75% of Chinese OEM global devices sales, they now say that figure is around 80%. The progress made on this front underlines the high stakes for Qualcomm in defending the licensing model it has built up over the past two years.

Apple takes the initiative in this dispute after finding itself on the defensive side of a series of Chinese patent infringement complaints. That includes another dispute with another supply chain partner, BYD Electronics. The two companies settled that case. More recently, it has been the target of NPEs, including a US entity called GPNE that recently filed a $130 million claim in Shenzhen after similar efforts in US courts came to a dead end.

Foreign tech executives are no doubt aware that big patent suits of both the competitor and NPE variety are slowly but steadily on the rise in China. The lack of a long track record of such cases, however, makes it a difficult jurisdiction in which to assess the risk, which can create a lot of leverage. It’s almost more surprising when a multi-front global patent dispute doesn’t have a China element (like Nokia’s recent assertions against Apple). 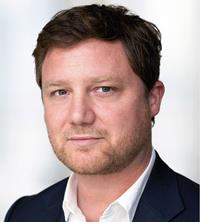