A somewhat hostile question from an Apple-linked private practice lawyer sparked a heated and, at times, ugly exchange of the sort rarely seen at patent conferences in Beijing this afternoon. Apple and Chinese firm Iwncomm have been battling it out in Chinese courtrooms for more than a year, and attendees at the China Patent Annual Conference, which kicked off today at the China National Convention Center, saw it play out before their eyes.

Iwncomm is far from a household name, even in its native China (where it’s also known as Xi’an Xidian Jietong). But its IP profile has risen significantly since it became the first plaintiff to obtain an SEP-based injunction in China. In a session focused on IP licensing which also featured Apple senior legal counsel Steve Wang, Iwncomm managing director Cao Jun introduced his company and explained his view on why China shouldn’t be afraid to strengthen IP protections.

As IAM readers will remember, the Beijing IP Court ruled in favour of Iwncomm in an SEP infringement case against Sony on 22nd March this year. The court ordered an injunction covering 35 Sony mobile device models that it found to infringe the WLAN Authentication and Privacy Infrastructure (WAPI) standard, a domestic WiFi alternative that is mandatory for handsets sold in China. As we also reported at the time, Apple is engaged in a parallel fight with Iwncomm over the same patent’s validity. With its initial 2016 invalidation attempt having been rejected by the PRB, Apple has appealed the case to the Beijing IP Court.

Cao acknowledged from the outset his company’s recently gained prominence through the landmark decision it won last March. But he said the case is the last reason he’d like his company to be well-known. “It doesn’t make me happy to become well-known as a result of patent litigation," Cao said. “I love the technology; when I have to litigate, it’s a waste of my time and energy.”

Cao also mentioned upfront that he does not typically appear at IP conferences. “I’ve been blamed for being a quick-tempered person who offends people,” he noted, “so I’ll skip the clichés and talk about the experiences I’ve had”.

The experience he detailed was a familiar one for many IP owners. “Our revenue has not necessarily caught up with the increased implementation of our invention,” Cao stated. While the first R&D and patents related to the WAPI standard came in 2001, Cao said that the company had only started to earn revenue from the technology in 2010. “If the patent cannot be protected,” Cao asked, “why would I engage in the endeavour? Why would I invest so much in all aspects?” The answer, he said, is that he had faith in the IP system.

According to slides shown by Cao, Iwncomm has several hundred Chinese patents, about 40% of which have counterparts in foreign jurisdictions. Now, he said, Iwncomm is “harvesting licensing fees after years of work”. He said he hoped Iwncomm’s example showed that China should work to be a leader rather than a follower in standards setting, and that Chinese companies shouldn’t be afraid of stricter IP enforcement.

In a line that garnered applause from the audience, he entreated companies: “If somebody challenges your bottom line, just fight back with no hesitation.” Cao then went on to criticise unnamed counterparties for negotiation practices he described as indecent. He concluded his remarks by saying: “If you think you’re ‘too big to fail’ and have the right to abuse others’ IP, then you’re wrong."

A delegate who later identified himself as Gordon Gao of Fangda Law Firm then rose to ask a question about the WAPI standard. It’s well known in the market that Apple is a client of Gao and his firm. For some context, here’s what this blog wrote about the standard back in March:

The WAPI standard, which was designed as a domestic alternative to WiFi, has been a controversial one. Attempts in 2003 to require foreign firms to adopt the standard sparked a trade dispute with the United States, and the ISO rejected WAPI in favour of IEEE-developed WiFi a couple of years later. The WAPI protocol is almost never used, including in China, but it is still a mandatory testing criteria for connected mobile devices sold in China. That means if your mobile device doesn’t support WAPI functionality, the government won’t approve its sale in China.

The question began: “I apologise if this offends you, but if your patent is quite important, it’s sad for our whole patent system in China. Every one of us needs to pay a WAPI patent fee to you, but not many in this room have used WAPI technology.” In a move that visibly angered Cao, he then asked for a show of hands in the room and declared that not a single person there had actually used WAPI.

“Can you tell us who you are? Can you tell us who you represent?” Cao shouted. He then demanded to know whether Gao is a Chinese or US passport holder, a line of questioning Gao described as “disgraceful” and "irrelevant". Much of what followed was lost in cross-talk, and I would imagine I did not get the full effect as the poor simultaneous translator struggled to keep up. But Cao concluded by telling Gao: “You’ll pay for what you’ve done, on my honour” as he left the stage.

It must have been an awkward few minutes for Qualcomm senior vice president Mark Snyder, who was moderating, as well as Steve Wang of Apple, who it should be noted, made no mention of Iwncomm in his presentation and took no part in the Q&A fireworks. I’m not sure any side will be particularly pleased looking back on how the episode played out. But let it serve as an uncomfortable reminder that, as this blog has cautioned before, emotion and patent litigation do not mix. 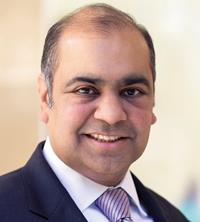