As the United Kingdom’s highest court decides key cases against Huawei and ZTE, the verdict looks set to have a huge impact on the licensing of SEPs

In late October, the UK Supreme Court spent four days considering the appeals mounted by Huawei and ZTE against the decisions of the High Court and Court of Appeals in Unwired Planet v Huawei and Conversant v Huawei and ZTE. Both revolved around key issues in FRAND licensing and, in particular, the ability of UK courts to set global FRAND rates and then issue so-called ‘FRAND injunctions’ if the prospective licensee fails to agree a licence based on the rate set.

Reporting from the courtroom for IAM was Daniel Hermele, a barrister and patent attorney with long experience in the world of SEPs. With a verdict expected at some point in early 2020, here is what he had to say at the conclusion of the oral arguments.

I attended each day of the hearings as a special correspondent for IAM. This article focuses on three related issues raised in the Supreme Court hearings:

Non-discrimination is a discrete issue and likely to go in favour of Unwired Planet. Once FRAND benchmark royalties have been determined, a potential comparable licence, which was discounted for that purpose, cannot nevertheless be applied under a standalone non-discrimination factor to reduce royalties below the FRAND benchmark. This would defeat one of the balanced objectives of ETSI’s IP policy to fairly and adequately reward IP owners.

The argument on the interpretation of the European Court of Justice decision in Huawei v ZTE is simply a non-starter and was not even addressed in oral argument by Huawei.

In Unwired Planet, the Court of Appeal rejected Huawei’s position requiring Unwired Planet to license country by country, finding that this would lead to holdout. The relevant part of the decision was as follows:

The reluctant licensee would know that, on the assumption it could only be required to take licences country by country, there would be no prospect of any effective injunctive relief being granted against it provided it agreed to pay the royalties in respect of its activities in any particular country once those activities had been found to infringe. So it would have an incentive to hold out country by country until it was compelled to pay.

Huawei needed to overcome this position at the Supreme Court. Therefore, it approached this from three directions with arguments aimed at limiting:

There was no dispute about the international scope of ETSI standards, with globally operating implementer companies and globally usable standards-compliant products. Nevertheless, Mark Howard QC for Huawei claimed that it was “unarguable” that ETSI’s IP policy requires SEP-by-SEP licensing.

Judging by their questions, their lordships appeared to understand the distinction in ETSI’s IP policy between the functions of disclosure of IP rights that may be essential under Clause 4.1 and the provision of a FRAND undertaking in accordance with Clause 6.1.

While disclosure is necessarily granular (potentially essential patents must be listed individually), the FRAND undertaking is intended to cover all the IP rights that are or become essential to a standard or technical specification. Huawei’s claim that ETSI requires SEP-by-SEP licensing seemed to amount to no more than eliding these two functions.

Contradicting his own position, Mr Howard volunteered that an implementer could not demand a licence to a single SEP of a portfolio of UK SEPs – presumably because the only purpose for doing so would be to engage in holdout. However, where country-by-country licensing is found to be a “blueprint for holdout”, Mr Howard’s admission appears to apply more broadly to demanding a licence to a single country sub-set of a global portfolio.

In the Unwired Planet judgment, the Court of Appeal held that the FRAND undertaking is singular and of “international effect”. The Supreme Court is likely to uphold this finding.

However, he provided no support for this position from the language of ETSI’s IP policy. On the contrary, as pointed out by Adrian Speck QC for Unwired Planet, the ETSI FRAND undertaking is an undertaking to grant licences, not a voluntary restriction on remedies for patent infringement.

I would be extremely surprised if the Supreme Court is persuaded by the damages-in-lieu argument. Not only is this unsupported in ETSI’s IP policy, it fundamentally contradicts it and does not result in any FRAND licence being agreed. Licences are important to both SEP holders and implementers with provisions such as term, capture conditions for IP rights, cross-licences, other considerations and audit provisions.

Second, Mr Howard argued that to grant a UK injunction in the absence of the implementer’s acceptance of a global licence would be disproportionate. In contrast to Mr Howard’s characterisation, Mr Speck argued that the FRAND undertaking was a promise to trade the SEP holder’s right to exclude a licence on FRAND terms. In this way, a FRAND injunction (ie, an injunction that would be discharged if the infringer accepts a licence adjudicated by the court to be FRAND) is precisely what ETSI envisaged the FRAND trade-off to be and therefore is likely to be considered proportionate.

Moreover, where a licence is determined to be FRAND, the court will seek to provide a remedy for the SEP holder against the unlicensed implementer. One option would be to compel the implementer to accept the FRAND licence, but UK courts seem reluctant to do that. The other option would be to issue a FRAND injunction. However, not compelling the acceptance of a licence and not issuing an injunction would leave the SEP holder with no remedy at all. This is an unlikely outcome for the Supreme Court to countenance.

Mr Howard – and to a lesser extent, Michael Block QC for ZTE – attempted to limit the scope of FRAND determination that a UK court could undertake by relying on arguments of justiciability, comity and forum non conveniens.

Mr Howard argued that, without binding decisions on the validity and essentiality of individual patents, it would not be possible for the courts to make a FRAND adjudication beyond the patents in suit. “The moment a defendant raises the issue of invalidity” of a foreign patent, he argued, determining global FRAND licence terms becomes non-justiciable.

Mr Speck’s response, in a nutshell, was as follows:

I expect that the Supreme Court will be more comfortable with Mr Speck’s approach of a practicable contractual defence, which can be addressed by a single court, than with Mr Howard’s approach of a multitude of patent infringement proceedings around the world.

Mr Howard also argued that the scope of the FRAND adjudication should be aligned to the scope of the injunction to avoid “international coercion” or “leveraging the jurisdiction of the UK courts”. However, adjudicating FRAND terms is the same task whether it is raised by way of a standalone prayer for declaratory relief, or specific performance, or by way of a contractual defence to an injunction. It is hard to see how the manner of raising a FRAND adjudication could determine its proper scope and outcome rather than the facts and evidence in the particular case.

Mr Block argued that the Court of Appeal in the Conversant decision had wrongly presupposed the nature of the dispute when considering the forum question by holding that the FRAND aspects were an inseparable part of the dispute on the UK patents rather than the other way around. The Court of Appeal would not have held that UK courts were a proper place to bring a FRAND claim alone, he argued.

This is a more credible argument, but not apposite to the present case. At one point, Lord Reed said that there was “more of an argument on forum before the claims were focused on injunctive relief” and Mr Speck admitted that if there was a truly willing licensee asking for the specific performance of the FRAND obligation, there might be issues on forum – but that was not the case here.

The billion-dollar question – should the lower courts’ rulings not be reversed?

In conclusion, none of the arguments raised by Huawei are likely to be persuasive to the Supreme Court – the case presented for Huawei did not identify clear legal errors in the lower courts’ judgments. It may be seen as an attempt by an implementer to avoid taking a global licence determined by the lower courts to be FRAND on the basis of carefully considered evidence.

Both Huawei and ZTE pointed out the economic insignificance of the UK market to their global businesses. The billion-dollar question, then, is whether implementers such as these will choose to exit the UK market when faced with a UK FRAND injunction, rather than accept the global FRAND licence determined by the court – and what steps SEP holders would then take to enforce their property rights and secure a global FRAND licence.

Daniel Hermele is a barrister and patent attorney with 20 years’ commercial experience in the high-tech sector. He specialises in IP transactions, strategy and policy work with a particular expertise in FRAND licensing disputes and litigation. Mr Hermele has served on ETSI’s IP special committee and many other standards organisations’ policy groups 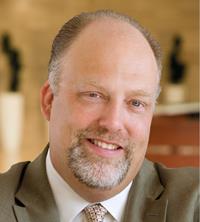