Ahead of key Commission meeting, group sponsored by US BigTech hopes for SEP licensing win

The head of one of the organisations involved in lobbying around the keenly anticipated European Commission Communication on the licensing of standards essential patents has told IAM he is optimistic that the final draft of the paper will deliver a positive outcome for his membership.

“I am hopeful that use based licensing will not be in the Communication and that license for all will be in there,” said Morgan Reed, executive director of ACT The App Association, whose sponsors include Apple, AT&T, eBay, Facebook, Intel and Microsoft. Reed was speaking just days after IP Europe – another industry grouping backed by companies including Ericsson, Nokia and Orange - warned that such an outcome would pose a significant risk to SEP licensors and have an adverse impact on the roll-out of 5G and Internet of Things technology.

Echoing a recent blog posting on the ACT website, Reed rejected IP Europe’s assertion and questioned the notion that license for all would be the major departure that is claimed. “It seems that we are using the same words, but assigning different meanings to them. Each side sees the world differently. Where you stand depends on where you sit,” he stated.

“We see license for all as an arrangement by which a chip maker can go to the SEP owner and say we want to produce chips with certain characteristics and want to take a licence that works for multiple potential downstream uses, many of which may not have been envisioned yet,” Reed explained. “It means that if you seek a licence you should be able to get one and that the licence should be inclusive. We believe that doing it in any other way will curtail innovation.”

Speaking from the US, the ACT executive director denied that his organisation’s advocacy of license for all was merely a way to reduce the royalties payable by big technology companies to originators and insisted that SEP owners have very specific obligations: “We are not talking about the traditional use of IP in which you can use patents to exclude. We are talking about organisations that have voluntarily put their patents into a standard. We are very supportive of patent rights, but when you enter into a standard you have agreed to certain obligations.”

What’s more, Reed continued, the danger posed by license to access in the context of innovation and the Internet of Things is significant: “They [the SEP owners] want companies to come to them, explain their use of the patents and then negotiate a licence. But with the IoT many uses have not been envisioned yet. If the SEP owners want a cut of every single innovation, that is going to slow things down. I don’t see how that creates value.”

Reed also implied that he was not too concerned that increasing the complexity and cost of SEP licensing from an owners’ perspective would lead them to pull out of standards setting: “If you look at the structure of claims in standard essential patents they look like they have been specifically aimed at the standards space - they are broad and non-specific. That is very different to the kind of tight claim construction that you would typically see around a patent that covers very new, non-obvious use.”

SEP owners, Reed stated, would still generate a healthy income from licensing in the age of IoT. “We do not want to take their ability to do a deal away; but they may get their returns from different parts of the value chain,” he explained. “The primary purpose of standards, the way they should be judged, is do they enable the envisioning and invention of new things. They should allow us to move quickly to the most exciting areas,” he continued. “I fight the battle that is in front of me, but would welcome the opportunity to look at ways to shape licensing programmes that reflect the new realities of the IoT,” Reed concluded.

Various European Commission directorates-general are due to meet tomorrow to agree the final wording of the Communication before it is made public on 29th November. Although not a legal text, the fact that it comes from the Commission will undoubtedly make the document extremely influential in SEP-related deal-making and related disputes.

If big US technology companies were to see the language they want in the final paper it would be a major development: the European authorities are not naturally predisposed towards giving Silicon Valley a break, especially when the perceived interests of some of Europe’s biggest technology companies are at stake. However, the Competition DG – which is thought to be championing license for all – has long been very sceptical of strong IP rights, so perhaps none of this should be too much of a surprise.

But although confident that things will go ACT’s way tomorrow, Reed is not counting his chickens just yet: “This was supposed to have been settled in the summer and now we are talking about the end of November. If there is another delay we will continue to educate. We don’t want to see something pushed out now that does not reflect the realities of what Europe needs.” 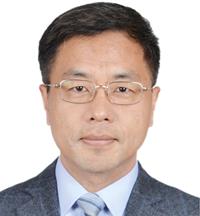