By David Kennedy and Larry Tedesco

Determining FRAND royalty rates in SEP portfolio licensing has become a widely discussed topic in recent years as mobile phone standards have rapidly evolved and an increasing number of handset manufacturers have entered the mobile handset market. This chapter introduces the basic tenets of FRAND licensing and discusses how comparable licence agreements entered into by SEP owners can be analysed and unpacked to determine dollar-per-unit or effective percentage FRAND royalty rates.

One of the most well-known standards-setting organisations is the European Telecommunications Standards Institute (ETSI), which develops worldwide standards for information and mobile communication technologies. As a general rule, when patented technology is adopted into telecoms standards set by ETSI, the use of the patent (known as the ‘SEP’) becomes essential to implementing the standard. Since manufacturing a product that complies with that standard without practising the patent becomes impossible, ETSI requires that the patent owner agree to license its SEPs on FRAND terms.

While there are a variety of techniques to determine FRAND royalty rates for SEPs, bilaterally (or arm’s-length) negotiated licence agreements adjusted for comparability are one of the best indications of the true market value of the patented technology. However, ‘adjusted’ is the key term for consideration of comparative pricing or royalty rates. Those adjustments are the most significant elements of ‘unpacking’ comparable agreements and require the most real-world licensing experience.

Comparable licences are often a direct and important source of real-world information considered by licensees and licensors as a starting point in valuing patents and patent portfolios because comparable licences distil a great deal of exchanged economic information into one package – the price or fully negotiated royalty rate paid for using the patented technology. However, any so-called ‘comparable licences’ must be put into context to be useful in any analysis of FRAND royalty rates.

With respect to valuing SEPs, an analysis of arm’s-length negotiated comparable licence rates, if available, is a useful data point as a measure of (unadjusted) FRAND royalty rates from an economic and licensing perspective for at least two reasons:

However, extracting implied royalty rates (especially dollar-per-unit rates) from licence agreements is often a difficult task and can require a significant amount of analysis and financial modelling. The structure and terms of a licence can vary significantly. Licences can be based on running royalty payments, lump-sum payments, cross-licence value, non-cash consideration or a combination of one or more of these and potentially other transfers of value (eg, simultaneous joint development or supply agreements, trading patent picks between licensee and licensor and also covenants not to sue or enforce certain non-SEPs). In addition, running royalties can be calculated on a percentage of sales basis, on a dollar-per-unit basis or as a ‘hybrid’ using percentage of sales combined with dollar-per-unit royalty caps and floors.

The most important aspect of a licence agreement for licensing experts when analysing licence agreements is to identify what a licensee really paid for a licence when converted to dollars for comparison. In order to do this, it is often necessary to ‘unpack’ licence agreements to determine the true value and the effective royalty rate that the parties agreed to and had in mind during the licence negotiation. To unpack a licence agreement an analyst must identify and assess all the financial consideration exchanged or promised, various projections of future economic conditions affecting royalties and the structure of future obligations based on uncertainty or payment structure.

The methodology for unpacking a licence depends on the structure of the licence. Most SEP licences are structured based on two different criteria:

When a licensee does not own a portfolio of patents that confers meaningful grant-back value to a licensor, the licensee typically compensates the licensor for the licence with cash payments only. Such licences are known as ‘one-way licences’.

Licensees make royalty payments in several forms. Some licences are structured where the licensee pays a royalty on each unit sold – known as ‘running-royalty licences’. Other licences are structured where the licensee makes a fixed payment (either all upfront or at the beginning of each year) to cover all sales in a given period – known as ‘fixed-payment licences’ or ‘lump-sum licences’. Sometimes a fixed-payment licence may give the licensee the option of paying a running royalty rate or may require the licensee to make running-royalty payments after its sales exceed a certain threshold that was covered by a fixed payment.

Each type of licence must be unpacked using a different methodology:

An analysis of comparable licences that are one-way, running-royalty rate licences is often straightforward. The running-royalty rate contained in these types of agreement can be multiplied by the estimated wholesale average sales price (ASP) for each technology contained in the licence – such as GSM/GPRS, EDGE, 3G and 4G, to derive implied dollar-per-unit royalty rates. IDC, a global market intelligence firm, is perhaps the only company that reports handset sales prices by technology, for each technology, and for all handset manufacturers. However, IDC reports retail prices, not wholesale prices. Since handset royalties are typically paid on the wholesale price of a handset and margins vary widely between manufacturers, an adjustment is needed to convert retail prices to wholesale prices.

One way to make this adjustment is to compare retail ASP levels to wholesale ASP levels as reported by independent data reporting companies such as IDC and Strategy Analytics. Based on such comparison, it is possible to calculate a multiplier that would convert retail ASPs into wholesale ASPs.

The total consideration flowing to a licensor is in the form of royalties and reciprocal licence value (see Figure 1).

There are a number of ways to assess a licensor’s and licensee’s portfolio strength, including an analysis of approved SEP contribution data, as well as an analysis of each parties’ ratio or number of ‘truly essential’ SEPs by qualified independent third parties, or even through a cooperative technical analysis between the parties to the agreement.

With a portfolio strength ratio value, it is possible to calculate a licensor’s implied one-way royalty rate (see Figure 4).

Discount rates for future revenues are generally higher because they involve a large amount of uncertainty. Future sales are dependent on future business success and the mobile phone handset industry is notoriously competitive. As such, the risk of a licensee achieving its projected sales (and, in turn, the risk of a licensor in collecting running royalties on those sales) is commensurate with the usual business risk of the licensee, which is traditionally measured by a company’s cost of equity or weighted average cost of capital, depending on the market conditions faced by that company.

Discount rates for future fixed payments are different from those for future running-royalty rates. A promise to pay a specific amount is not dependent on actual sales. This makes fixed-payment licences much more valuable (excluding collection risk). There is far more certainty with fixed payments and this certainty is valuable. The value of this certainty is reflected in the discount rate. Fixed royalty payments are generally discounted using corporate debt rates because the risk of the amount of payment is less given the fixed, known nature of payments compared to the risk of very uncertain projected revenues or units.

Once effective royalty rates are determined based on the above, further adjustments must often be made to establish licence agreements as comparable. These adjustments include timing, volume, pricing of each company’s products and the level of utilisation of the technology within the company’s products.

SEP owners often offer discounted rates to parties that more rapidly reach agreement on a licence or that take a licence early in the lifecycle of an overall licensing programme. Those discounted rates reflect the lower costs that are thereby incurred by the licensor, and the positive signals that are sent to the marketplace of other prospective licensees. SEP owners may grant lower rates to these early adopters. Late adopters (or companies that engage in ‘hold out’) are not entitled to such discretionary discounts.

SEP owners may offer lower effective royalty rates to licensees that command a large volume of sales; licensors are incentivised to do so for several reasons:

When analysing potentially comparable licence agreements, it is important to ascertain whether the agreement being analysed was the result of litigation – which is a common occurrence, as licensing and litigation are often intertwined. A study published by the American Intellectual Property Law Association estimated that the average cost of litigation in a patent infringement action ranged from about $1 million to $6 million, depending on the size of the case. In fact, in a number of FRAND-related cases involving large portfolios of SEPs, the cost of litigation through trial has greatly exceeded the top end of that range. Should litigation be necessary to enforce a patent, as is often the case, a patent owner can also expect a substantial delay between the filing and the resolution of litigation. This delay translates to more costs for the licensor, which the licensor tries to recoup in a subsequent licence agreement. Litigation and settlement costs tend to increase as a case reaches key events (complaint filed, complaint served, answer filed, Rule 26 scheduling conference, claim construction order, summary judgment order and trial). Licences that are entered into as the result of a full litigation through trial are likely to be for a higher amount than the same licence that was entered into soon after a complaint was filed. As such, a careful examination of the litigation history related to potentially comparable licences is extremely important.

Potentially comparable licence agreements are a useful data point when determining FRAND royalty rates because they distil a great deal of exchanged economic information into one package. However, it is imperative to perform a comprehensive analysis of potentially comparable licence agreements and make relevant adjustments for true comparability. While this chapter covers some of the primary considerations necessary for examination to reach a comparability determination, it is by no means exhaustive. 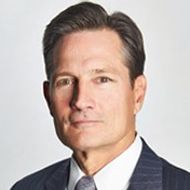 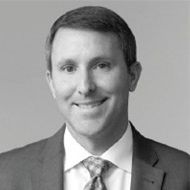