Over the last decade, patent litigation has become more global, cases have grown more complex and costly, and litigants have turned to new venues – sometimes in the same country – as they battle for leverage over their courtroom opponents.

Rights holders and their lawyers face a dizzying series of changes in case law, as well as to policy and legal systems around the world, which are reshaping how patent court cases are fought.

A decade ago, companies in the United States were yet to feel the full effects of the uncertainty around patentable subject matter. The PTAB was about to be created by the America Invents Act but it would still be several years before the impact of the so-called ‘patent death squad’ would hit rights holders and the litigation scene in general.

Back then, although Europe’s courts were admired and respected, they were not as central to high-profile disputes – particularly in the SEP FRAND space – as they are now. And China’s plans to become a centre for IP disputes complete with specialist IP courts were yet to emerge.

To dig deep into the current state of play IAM has conducted its first benchmarking survey to focus specifically on global patent litigation. As well as gauging the overall global climate we asked respondents to share their views on the relative merits of the world’s largest, most important jurisdictions and some of the leading emerging markets.

The results offer a fascinating insight into how litigators across the globe view the current landscape and what they anticipate will be the main trends to come in the next few years. 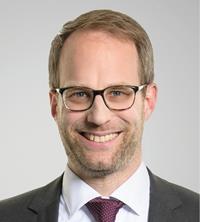