Fintiv and the increased need to be expeditious 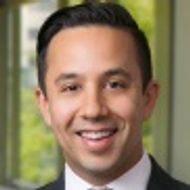 In what has become quite controversial, the PTAB has been using its discretion under 35 USC Section 314 to deny petitions for inter partes reviews that are involved in parallel district court proceedings. The PTAB relies on several factors known as the Fintiv analysis, including:

Under these factors, the PTAB can decide not to institute a timely, meritorious petition that otherwise complies with all statutes and regulations in order to avoid a duplication of efforts in the co-pending litigation.

Since the PTAB deemed the Fintiv analysis to be precedential, two more decisions related to Section 314, where the PTAB instituted review of patents that were involved in district court litigation, were given the same designation on 17 December: Sotera Wireless, Inc v Masimo Corporation (PTAB 1 December 2020) and Snap, Inc v SRK Technology LLC (PTAB 21 October 2020).

Stipulations may become the norm

In Sotera Wireless, the PTAB noted that Sotera had stipulated that it “will not pursue in [the district court] the specific grounds [asserted in the inter partes review], or on any other ground… that was raised or could have been reasonably raised in an IPR (i.e., any ground that could be raised under Sections 102 or 103 on the basis of a prior art patent or printed publications).”

The PTAB followed Sand Revolution II, LLC v Cont’l Intermodal Group – Trucking LLC, noting that the “stipulation here mitigates any concerns of duplicative efforts between the district court and the PTAB, as well as concerns of potentially conflicting decisions… [and] such a broad stipulation better addresses concerns of duplicative efforts and potentially conflicting decisions in a much more substantial way… ensur[ing] that an inter partes review is a ‘true alternative’ to the district court proceeding.”

As such, in deciding whether to pursue a PTAB challenge with co-pending litigation, it is crucial to carry out additional analysis for whether a stipulation, such as the one sought for in Sotera Wireless, is something that the client is willing and able to do.

In Snap, the PTAB instituted a review, noting that “the District Court’s stay of the litigation pending denial of institution or a final written decision allays concerns about inefficiency and duplication of efforts… [and] weigh[s] strongly against exercising discretion to deny institution under NHK”.

Although each jurisdiction’s test for determining whether to grant a stay varies, stays are still granted in a number of jurisdictions and should be considered as part of the overall litigation/PTAB strategy.

A Lex Machina analysis of patent cases filed since 2018 shows that 71% of cases that sought a stay pending PTAB were granted. Broadly speaking, district courts generally consider several factors when determining whether they will grant a stay, including:

If a stay is a reasonable possibility in the relevant jurisdiction, as with the guidance presented above, one thing that can greatly influence the likelihood of it being granted – and in turn the PTAB proceeding instituted – is filing a PTAB petition as soon as practicable.

While Fintiv has resulted in an increase in the number of denials of institution under Section 314, there are a number of considerations that should be evaluated ahead of filing a PTAB petition that may influence the balance of the Fintiv factors to weigh in favour of institution, including:

Polsinelli provides this material for informational purposes only. The choice of a lawyer is an important decision and should not be based solely upon advertisement.