A Windy City wake-up call for the IP market

With the IP marketplace under scrutiny as never before, a recent initiative to create best practice standards around deal making, entity behaviours and other issues could be an idea whose time has come

What could be the first steps in the creation of a series of best practice standards relating to the IP marketplace were taken in late July at a meeting organised by the LES (USA and Canada) in Chicago. At a day-long workshop held on a scorching day in the Windy City, a group of more than 40 senior representatives from major operating companies, non-practising entities (NPEs) and intermediaries discussed possible plans to codify recognised good behaviours and processes in IP monetisation negotiations and transactions, and to share their thoughts on how such a process could be taken forward.

The LES initiative has come in the wake of increasing legislative and regulatory scrutiny of the IP marketplace, with moves in Congress to reform the US patent litigation system and the launch of a Federal Trade Commission investigation into the activities of patent assertion entities (PAEs) that will examine how they operate and the potential impact they may have on competition and innovation. There was also some speculation at the meeting that it is only a matter of time before corporate IP strategies – or more accurately their non-existence in all too many cases – may increase the danger of companies facing shareholder suits relating to lack of oversight of valuable assets. Businesses that can show they are following best practice standards would be less exposed to such actions; while self-regulation of the IP marketplace may persuade legislators and regulators that their interventions are less necessary.

In September, LES (USA and Canada) published a white paper written by Bill Elkington, the co-chair of the society’s Standards Focus Group. Among other things, Elkington explained the thinking behind the suggestion for the creation of standards in the IP market:

Improve the practice of IP management

At the start of the day the meeting was addressed by Bill Elkington, senior director of IP management at Rockwell Collins and co-chair of the Standards Focus Group tasked by LES with exploring the potential of the idea. He presented an overview of the main points to be discussed and the rationale behind the move. The aim, Elkington stated, is to improve the practice of IP management through the creation of management, transaction and financial product standards. Such standards would lead to greater transaction efficiency, establish recognised best practices to improve business partner and investor trust and provide guidance to the financial services industry for IP-based products that will meet investor and operating company requirements.

Three pilot programmes were then proposed:

After each presentation, those in attendance – split into five groups – debated a series of questions posed by the relevant advocate. Opinions were subject to Chatham House rules and cannot be reported by IAM; however, it would not be breaking any confidences to say that discussions were robust, with plenty of back and forth between participants. The groups were moderated led by an LES representative, each of whom took extensive notes that were passed to Elkington and his team at the end of the day for detailed assessment.

In early September, LES published a white paper* written by Elkington based on what was discussed in Chicago. It concluded that while some who attended the meeting expressed a level of scepticism, the broad consensus seemed to be that this was a project worth taking forward. For it to succeed, however, a lot more work will need to be done and a good deal more dialogue will be necessary. “In industry after industry, in field after field, standards have delivered huge benefits in reducing costs, increasing the efficiency of business processes, unleashing new product markets, sharing learning, and managing risk,” Elkington wrote. “And because of this, I think we owe it to the innovation and IP management community to press forward with all deliberate speed. Across our diverse industries, organizations, and roles, there is enormous value to be captured.”

A decision on whether to proceed with the project, the white paper states, will be made at the LES (USA and Canada) annual meeting taking place in San Francisco at the start of October.

While the details are still to be decided, any attempt to bring together such a disparate group of interests and to find common ground around standards is bound to be met with a degree of hostility; and it is undeniable that some in Chicago were not keen on the things they heard. What the meeting made clear was that those active in the IP market have a wide variety of priorities and motivations. Reaching a consensus among the many types of operating company will be a major challenge; and it is one that becomes even more daunting when NPEs and intermediaries are thrown into the equation. Anything that might involve the sharing of confidential information or strategic thought immediately arouses a level of circumspection, even suspicion, that will take a good deal of work to overcome; while many IP market players will only ever be interested in what works best for them.

This is something that Elkington acknowledges in the white paper: “The concerns and reluctance expressed by some are understandable. But these concerns should not discourage us. We should work with them, understand them, learn from them, and incorporate actionable changes into what we are doing to accommodate them, where we can.” That said, it was clear at the meeting that progress of some kind could be made and that, at the very least, discussions should be ongoing. That in itself was quite an achievement.

First steps on a long road

Although a vast amount of work lies ahead, that meeting in Chicago generated a level of goodwill which suggests at least that the first steps on a very long road can be taken with some confidence. Now it is up to LES to get the word out and ensure that there are as many participants, representing as wide a range of views, as possible. It may also be the case that for anything meaningful to emerge, the initiative must be something that moves beyond one organisation to encompass participation from many others too.

Intellectual property is under the microscope like never before; and the cold, hard stare of those who think that “something must be done” is getting ever more intense. Entities and individuals that work inside the IP market – especially non-operating companies – need to realise this and understand that going onto the front foot and dealing with some of the concerns that have been raised (however dubious they may sound) may well be the best way of ensuring their ongoing freedom to act.

* The white paper written by Bill Elkington on behalf of the LES (USA and Canada) Standards Focus Group can be downloaded here.

IAM is inviting members of the global IP community to nominate individuals for inclusion in the annual IAM Strategy 300, our unique guide to the world’s leading IP strategists.

This year, we are pleased to announce a significant expansion. For the first time, we will be including individuals working in operating companies, universities and research institutions in the publication. This means that there are now no limitations on who can be nominated as a leading IP strategist, just as long as they have demonstrable expertise and experience in the creation of IP value.

To nominate individuals for inclusion in the IAM Strategy 300, please click here.

The minimum requirement for inclusion in the guide is three nominations. These must come from people working outside the entity in which the person concerned works. Individuals who meet this criterion will placed on a long-list and given the opportunity to provide referees and background information that they feel could support their nomination. Using all of this information, the IAM research team will select the individuals for inclusion in the IAM Strategy 300 2015.

Self-nominations and nominations from individuals working in the same organisation as the nominee will not be accepted. Anyone who has been in previous editions of the IAM Strategy 300 will need to be re-nominated to be included in the 2015 edition.

If you have any questions about eligibility or the research process in the meantime, please contact [email protected]. 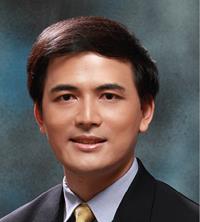