Less than a year since it hired former Apple IP executive Boris Teksler as its CEO on a $1 million salary, and just days since it secured a notable court win in the UK, Unwired Planet has announced that it is to sell its patent licensing business to Optis UP for $30 million. The purchase price may rise by up to $10 million on the second anniversary of the deal.

Teksler, who was Apple’s head of patent licensing and strategy before moving to head up the technology group at Technicolor in 2014, is expected to step down as CEO - although he will remain on the board.  The disposal should be completed in late June or July.

In a statement announcing the deal, Teksler commented: “My team and I joined Unwired Planet ten months ago, and in that time we have replaced a record of losses with several litigation victories. However, after assessing the company’s financial situation, we felt it prudent to develop a range of alternatives for our IP business.” Although it is not clear what direction the soon-to-be ex-NPE may now take, the statement adds that it is “considering preliminary proposals to create new businesses and has made non-binding proposals to acquire businesses in the financial services industry”.

Unwired Planet’s life as a licensing business began in 2012 on the back of mobile internet patents created by Openwave Systems, its predecessor company. But it was in early 2013 when it came to real prominence, after agreeing a privateering style deal with Ericsson. This saw the Swedish telco sell 2,000 patents to the NPE in return for a slice of future licensing revenues. According to the statement announcing the transaction Ericsson has given its blessing to the sale to Optis.

Speaking to IAM after the most recent UK decision, Teksler gave no hint that the firm’s position would soon change so dramatically. In quotes not included in the blog piece published on 29th March, he stated that he was looking forward to a further UK trial slated for October that would focus on how Unwired Planet reached its FRAND licensing rates. “We are hopeful that the court will confirm our approach and provide a much needed FRAND licensing framework for the industry,” he told IAM editor Joff Wild. Whether that trial now goes ahead remains to be seen.

According to the 8-K filing Unwired Planet made providing details of the purchase of the Ericsson patents:

IAM understands that the three year time limit is due to expire in February 2017, so Ericsson's blessing and effective waiving of their potential payout presumably remains crucial to this deal going through.

Since the deal with Ericsson occurred, it is fair to say that Unwired Planet has struggled to monetise the assets under its control. It did sell just under 150 patents and a licence to the rest of its portfolio to Lenovo for $100 million in 2014, but its efforts to assert its patents in US courts had produced very little.

On taking charge Teskler immediately shifted the focus of Unwired Planet’s litigation campaign to Europe where the promise of injunctions and expert courts continue to attract plaintiffs. That change of course appeared to be paying off as the NPE racked up some notable court victories against the likes of Samsung and Huawei.

Optis UP’s CEO Leslie Ware is not among the best known players in the monetisation market, but he does have an existing relationship with Ericsson. Ware’s principal company appears to be PanOptis Patent Management, which along with various other corporate vehicles such as Optis Wireless, filed five infringement lawsuits in Eastern Texas at the start of this year against Blackberry, Kyocera and ZTE.

According to court documents, PanOptis is in the process of monetising patents that it has picked up from Ericsson and Panasonic. Here’s an excerpt from a filing in the case it has brought against Blackberry: “Optis Wireless is the assignee of numerous patents, originally assigned to either Ericsson or Panasonic that are and remain essential (as defined by ETSI) to practicing the LTE standards.”

The extent of Ericsson’s role in the Unwired sale is not clear but as the deal press release highlighted, at the very least the Swedish’s telco’s blessing was sought. The original deal with Unwired Planet was done by then Ericsson CIPO Kasim Alfalahi. It was recently announced that he is to move from that position in order to head up a new Internet of Things licensing platform the company has developed.

Given the battering that many public IP companies (PIPCOs) have taken in recent years, moving the Unwired Planet assets to a private company makes a lot of sense. With the market continuing to suffer, it may turn out that Optis UP has taken the opportunity to pick up some decent assets at a very good price. 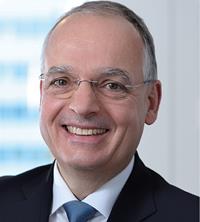