Last week this blog broke the news about two big moves in the patent licensing market. First up we reported that Peter Detkin had become a senior adviser at Sherpa Technology Group the IP consultancy set up by Kevin Rivette and formerly known as 3LP Advisors. We followed that with a story about former Microsoft licensing supremo Nick Psyhogeos striking out on his own with an IP and commercial negotiations consulting practice. As one of the key figures in putting together the software giant’s multi-billion dollar licensing business, Psyhogeos certainly has a significant track record behind him.

But it was Detkin’s move that looked particularly significant. It’s not an exaggeration to say that the IV co-founder and Rivette are two legends of the patent transactions and strategy world. As our story made clear, the pair estimated that they have been behind around $5 billion-worth of IP-related deals.  Having scaled back his IV workload in late 2014, Detkin will continue to spend 50% of his time working for the patent giant, while joining forces with Rivette will enable him to focus more on advising larger companies on their IP strategies.

These moves come at a time when we’re seeing a huge shakeout in the licensing industry. Over the last few years large numbers of senior executives, some with very respectable track records have been on the move, in many cases not of their own volition as assertion strategies have struggled. With that in mind a comment last week from Rivette stood out in particular. “It’s not just about focusing on monetisation anymore,” he remarked. “Instead it is a lot more nuanced than can we sue or sell.”

He then continued: “You have to be able to look at a company’s position in the industry, what deals might be doable, whether it owns the right assets, how any actions might affect the supply chain and so on.”

That the licensing market has changed markedly in the last few years will not be news to anyone who regularly reads this blog. Rivette’s comments reflect the broad swathe of changes in the US that have made a litigation-led licensing model far more challenging and expensive. And for anyone on the move, either to strike out on their own or looking to land an in-house job, that shift makes this a particularly challenging market in which to find a new role.

There is a generation of licensing talent that developed their skills in a very different climate and transferring those to a market that is dominated more by large corporates, is less driven by litigation and is much more international is by no means easy. Of course it helps, as in the case of Detkin and Psyhogeos, if you have billions of dollars of licensing deals behind you. Many others do not have that kind of track record. 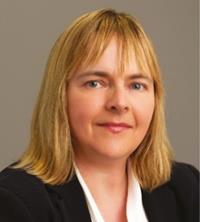