A round-up of IP-related quotes, observations and opinions fromthe recent past ...

Erich Spangenberg, the co-chairman and CEO of IPNav, is to step down as the head of the business by the end of the year, he has confirmed to IAM in an exclusive interview. Deirdre Leane, currently the firm’s president, will replace him. Spangenberg will remain involved in the business, focusing on major licensing campaigns and relationships with large companies.

The IAM blog reveals that Erich Spangenberg is to relinquish his position as CEO of IPNav, to be replaced by Deirdre Leane, May 29

Cantor Fitzgerald announced today an innovative, new Global Intellectual Property Auction Marketplace to provide a suite of solutions to patent owners, acquirers and those seeking to secure rights in intellectual property (IP) assets. Cantor is developing its Intellectual Property Auction Marketplace in response to market participants’ interests for an efficient, transparent platform for IP transactions, and in recognition of the continuing expansion of the IP market and need for enhanced liquidity in this growing asset class … Cantor Fitzgerald’s IP platform builds upon Cantor’s extensive experience in creating world-class, proprietary, technology-based tools and marketplaces that provide outstanding transactional and liquidity solutions to buyers and sellers across a range of asset categories … Cantor’s IP asset business is led by Managing Director, Andrew T. Ramer, a pioneer of the intellectual property auction and transaction market.

Press release issued by Cantor Fitzgerald announcing the creation of a new IP sales platform under the leadership of Andrew Ramer, June 9

The bottom line is that I was not happy after leaving the Chief position and it hit me that I need to leave while I am young and full of energy to change the world … With that in mind, my plan for the future is to Teach And Teach And Teach.  I have always taught a week in Munich every May.  And I hope to teach April and December at Tsinghua (hopefully Guobin will let me teach two classes, not just one – maybe an IP survey course – TM and copyright too – or even US Constitutional law or jurisprudence or Civil PRO); November at Tongji and East China; October Taiwan and Korea; September at Tokyo U; and January in India (with Modi in power I am even going to give India another chance).  In addition, I might hope that London, Thailand, Singapore, Hong Kong and others will also get on my list.

Former Court of Appeals for the Federal Circuit Chief Judge Randall Rader explains his decision to step down from the court to the IAM blog, June 14

To my knowledge, the fund is focused on defence in the beginning, in order to help Xiaomi and other Chinese companies pave their way into overseas markets … In order to build up a strong patent portfolio, they will also invest a lot in third-party R&D, including working with universities and research institutions in China, acquiring innovations, and so on. I think it could be more like IV [Intellectual Ventures] by that stage.

Head of IP at a Chinese corporate on Ruichuan IPR Funds, a new patent fund that has been established in China, IAM blog, June 19

Patent Freedom is extraordinarily well known around the world, but I believe that a much stronger foundation with stronger relationships, capital structure and a broader management would benefit both RPX and Patent Freedom … One of the problems that the industry faces is that most companies believe that they would benefit from more information on the challenges that they face from NPEs. They all want more information but no one wants to give it and one of the things that moving to RPX will allow me to do is give more attention to helping solve this transparency issue.

Patent Freedom CEO Dan McCurdy talking about his decision to sell the company to RPX and move to a senior management position inside the defensive patent aggregator, IAM blog, June 23

Apple may not refer to GPNE as a ‘patent troll,’ ‘pirate,’ ‘bounty hunter,’ ‘privateer,’ ‘bandit,’ ‘paper patent,’ ‘stick up,’ ‘shakedown,’ ‘playing the lawsuit lottery,’ ‘corporate shell game,’ or ‘a corporate shell … Apple may refer to GPNE as a ‘non-practicing entity,’ ‘licensing entity,’ ‘patent assertion entity,’ ‘a company that doesn’t make anything,’ or ‘a company that doesn’t sell anything.’ The Court finds that this conclusion strikes the balance between allowing Apple to argue that GPNE’s status as a non-practicing entity is relevant to the calculation of reasonable royalties and to secondary considerations of non-obviousness without unduly prejudicing GPNE or confusing the jury

Ruling by Judge Lucy Koh on the nomenclature that Apple can use to describe GPNE, a company suing it for patent infringement in the Northern District of California, June 24

A news story on the Focus Taiwan New Channel website reporting on Hon Hai’s US legal action against three Japanese companies which it accuses of patent infringement, June 25

After eight years in charge of Microsoft’s worldwide IP group Horacio Gutierrez is today starting a new job at the company. Following an internal reshuffle instigated by general counsel Brad Smith, Gutierrez takes charge of the Products and Services Group in the Legal & Corporate Affairs (LCA) Department, where he will be responsible for overseeing the big move the company is currently making into the cloud. He will be replaced at the Innovation and IP Group by Erich Andersen, who had led the LCA’s Business Development & Evangelism (BD&E) team.

The IAM blog reveals that Horacio Gutierrez is no longer in charge of the IP function at Microsoft, July 1

Vector Capital, a technology-focused private equity firm, today announced the acquisition of IPVALUE Management Inc. from existing venture investors and other shareholders. Financial terms of the transaction were not disclosed.

Excerpt from a press release issued by Vector Capital, July 7

Top patent licensing company Conversant Intellectual Property Management today launched an educational campaign against the use of extortionist demand letters that are victimizing thousands of small and medium-sized businesses. The goal of Conversant’s Stand Up to the Demand campaign (www.standuptodemand.com) is to help small businesses spot unscrupulous demand letters sent by patent trolls.

@IAM_magazine Any sale of the BlackBerry portfolio would be the biggest patent deal in years, but putting a value on the 38,000 a… https://t.co/FSePeCXU9d Read more 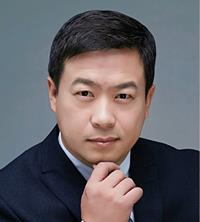