At present, the US is very often chosen as the primary and, indeed, sometimes only venue for litigation; but in the future it may instead be Europe. Hence, the major impact of the UPC could be a shift in the epicentre of global patent disputes. One consequence of this may be that initially it will be non-practising entities which will be most attracted to the UPC, but in the longer term all proprietors confident of the validity of their patents will surely come to take the same view. If so, the UPC will become a very busy and high profile forum. For all European patent lawyers, these are exciting times.

I can understand the surprise expressed by people at what has happened, but I think many of them might have reacted too quickly; they have commented without knowing what the full situation is… Many people in the office are also shocked, but we have tried at all times to behave according to our rules and with maximum professionalism.

European Patent Office president Benoît Battistelli responding to criticism of his decision to ban a member of the Boards of Appeal from office premises for alleged serious misconduct, December 12

I am in it for the long term and have complete faith in our business model – which is needed and promotes investment in innovation. The market is tough right now, but I believe that the pendulum will swing back.

Intellectual Ventures co-founder Peter Detkin explains that despite his decision to stop working full time at the firm, he has complete faith in its future success, December 12

If you are the general counsel of a patent ogre, it should be your standard operating procedure not to answer any calls or emails from a small innovator claiming that you infringe their patents. Unless the patent holder can somehow find $3 million to $5 million to fund a patent infringement case or convince a respected law firm to take the case on contingency, you are home free. Even if a case is brought, and even if the ogre loses squarely, it pays the same damages anyway. So why in the world would a patent ogre take a licence to any patent from a small inventor? It wouldn’t, and they don’t. It’s that inefficiency in the patent ecosystem that breeds patent trolls.

RPX Corporation today announced that its subsidiary, RPX Clearinghouse LLC, executed an agreement to purchase the patent assets controlled by Rockstar Consortium LLC. Rockstar is the entity formed in 2011 by Apple, BlackBerry, Ericsson, Microsoft, and Sony to purchase approximately 6,000 patent assets from the Nortel bankruptcy estate. Approximately 2,000 of these patent assets were previously distributed to various Rockstar owners and are not part of this transaction. RPX Clearinghouse will receive license payments from a syndicate of over 30 companies, including Cisco and Google. Upon closing, which is subject to regulatory approval and other customary conditions, syndicate participants will receive non-exclusive licenses to the Rockstar patents, and RPX Clearinghouse will make the patents available for license to all other interested companies under fair, reasonable, and non-discriminatory (FRAND) terms.

As part of efforts to popularize fuel cell vehicles (FCVs), Toyota Motor Corporation will allow royalty-free use of approximately 5,680 of the FCV-related patent licenses, including pending applications, it holds globally on an unconsolidated basis… Toyota believes it is important to give priority to spurring more widespread use of FCVs at the initial introduction stage, and therefore believes concerted initiatives with energy companies that are looking to expand hydrogen station infrastructure, and automobile manufacturers that are looking to move forward with FCV development and market introduction, will be vital… Toyota will allow royalty-free use of its FCV patent licenses by those manufacturing and selling FCVs through the initial market introduction period, which is anticipated to continue until about 2020. This initiative will include patents that are critical to the development and production of FCVs, such as those relating to fuel cell stacks (approx. 1,970 patent licenses), high-pressure hydrogen tanks (approx. 290 patent licenses), and fuel cell system control technology (approx. 3,350 patent licenses).

We are going to challenge and invalidate patents through the IPR process… (and) we are not going to settle… The companies that are expanding patents by simply changing the dosage or the way they are packaging something are going to get knee capped.

US hedge fund manager Bill Blass announcing plans to challenge pharmaceutical patents issued by the US Patent and Trademark Office using the inter partes review (IPR) procedure at the Patent Trial and Appeals Board, quoted by CNBC, January 7

IBM’s continued investment in research and development is key to driving the transformation of our company, as we look to capture the emerging opportunities represented by cloud, big data and analytics, security, social and mobile… IBM’s patent leadership over more than two decades demonstrates our enduring commitment to the kind of fundamental R&D that can solve the most daunting challenges facing our clients and the world.

Ginni Rometty, IBM chairman, president and CEO, commenting on the fact that 2014 was the 22nd year in a row that the company received more US patent grants than anyone else, January 12

CFOs and auditors now face the expense and risk of failing to properly address patent valuation. Major changes are needed in the way intellectual property is accounted for in future acquisitions… As a result of the changes in patent law, there are billions of dollars in potential write-downs on public company balance sheets for previous acquisitions. Perhaps this will cause the financial types to speak up about how this asset class is being devalued by well-intended, but fundamentally misguided, reform and judicial activism.

Each generation of mobile technologies takes years of fundamental research to develop in international standards-setting bodies, with the complexity of requirements increasing monumentally for each new generation… These enormous investments have been fueled by policies and frameworks that incentivize innovation—including strong patent protection, licensing models that provide wide access to core technologies, and industry-driven standards.

One of the findings of The Mobile Revolution: How Mobile Technologies Drive a Trillion-Dollar Impact, researched and published by the Boston Consulting Group, January 15 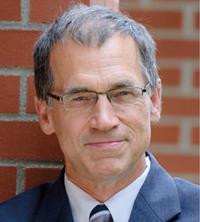