Under the terms of the Agreement, which includes licensing of each company’s respective patent portfolios, Netlist will receive $23 million, consisting of $8 million in cash from Samsung Electronics and $15 million in the form of investment from Samsung Venture Investment Corporation. The Agreement calls for additional exchange of consideration as progress is made toward market introduction of the product. The companies plan to sample NV-P products with select customers in 2016.

Extract from a press release announcing a deal between Netlist and Samsung Electronics to produce a new class of NVDIMM-P (NV-P) memory solutions, November 19 2015

Qualcomm Incorporated … and Xiaomi, a leading Chinese smartphone and Internet company, today announced that they have entered into a new 3G and 4G China patent license agreement. Under the terms of the agreement, Qualcomm has granted Xiaomi a royalty-bearing patent license to develop, manufacture and sell 3G (WCDMA and CDMA2000) and 4G, including 3-mode (LTE-TDD, TD-SCDMA and GSM), complete devices. The royalties payable by Xiaomi are consistent with the terms of the rectification plan submitted by Qualcomm to China’s National Reform and Development Commission.

If we had failed to make the payment, then some of the most valuable assets that this company owns could have walked out the door.

Spherix CEO Anthony Hayes comments on an agreement with RPX that cancelled the payment of $5 million to the defensive aggregator in return for the grant of licences to the Spherix portfolio to a number of RPC clients, IAM blog, December 3 2015

Establishing baroque licensing regulations or restrictive IP policies in standard setting organisations (SSOs) will result in a potential lack of return on investment (ROI) that could lead many key stakeholders (including universities and R&D centres) to exit the standard-based framework, to the detriment of innovation. 5G can be the phenomenal innovative force that society is expecting with great anticipation if - and only if - the broadest participation is encouraged.

ZTE will pay the Company a lump sum of $21.5 million in cash within 15 days following the execution of the Settlement Agreement. ZTE will also responsible for the payment of any withholding, value added or other taxes. Within ten days following receipt of the payment by the Company, the parties will withdraw all the pending litigations and proceedings.

Extract from a press release issued by Vringo announcing the worldwide settlement of its patent dispute with ZTE, December 7 2015

Google is the largest acquirer of Yahoo patents. Yahoo transferred 41 patents to Google in 2014. These patents cover a wide range of technologies, including database and cache management (US 5797008 & US 6128623), cloud technologies (US 7921132 & US 7860865), and social search & user location-sensing (US 8484191 & US 8045695) … The second largest acquirer of Yahoo patents is Energetic Power Investment Limited, with 26 patents. These patents relate to e-commerce, messaging, and domain traffic analysis technologies … Snapchat acquired 10 patents from Yahoo this past October. These patents primarily relate to instant messaging and screen sharing technologies.

We have a focused plan in place that we believe will drive growth and we are off to a good start implementing that plan. The strategic benefits and synergies of our model are not replicable through alternative structures.

Qualcomm CEO Steven Mollenkopf explains why a review of the company’s structure concluded that it should not split its licensing and chipmaking businesses, December 15 2015

The whole industry has been wiped clean. Small factories have exited the market and everyone is paying more attention to safety and patents.

A Chinese hoverboard manufacturer speaking about Amazon’s new terms and conditions requiring that any merchant listing a hoverboard submit a letter from a lawyer promising to indemnify and defend the e-commerce platform against any potential patent infringement litigation, Quartz, December 29 2015

Japan’s balance of payments in the field of charges for the use of intellectual property n.i.e. has been in surplus since 2003, and now stands at roughly 1.7 trillion yen in surplus. This demonstrates that Japan has been experiencing a transition toward adopting new forms of revenue generation derived from the utilization of intellectual property based on advanced technological capabilities.

Effective December 31, 2015, Inventergy Global, Inc. … and Panasonic Corporation … entered into an amendment (the “Amendment”) to the patent purchase agreement between the parties, dated as of October 21, 2013 (as amended from time to time, the “Agreement”), pursuant to which the Company was required to make certain guaranteed payments, revenue sharing payments and interest payments to Panasonic for its purchase of patents. The Amendment, among other things, eliminates all guaranteed payments and interest payments payable to Panasonic on any delayed guaranteed payments, and provides that the Company will pay Panasonic solely based on net revenues earned for the licensing and/or sale of the patents sold to the Company under the Agreement. The Company’s expenses may not be deducted from net revenues until the Company has made certain milestone payments to Panasonic.

Extract from an 8-K notice filed by Inventergy, January 7 2016

The value of an individual invention is very often difficult to predict at the time of filing. Thus, historic abandonment rates indicate little about which patents will later prove to be valuable and which patents might eventually be abandoned because they are not valuable enough to maintain. We obtain many patents and then over time abandon those which we determine to have the least value as the relevant marketplaces mature.

We must distinguish between value and validity. It is not within the USPTO’s charter to evaluate value, ie, to the extent it is relevant to commercial popularity for example. The USPTO’s role is to issue valid patents. Whether patents end up being used later in commercial products is something the USPTO does not and should not concern itself with. The laws governing the procurement of patents force inventors to file promptly when an invention is created, especially under the America Invents Act. Inventors really need to file promptly - likely before they know the true commercial value of the invention.

IBM’s senior counsel for IP policy and strategy Marian Underweiser rejects claims that there is a link between high-volume application rates from major technology companies at the US Patent and Trademark Office and the quality of the office’s output, IAM blog, January 8 2016 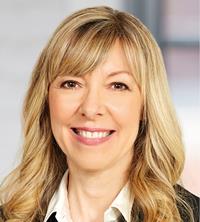