I have known Laura and Tim for over a dozen years. We have had the pleasure of working on many projects together. Given our complementary skill sets, we have often talked about the value we could collectively bring to clients in helping them improve their financial results by designing creative solutions that leverage their intellectual property... I am excited to be joining the QLM team to help create and deliver these solutions, and I also look forward to continuing to advise RPX on data and technology solutions that will further drive transparency and efficiency in the patent market.

The CSIRO Innovation Fund, launched today, will support co-investment in new spin-out and start-up companies, and SMEs engaged in the translation of research generated in the publicly-funded research sector... The fund, established as part of the Australian Government’s National Innovation and Science Agenda, will comprise a commitment of $70 million in government funding, $30 million revenue from CSIRO’s WLAN program and additional private sector investment, with a target total value of $200 million.

Excerpt from a press release from Australia’s Commonwealth Scientific and Industrial Research Organisation (CSIRO) announcing the launch of an innovation fund that will be part-financed from the proceeds of CSIRO’s licensing of its patents relating to wireless local area networking technology, December 4

In the case of a multicomponent product, the relevant “article of manufacture” for arriving at a §289 damages award need not be the end product sold to the consumer but may be only a component of that product.

US Supreme Court judgment in the Apple v Samsung design patent case in which a damages finding of $399 million in favour of Apple for Samsung’s infringement of three of its design patents was reversed and the case remanded for further proceedings, December 6

We are extremely pleased that Via, through its licensing practices, continues a leadership role in recognizing and flexibly addressing unique market circumstances applicable to China and other emerging markets... Via’s fair, reasonable and nondiscriminatory approach to worldwide licensing has enabled us to reach agreement on terms that reflect fair value for the sale of products implementing the patented technologies in markets around the world.

Lenovo’s vice president of intellectual property, Ira Blumberg, comments on a deal with Via Licensing that gives his company access to past and future use of patents in Via’s Advanced Audio Coding patent pool, December 13

Press release announcing that BlackBerry has effectively completed its transition to a technology services and licensing-focused business model after signing a global brand and software deal with China’s TCL, December 15

The former boss of Unwired Planet, Boris Teksler, has been appointed the new CEO of Conversant, in a move that sees the Candian NPE’s current head John Lindgren step down after more than nine years in charge... Lindgren will remain a non-executive member of the Conversant board and will have an ongoing role in the monetisation of the firm’s core wireless portfolio.

Apple Inc. ... brings this action to remedy a continuing anticompetitive scheme. Acacia Research Corporation and its subsidiaries... and Conversant Intellectual Property Management Inc. ... and its subsidiaries... have respectively colluded with Nokia Corporation itself and through its affiliates Nokia Solutions and Networks Oy and Nokia Technologies Oy... to obtain from Nokia thousands of patents as part of a plan to extract and extort exorbitant revenues unfairly and anticompetitively from Apple and other innovative suppliers of cell phones, and ultimately from the consumers of those products. Acacia, Conversant, and many other patent assertion entities (“PAEs”) have conspired with Nokia to use unfair and anticompetitive patent assertions to improperly tax the innovations of cell phone makers.

Case filed by Apple against NPEs Conversant and Acacia, December 21 (Nokia was later added to the suit)

Nokia has filed further complaints alleging that Apple products infringe a number of Nokia patents, expanding its litigation originally announced on December 21... Across actions in 11 countries, there are now 40 patents in suit, which cover technologies such as display, user interface, software, antenna, chipsets and video coding.

Currently, we are not aware of any publicly available information on the amount and flow of IP activity within ASEAN. Our general perception is that IP activity is rising, possibly due to globalisation and a growing focus on IP-related issues. It does seem that local companies and R&D institutions are the key drivers for IP activity in the region, through licensing or IP transfer.

Many licensors have tried to charge Chinese companies with royalty rates that are applicable to the US or EU, where their portfolios have good coverage, even though they might have far fewer patents in China. Their argument is that our worldwide rate is a blended rate. That argument might work for companies selling globally with sales across many countries, but it fails completely to resonate with Chinese companies that sell most of their products in China because there are simply not enough patent assets in the licensors’ local portfolio to justify such rates.

Paul Lin, vice president of IP strategy at Xiaomi, on why FRAND licensing rates should be customised for Chinese licensees, IAM blog, January 9

Leading advisory firm Sherpa Technology Group today announced the appointment of Peter Detkin, a pioneer in the field of technology and intellectual property strategy, to the role of Senior Advisor. This announcement coincides with Sherpa Technology Group’s rebrand from 3LP Advisors, reflecting its role in advising clients at the intersection of business, technology and IP. The name change will become effective immediately. 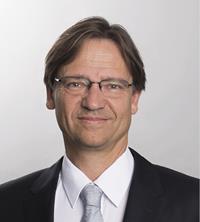