We believe that we did a very good job first for Nortel’s creditors and then for the shareholders of Rockstar, and we are confident we can do something similar for others in the future… We have been through a lot together and bring a unique set of skills to the table that we think have significant conglomerate value.

John Veschi, CEO of Marquis Technologies, talking about the launch of the firm, formed by a group of 25 former employees of Rockstar following the winding-up of the non-practising entity (NPE) after the sale of its 4,000-strong patent portfolio to RPX for $900 million; the IAM blog, February 2

Spherix Incorporated (SPEX), an intellectual property development company committed to the fostering and monetization of intellectual property, today announced that its Board of Directors has considered and unanimously rejected an unsolicited proposal received from Marathon Patent on January 15, 2015 indicating Marathon’s interest in acquiring Spherix in a stock-for-stock transaction valuing Spherix at a 15% premium above the recent market price of Spherix’s common stock.

As disclosed in our Form 8-k filing this morning, as a part of the Rockstar Transaction, RPX Clearinghouse LLC now owns certain securities of Spherix that had previously been owned by Rockstar. RPX agreed to take the shares to facilitate a resolution of unnecessary and wasteful litigation. In light of Spherix’s announcement this morning, we are interested in understanding more about the analysis undertaken by the Spherix board, their view of the value of its portfolio and its current business, and their plans to finance the business.

From a historical perspective, 2014 is the first year of decrease following about 4 years of increase in patent litigation case filings. The increase coincides with the America Invents Act (AIA), which became effective in September 2011 and limited the number of defendants a plaintiff could sue in a single case.

With our current patent laws being abused in ways that are threatening the survival of American innovation, the Congress must act to curb abusive patent litigation. The bipartisan Innovation Act contains commonsense reforms and makes the patent litigation process more transparent. This same legislation passed the House by an overwhelming margin last Congress. I look forward to working with the Senate Judiciary Committee to see this legislation sent to the President to be signed into law.

Comments from Congressman Bob Goodlatte of Virginia as he reintroduced the Innovation Act to the House of Representatives, February 5

Introduction to a petition for an inter partes review before the Patent Trial and Appeal Board of the US Patent and Trademark Office of a patent owned by Acorda Therapeutics Inc, filed by an entity created by activist investor Kyle Bass and IPNavfounder Erich Spangenberg, February 10

Smartflash makes no products, has no employees, creates no jobs, has no U.S. presence, and is exploiting our patent system to seek royalties for technology Apple invented … We refused to pay off this company for the ideas our employees spent years innovating and unfortunately we have been left with no choice but to take this fight up through the court system.

Apple spokeswoman Kristin Huguet confirming that the company will appeal a Texas jury’s award of $533 million to NPE Smartflash after finding that Apple had infringed three of its patents, quoted by Reuters, February 25

We are currently contemplating a strategy of using open source more extensively, as it will open more software innovations, along with inputs from the open source community … We are seeing tremendous value in such innovations and will focus on both open source usage as well as contributing back to the community. We aim to accomplish key commercial success through this model by developing new products and implementing new solutions … So far, Infosys has looked at patenting in three ways – defensive, monetisation-focused and strategic. Going forward, we will be focusing more on strategic patents which are valuable, substantial and deliver high returns.

Infosys head of IP Anindya Sircar explains how the US Supreme Court Alice decision has prompted his company to re-evaluate its patenting strategy, the IAM blog, February 26

We are so pleased that Ford Motor Company signed a license agreement with Intellectual Ventures (IV). The deal provides Ford and its affiliates with a license to IV’s patent portfolio of approximately 40,000 current IP assets in addition to future IV assets that may be acquired during the license term. IV offers an efficient way to access the invention rights companies need to drive innovation within the market.

It’s time to move past the false premise that the only way to deter ‘patent troll’ abuses is to enact sweeping reforms that weaken patent protections for everyone ... For generations, our carefully crafted system of patent laws has helped America lead the world in innovation. Rather than fundamentally rewrite those laws – for the second time in 5 years – at the request of a few industries, we should instead seek to narrowly target and deter abusive troll behavior while preserving the ability of legitimate patent holders to protect their innovations.

Statement from Senator Richard Durbin after he and Senator Chris Coons introduced the STRONG Patent Act in the US Senate, March 3

We now have a lot of facts and data showing that our intellectual property system is rapidly returning to health. In fact, I submit to you that there is no patent troll-driven crisis facing our nation that needs to be corrected with sweeping new legislation. Of course, the system can be further streamlined to reduce needless litigation, but no major overhaul is needed. An IP recovery in America has been driven by a steady course of treatment whose prescription was written out in 2011 with the passage of the America Invents Act.

Extract from a speech delivered by former US Patent and Trademark Office Director David Kappos at the LeadershIP conference in Washington DC, March 13 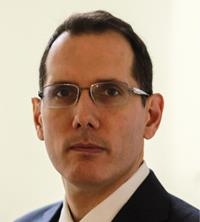