A call for legislation was particularly strong from the life sciences industry but also had many supporters from computer-related industries. According to these participants, the Court’s precedent is having such a harmful impact on innovation and business development that a legislative solution is critical. The proposed approaches to legislation varied. Some suggested replacing the Mayo/Alice two-step test with a technological or useful arts test or expressly defining exceptions to eligibility. Others suggested clearly separating eligibility from other patentability requirements. Finally, in addition to addressing the statutory requirements for eligibility, some recommended including a research exception to infringement to address the Court’s preemption concerns.

Extract from the US Patent and Trademark Office’s Patent eligible subject matter: report on views and recommendations from the public, published July 25

Conversant Wireless has been negotiating for years with both defendants… We have repeatedly explained to each of the defendants how they are using our SEPs and made clear Conversant’s willingness to negotiate and conclude a FRAND portfolio license in accordance with our FRAND undertakings. But neither Huawei nor ZTE has accepted any of Conversant’s offers or made a FRAND counter-offer, leaving Conversant no choice but to enforce our patent rights in court.

Conversant president and CEO Boris Teksler comments on the firm’s decision to file patent infringement suits against Huawei and ZTE in the Patents Court of the High Court of Justice in London, and to ask the court to declare that it made a fair, reasonable and non-discriminatory (FRAND) offer to license its patents to both companies or to determine FRAND terms for such licenses, July 26

Dominion Harbor Enterprises (DHE) has partnered with Hawkeye Ventures (HV) to create a US$50.0 Million patent acquisition investment fund. The fund has been structured to allow for maximum flexibility of both investment size and portfolio size. Patents are a unique asset class and, historically, traditional investment capital models have proven themselves unsuccessful – including the public markets. This new fund pairs savvy investment professionals with a world leader in IP commercialization.

AQUA Licensing, a leading patent advisory and transaction firm, has secured agreements with AT&T Corporation, Entegris Inc, Rambus Inc and Lenovo Group Limited to launch its platform for IP investment for equity today, connecting large incumbent patent holders with high-growth startups. In a milestone for the evolving patent landscape, intellectual property holders, which hold more than 60,000 patents, have signed on to offer their relevant IP in exchange for equity in high-growth startups. Venture-backed companies seeking defensible IP portfolios can access these patents in exchange for equity during a priced investment round for fresh capital.

By sharing our technology we enable more and more consumers around the world to connect through different channels and we also provide opportunities for new start-ups to enter this ecosystem. This is proven by the success that Wiko has had in Europe in a fairly short timeframe. However, the system will only continue to work if all the players respect the basic rules of FRAND licensing… I still remain hopeful that we will be able to conclude agreements in a friendly manner and that is our ambition.

I am excited to join IPVALUE and pleased to be part of an organization that has such a strong reputation for professionalism and integrity in this evolving IP marketplace… IPVALUE is uniquely positioned to partner with innovators to monetize premier patent portfolios. The company currently manages over 5,000 active US patents from leading technology companies such as Cypress, Elpida, Panasonic, Mitel, Sanyo, and NXP. The firm has a proven team of over 40 technical, legal, business, and negotiations professionals focused on patent commercialization. Most of our staff hold advanced degrees, and around half have over 10 years of experience in patent commercialization. I look forward to working with this talented team to continue to build upon the company’s momentum as a leader in the intellectual property monetization market.

President Donald J Trump today announced his intent to nominate the following individuals to key positions in his Administration… Andrei Iancu of California, to be Under Secretary of Commerce for Intellectual Property and Director of the United States Patent and Trademark Office, Department of Commerce. Mr Iancu is currently the Managing Partner of Irell & Manella LLP, where his practice focuses on intellectual property law. Mr Iancu has advised plaintiffs and defendants across a wide variety of industries. He has appeared in front of the Patent and Trademark Office, the US International Trade Commission, US district courts, and the Court of Appeals for the Federal Circuit. He has published and spoken on intellectual property issues, and taught patent law at UCLA. Mr Iancu earned his JD, MS in mechanical engineering, and BS in aerospace engineering, from UCLA. Prior to law school, Mr Iancu was an engineer at Hughes Aircraft.

Brian Hinman, chief IP officer at Philips, will be leaving the company in the middle of this month, IAM can reveal. The departure is entirely amicable and has been driven by Hinman’s desire to be closer to and spend more time with his family. Since taking the position in 2013, Hinman has split his time between the United States and Philips HQ in Eindhoven, and now wishes to re-establish himself full-time State-side.

The Saint Regis Mohawk Tribe and its counsel approached Allergan with a sophisticated opportunity to strengthen the defense of our RESTASIS® intellectual property in the upcoming inter partes review proceedings before the Patent Trial and Appeal Board… Allergan evaluated this approach closely, with expert counsel in patent and sovereign immunity law. This included a thorough review of recent case law such as Covidien LP v University of Florida Research Foundation Inc and Neochord Inc v University of Maryland, in which the PTAB dismissed IPR proceedings against the universities based upon their claims of sovereign immunity. We are impressed with the Tribe’s thoughtful and enterprising approach, which will allow them to achieve their goals of self-reliance and help them address the most urgent needs in their community.

Allergan’s chief legal officer Bob Bailey comments on the company’s deal with the Saint Regis Mohawks in which Allergan transferred six patents relating to its Restasis dry-eye treatment to the native American tribe in order to make use of its sovereign immunity to protect the patents from inter partes review proceedings at the Patent Trial and Appeal Board, September 8

Mark Kokes has left BlackBerry and is no longer its senior vice president of intellectual property, licensing and standards, IAM has learned. In a sudden move, Kokes departed in mid-August and is not thought to have taken another position. For its part, BlackBerry does not seem to have appointed a direct replacement. 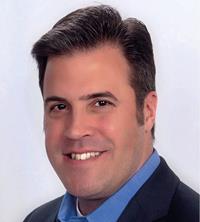