As we covered late last month in our top 10 stories of the year, 2017 was a particularly active year for patent news in the US. From Indian tribes becoming major patent owners and claiming sovereign immunity at the PTAB, to major corporate IP changes and more landmark decisions from the Supreme Court there was more than enough to keep us busy. But the news cycle didn’t stop even while this blog slowed down for the Christmas break. We have already covered the big TCL v Ericsson FRAND decision (and look out for more on that soon), but here’s a wrap of what else you might have missed in the last couple of weeks.

After a big drop in new infringement lawsuits in 2016, last year saw another significant fall as the accumulation of changes to the US patent system over the last decade continue to make the climate particularly challenging for rights owners looking to assert their IP in court. According to Unified Patents the number of new cases fell 17% over the course of the last year - from 4,382 in 2016 to 3,649 in 2017. It was, however, a big year at the PTAB, as a record 1,796 new petitions were filed.

RPX added more context to the litigation numbers with its own review of 2017. According to the defensive aggregator, just over 3,500 defendants were added to new litigation campaigns showing that on a like-for-like basis the number of disputes last year was at a level last seen in 2006. Lex Machina is yet to release its 2017 analysis but the tracker on its platform suggests that the numbers of new cases last year was a little over the 4,000 mark, down from around 4,500 in 2016. Whichever way you cut it, the data points to a very different assertion climate in the world’s largest patent market.

The 2017 patent story of the year took another turn shortly before Christmas when an expanded panel at the PTAB ruled that the University of Minnesota could not use sovereign immunity to shield its patents in a dispute with Ericsson. That’s because, the Board said, the University waived its sovereign immunity by asserting one of its patent against the Swedish company, which Ericsson then sought to challenge in inter partes review (IPR). The panel did confirm that state entities were immune from IPR - just not when they launch an assertion.

That case did not directly involve the Saint Regis Mohawks, the Native American tribe which catapulted the issue of sovereign immunity and IPRs into the mainstream when it was paid millions to take ownership of a number of Allergan drug patents, but the tribe’s lawyers were quick to ratchet up their own dispute when they filed a motion with the PTAB asking for information on the judges covering their case such as how they’re compensated and requesting recent performance reviews. With constraints being placed on how sovereign immunity can be used in relation to IPR, the tribe has clearly decided to come out fighting; though yesterday, the board responded by forbidding the Mohawks from filing further, similar requests.

The momentum that Nokia built through much of last year with a string of licensing deals, including a blockbuster with Apple, continued into the final weeks of 2017 as it announced a new royalty bearing agreement with Huawei, the second such deal it had concluded with a major Chinses corporate in 2017 (the other was with Xiaomi). The Finnish mobile giant said that its fourth quarter results would reflect the new transaction including a one-off catch-up payment. That means that Nokia now has licensing agreements with almost all of the major device manufacturers including Apple, Samsung, LG and Xiaomi. Given that, it is likely further deals with other device makers will follow during the course of this year. The Huawei deal capped a remarkable 12 months for Nokia whose licensing operation has been transformed since the sale of its handset business to Microsoft in 2013.

Fortress IP group finishes the year on a high

It was a big end to the year for Fortress, too, with the closure of its acquisition by Softbank. As the investment giant’s new owners take control they should have noticed two big deals closed by the Fortress IP group which demonstrate how Eran Zur, Joseph Kessler and co are moving up the corporate foodchain.

First up was the news that Fortress has picked up DivX assets, including IP, from NeuLion a company that specialises in live and on-demand content in internet-enable devices. Then the Wall Street Journal reported that Theranos, the medial diagnostics business that has been under a cloud ever since some of its technology and practices were questioned by a WSJ investigation, had secured a $100 million loan from Fortress which, the Journal reported, was collateralised by the Silicon Valley company’s patent portfolio.

Both transactions are understood to have been driven by the IP group and underline the extent to which it has expanded its purview considerably since its first deals as a provider of debt finance to the NPE sector.

And one from the rumour mill

We’re still waiting for confirmation on this one, but according to the patent market grapevine the news is that the dealmakers at Xiaomi were hard at it over the Christmas break, closing another major acquisition in the US. Details are scant at the moment, but we understand that the assets in question relate to OLED technology and the deal represents another significant move by the Chinese mobile company more than 18 months since it picked up a portfolio of 1,500 grants as part of a wide-ranging agreement with Microsoft. If the rumours are true then it would mark another stepping stone in Xiaomi’s patent evolution as the company gets closer to a possible entry into the US mobile market. 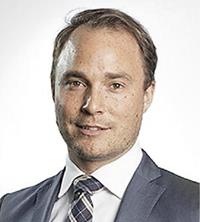