Qualcomm makes the right call in deciding against splitting in two

Five months after it confirmed that it would look again at splitting its business in two, Qualcomm announced on Tuesday that it had decided against dividing up its chip making business and patent licensing arm. Despite some of the strong attractions of a separation, it’s hard not to think that the San Diego based company has made the right call.

As anyone in the IP market has long been aware, Qualcomm is a patent licensing juggernaut putting pretty much every tech business in the shade. Microsoft might get close to its numbers, but the Windows giant doesn’t disclose its licensing revenue so we can only guess at its royalty earnings. Qualcomm, meanwhile, made $6.6 billion in pre-tax profits from its patent licensing in 2014, a staggering amount that reflects the important role that much of its technology has played in the development of the mobile sector.

Qualcomm’s chip business is less profitable, which is one of the reasons that one investor, the hedge fund Jana Partners, called for the company to consider dividing the company as a way of returning greater value to shareholders. One analysis of the relative worth of the two parts valued the chip division at $74 billion and the patent business at $87 billion.

But even if that analysis was inflated there’s no doubt that a split would have effectively created the world’s largest publicly-quoted NPE, dwarfing the likes of InterDigital and Tessera, both of which are currently valued at more than $1.6 billion. That would have given it some serious influence in the market, but as most public IP company  (PIPCO) executives would tell you, now is not the time to be moving into the NPE sector, even if you do have a portfolio of seminal mobile patents to license.

Qualcomm has also discovered that capricious licensing winds mean that a business dependent on realising a return from its patent portfolio is vulnerable at the moment (to say the least). Both parts of its offering have faced regulatory scrutiny in China and are currently being investigated in the EU, US and Korea. Also this year, the company has experienced the wild share swings that those whose business is patent-based have grown used to following the announcement of good or bad news. That’s the nature of the public patent licensing beast, as investors continue to struggle with how the model works; it’s no way to run a company on a sustainable basis.

That said, the company’s review of the business detailing the reasons why it has opted not to split does not include a compelling story about how it is now going to grow.

Top of the list of the company’s priorities for the 2016 fiscal year was “conclude new license agreements and improve compliance with Chinese OEMs”. The recent deal with Xiaomi indicates that it is making progress, but Qualcomm has admitted that closing deals in China is taking longer than expected. Concluding new licensing agreements anywhere is easier said than done right now.

Despite those tough headwinds, though, it’s hard to see how those conditions would have improved if Qualcomm had suddenly split in two. Sure, the high margins of the patent licensing business might have turned some investors’ heads, but a split would have smacked of short termism. What would have happened as the licensing business’s patent portfolio started to dry up? Perhaps it could have agreed to buy patents from the chip making business or on the open market. However, it would have taken a lot of assets to sustain a valuation stretching into the many billions of dollars. Don’t be surprised if a split is brought up again. But for now, at least, the prospects for the two parts of Qualcomm’s business look better if they stick together.

@IAM_magazine RT @jwschindler: It looks like Toyota is finding plenty of interest in its hybrid tech in China, more than a year after it announced royalt… Read more 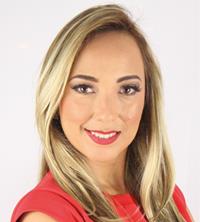