This story has been updated to include details of Dan McCurdy's role with Provenance Asset Group.

In what looks like one of the biggest patent deals of the year so far, Nokia has transferred a portfolio of almost 4,000 US grants to an entity called Provenance Asset Group Holdings LLC. The deal was recorded on the USPTO assignment database in mid-September. Although full details of the deal and the team behind Provenance are not yet clear, former AST head and RPX executive Dan McCurdy lists on his LinkedIn page that he became CEO of Provenance in September 2017. Late last year McCurdy left RPX to team up with Tim Lynch and Laura Quatela's IP advisory business which is now known as Quatela Lynch McCurdy. Quatela is currently the chief legal officer at Lenovo but previously served as vice president of IP at Alcatel Lucent where she was based at the time of Nokia's initial bid for the company.

This latest transfer follows the announcement earlier this year that the Finnish telecoms giant was selling a separate portfolio of just over 4,200 patent families. Those included grants from Alcatel Lucent, which Nokia acquired in a deal that was finalised last year, and from Nokia itself. The sale is being handled by the advisory business AQUA Licensing.

The acquisition of Alcatel Lucent not only gave Nokia’s telecoms infrastructure business a large boost, but also handed the company a massive portfolio of more than 17,000 patent families. The latest deal, and the one involving AQUA, suggests that Nokia is focused on streamlining both the legacy Alcatel assets and its own IP.

Ever since it started to re-order its operations including the sale of its devices business to Microsoft, the Finnish company has been a relatively active seller of patents including to the likes of Acacia and Conversant. In a tough assertion market those assets have been monetised with varying degrees of success, but it’s interesting that with this latest transfer the giant telco has opted to work with one entity rather than do a series of smaller deals. The portfolio currently being sold by AQUA has been made available to buy in whole or in part.

We don’t know what Provenance’s intentions are in terms of monetising the assets — it could look to package them up and then sell them on, for example, or license them out itself — but if it does choose the assertion route then the sheer volume of patents means that potential licensees will have to take notice. Even in a US market where validity is much easier to challenge thanks to inter partes reviews, anyone with 4,000 grants cannot easily be ignored.

Update: IAM can confirm that Provenance Asset Group LLC has been formed by Dan McCurdy, Tim Lynch, and Laura Quatela. The company intends to provide operating companies with rights to litigation-grade patents for defensive purposes. Its business model does not include patent assertion.  Initially, assets will be drawn from the portfolio it has acquired from Nokia while over time, Provenance will supplement the collection with additional patents it acquires from other IP owners. The IAM blog will have more on this story as it develops. 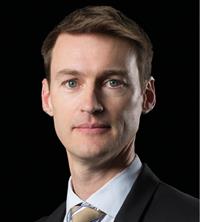