We are taking a short break on the IAM blog to celebrate the Christmas and New Year, and to recharge our batteries after what has been an extremely busy 2017. Since the start of January, Google Analytics tells me, we have had just over 154,000 unique users – a huge jump on the 2016 total – who, between them, have visited us 286,000 times.

In 2017, IAM has expanded its editorial coverage and the size of its team. Two journalists who had done great things for us over the years – Jack Ellis and Sara Jayne Clover – left for pastures new with our gratitude and best wishes; but we brought in three excellent replacements – Bing Zhao, Tim Au and Adam Houldsworth – who have ensured the ongoing quality of our output, while allowing us to increase its frequency. To them and to the other members of the team – North America editor Richard Lloyd, Asia-Pacific editor Jacob Schindler and senior staff writer Tim Lince – I’d like to say a very big thank-you.

Of course, I would also like to extend a heartfelt thanks to each and every one of our readers. Without you, none of us would be here. Your support, advice, criticisms and tip-offs are absolutely essential and are always very gratefully received. Here’s wishing all of you who celebrate it a very Merry Christmas and everyone the happiest of New Years.

Unless anything extraordinary happens we’ll be back on 2nd January with Part One of our Personalities of 2017 listing. In the meantime, here are the IAM blog’s most read stories of 2017. 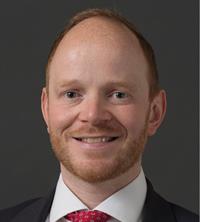