Erich Andersen, who runs the IP group at Microsoft, has been named as the most influential player in the global IP market in the latest edition of the IAM Market Makers survey, published in the most recent issue of the magazine which came out at the start of this month. Andersen, who took over the role from Horacio Gutierrez in the summer of 2014, beat Google patent boss Allen Lo to the top slot, with Jason Ding, who runs the IP group at Huawei, completing the top three. It’s quite a leap for Andersen, who in his first appearance on the list in 2015 came in at number 12.

With a flurry of licensing deals inked in the last year, including a high-profile agreement with Chinese smartphone maker Xiaomi, Microsoft has once again proved that it has one of the most valuable portfolios in the high-tech world, as well as a team of heavy-hitting IP dealmakers and strategists that is second to none. However, Andersen has also overseen a far more collaborative, partnership-based approach in Microsoft’s IP affairs, as the company has shifted its focus to ensuring that its products are on as many devices as possible. This was reflected in the Xiaomi agreement and also in a subsequent deal with Lenovo. With the company looking to expand its reach into new geographical and technology markets, expect to see patents being used as a lever to secure deep partnerships with a wide range of collaborators. The value that these will bring to Microsoft may well end up being far greater than the $1 billion-plus revenues that patent licences are currently thought to deliver to the company’s bottom line.

Speaking exclusively to IAM’s North America editor Richard Lloyd about his time in charge of the Microsoft IP function, Andersen explained that a lot of his first year was spent on internal analysis and planning, while year two has been about making that analysis pay off. “When we were going into the 2015 financial year, we had to look at the IP landscape and decide which strategic changes we wanted to make,” he stated. New case law in the United States has cast a cloud over some patents, he pointed out, especially those relating to software, making planning more perilous. However, in commenting on the new direction, Andersen stated: “We decided to make a strategic shift to work with partners in a way that accentuates the business value between the two companies.” The results of this past year have undoubtedly validated that approach.

The *IAM* Market Makers is our annual listing of the individuals we consider to be the most influential in driving the global IP market. In order to identify the right people to list we rely on our own observations, as well as conversations with dozens of market participants. We also closely monitor the transactions marketplace. The final 40 names we publish are not the result of any objective measure; instead the list reflects what we think is going on out there. Of course, we can only base our calls on publicly available sources and on information that people have chosen to share with us. By their nature, deals carried out confidentially and innovative strategies rolled out with no publicity are less likely to cross our radars.

We first published the list in 2014, when Andersen’s predecessor Gutierrez was named in the number one slot. That initial ranking was dominated by individuals working at US companies and also featured a significant number of NPE executives. Three years on and the 2016 assembly reflects just how much has changed: this year we feature many more individuals working at Asian entities and there is a significant European presence too. There is less US representation than in previous years. These changes not only reflect the changes that have occurred in the US over the last three years, but also the ongoing development of the IP transactions market as it becomes truly global. Who knows, one year in the not too distant future a non-American may even make it to number one. 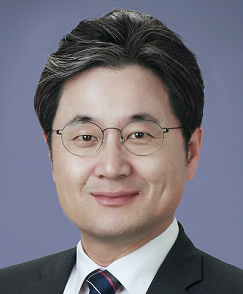