Last week I was at the European Patent Office in The Hague to make a presentation at the annual two-day, DG1 management meeting. This is a get-together of all directors and managers in the office’s operations directorate-general, the one that is responsible for dealing with examinations and oppositions. For the first time, this year a group of outside speakers was invited to attend. Some gave their views on the performance of the office and how it can be improved; while others, such as me, spoke about a few of the key external trends examiners should know about.

My presentation was on the way the patent system can benefit start-ups and SMEs. Although instinctively those of us inside the IP bubble would say that it does, actually proving this to be the case is very tricky. In the end, all you can do is look at start-ups and SMEs that engage with patents to see what happens to them. And as recent research from the US shows, the effects seem to be very positive. Previous studies in both the US and Europe have also shown that start-ups with patents tend to be more attractive to investors than those without them – and this is especially the case if the patents in question are thought to be of high-quality.

Based on the research that is out there, then, it would be fair to say that SME and start-up owners of high-quality patents enjoy a wide range of advantages, including: quicker sales and employment growth; greater opportunities to find investors and access capital; better exit chances; more monetisation and other value creation options; and wider non-monetary strategic choices (freedom to operate, collaborations, open innovation etc). Given this, then, why are so few start-ups and SMEs engaged with the patent system, especially in Europe?

One answer, of course, is that for a large number of businesses patents are not necessary. If you are not doing R&D, if innovation is not your game, then they are probably not going to be an issue. And in broad terms that probably applies to most smaller companies – young and old. That, though, still leaves plenty that probably could benefit from patents, but that do not own them. So why are these entities so reluctant to get involved?

My guess is that for a fair few of them not seeing beyond cost and other negatives to understand just what patents can make possible is a big issue. Owning a small portfolio or even just one asset might make a huge difference to a business, but if no-one tells the management then how is it going to know? I have a hunch that this is a pretty big issue in Europe.

While putting together my EPO presentation I came across a fascinating data point on patent attorneys in Europe compiled by Patent-Pilot. They found that there are currently around 10,000 patent attorneys in the 38 European Patent Organisation member states (combined population 500 million plus) qualified to represent clients before the EPO. Over half of these European patent attorneys are in just two countries: Germany and the UK. Of this number, around 25% work in industry. In Spain and Italy – big countries with large populations and important economies – the ratio of patent attorneys per million of the population is under 10, even in France it is under 15.

Think about that for a moment. What incentive do the 177 European patent attorneys servicing Spain’s 46.2 million population have to go out and really engage with the country’s innovative SMEs and start-ups, to talk to them about IP strategy and/or to offer them cut-price deals? I would argue there is very little reason (especially when you think of a principle source of income right now). The same applies to the 470 European patent attorneys looking after the needs of over 60 million Italians, not to mention Portugal’s 40 attorneys and Greece’s 24. In fact, with such low numbers what reason is there even to keep up with IP strategy issues in the first place?

Even in Germany and the UK – with ratios of 45.6/million and 32.1/million respectively – there is still plenty of work without having to go out and engage with difficult start-up and SME clients who have little money and sometimes over-inflated views of their inventiveness. You don’t have to spend too long in off-the-record conversation with attorneys from these countries to have that confirmed to you. There will often be a level of engagement with smaller businesses, I concede, but generally it is to secure nice-to have extra or development work, rather than must-have, live-or-die instructions.

[Note - since I first posted this blog it has quite rightly been pointed out to me that European patent attorneys are not the sole kind that exist in Europe. There are also those that are nationally qualified only. If you throw them into the mix in Spain, for example, you get a combined total of around 350. But the numbers will very much depend upon the country. To my eyes, though, even 350 for a population of 46 million looks very small - especially when you consider a significant percentage are likely to be working in-house. If anyone has numbers for other countries I'd be very interested to see them.]

For start-ups and SMEs to consider whether patents should be factored into their business strategies, it is vital for them to know what the options and benefits are.  Right now in Europe, it is hard to see where that information is coming from – unless business owners are pro-active about looking for it. The basic narrative about patents is that they are expensive and time-consuming to get, as well as being hard to enforce; and there is a lot of truth in this. But there are also significant upsides that could make a major difference to their owners’ fortunes. Currently, though, no-one in Europe (and in many other parts of the world) has any real incentive to go out and spread the good news in comprehensible, accessible language, while also offering affordable rates.

Quite what the solution is to this I do not know. More competition among attorneys might shake the situation up to an extent - although how you do that without compromising standards is hard to see. Perhaps the roll-out of the EU patent and further commoditisation of services will reduce traditional revenue streams for many, so driving a search for new sources of income - with smaller, more complicated, less lucrative and up-to-now largely overlooked clients potentially one option. Maybe all European patent attorneys should have to do a certain amount of pro-bono work each year to maintain their status; while the development of a new type of non-technical, strategic IP professional qualification might also work.

What I am pretty sure of, though, is that as things stand, a lot of companies are missing big opportunities. This is having a detrimental effect on a European economy that needs as much help as it can get. 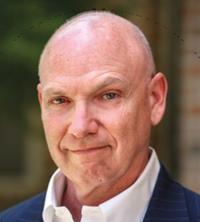