Last week we published an interview with Kyle Bass, the hedge fund investor who together with Erich Spangenberg, has petitioned to challenge a series of pharmaceutical patents through the inter partes review (IPR) process at the Patent Trial and Appeal Board (PTAB). Because of SEC rules, Bass was unable to talk in much detail about his investment strategy - although it was pretty clear that his plans are a lot more sophisticated than simply shorting the stocks of the pharma companies that he has been challenging.

In this guest blog, Zachary Silbersher of Markman Advisors, looks more closely at Bass’s IPR filings and gives his own thoughts on how he might be profiting (Silbersher’s colleagues Gaston Kroub and Sergey Kolmykov also contributed to the article). As Silbersher suggests, Bass’s strategy might be targeting the pharmaceutical sector as a whole, not just the companies he has filed reviews against. Here’s what he has to say:

This assault on Big Pharma has not gone unnoticed. Pharma companies that have already landed within Bass’s sights include Celgene, Shire and Jazz Pharmaceuticals. They are doing their best to fight back in the USPTO, Congress and in the court of public opinion. Other potential targets within the pharmaceutical industry are scrambling to figure out not only what Bass is doing, but what an IPR actually is. Notably, one of the keynote addresses at Cantor Fitzgerald’s Healthcare conference this year was directed to “Making Sense of IPR proceedings”.

While Bass’s filings have been hard to miss, his underlying investment strategy remains a mystery. There has been much speculation, but few concrete answers. In a letter to Congress in April 2015, Bass put some broad brushstrokes on his strategy. He “intend[s] to challenge less than 1% of the existed branded drug universe”; his cause, he claimed, is to “police the abusive patent tactics used by the worst offending drug companies”: a worthwhile social cause to pursue,  perhaps, but hardly an illumination of how Bass intends to use his novel IPR strategy to boost returns for his investors.

Rumours originally circulated that Bass had no intention to see the IPRs through, but was angling to take payouts from the targeted companies to drop the petitions that he filed. Celgene has claimed that one of the entities behind the IPRs against its patents “previously threatened to file IPRs against the challenged patents unless Celgene met their demands”. For rather technical patent law reasons, Bass’s IPR petitions contain numerous persons and entities identified as being behind them. However, it is unclear which entity Celgene was referring to, what the demands were or whether or not that entity was affiliated with Bass when the demands were allegedly made.

More tellingly, in April, Bass told Congress that: “Hayman will NOT accept settlement payments in order to drop our challenges.” (That emphasis on the word “not” is his own.) He continued: “[W]e are filing merit-based IPRs at the USPTO with the full expectation of seeing the challenge through to a final decision by the PTAB.”  Unless he is lying to Congress, that statement basically quells any suspicions that Bass’s strategy is to use IPRs just to shakedown drug companies.

The more popular theory is that Bass is shorting the companies he is attacking. The Wall Street Journal reported that Bass is using his IPRs to “bet against, or short, the shares of companies whose patents Mr. Bass believed to be specious”. Dan Ravicher has perceptively observed that for most of the companies hit by Bass, their share prices are not suffering, which has forced some investors to question Bass’ short strategy.

An IPR petition, however, takes 18 months to complete. It will be more than a year before any of the challenged patents are invalidated. Bass may not have put on any short trades yet, but is waiting until institution or even final decisions of invalidity by the before taking positions. But even in that case, a closer look at the IPRs actually filed by Bass suggests that his alleged strategy of short-selling the companies he is attacking may be overstated.

Perhaps most telling is the type of patents Bass is attacking. Not all patents are equal. Pharmaceutical patents generally fall into a few categories: compound, method of use, dosage, formulation and REMS. Compound patents are typically the strongest (meaning the hardest to invalidate), but they are also typically the first to expire, and therefore less valuable for extending the exclusive life of a drug. By contrast, method of use, dosage and formulation patents are typically weaker. But because they will expire later than compound patents, they can be critical to extended exclusivity. REMS patents cover restricted distribution programmes to avoid selling drugs with harmful side effects to those most vulnerable, such as pregnant women. They typically have little to do with the drug itself and patent lawyers generally view them as especially weak.

Bass has primarily avoided attacking compound patents. He has attacked one of Celgene’s REMS patents covering Revlimid with four separate petitions. But the market is aware that Celgene’s REMS patents are not its Achilles heel. Rather, there are a handful of polymorph patents expiring in roughly 2025 that are viewed as more important to extending Revlimid’s exclusivity. In the pending Hatch-Waxman litigation against Natco, the REMS patents are a side-show - not one of them was even addressed during the Markman hearing. If Bass was really intent on teeing up Celgene for a short by attacking Revlimid’s patents, he appears to have chosen the wrong ones.

Similarly, Bass attacked only one of the patents covering Jazz Pharmaceutical’s Xyrem drug, but the patent he attacked is a REMS patent. This patent will expire in roughly 2022. But Jazz has other method of use patents that will expire much later. It’s unlikely that Jazz views the REMS patent attacked by Bass as critical to extending the exclusivity of Xyrem.

Indeed, out of the 16 IPR petitions Bass has filed, six of them relate to a REMS patent. In other words, he is not going for the jugular in terms of being able to pave the way for earlier generic entry against his targets. From a patent perspective, REMS patents are generally much weaker than method of use or dosage patents. Most patent practitioners recognise these patents may all amount to invalid business method patents under a 2014 decision from the Supreme Court. But that may hint at Bass’s strategy. Even if these patents create little vulnerability for the drug companies themselves, Bass’s chances of invalidating these patents are much higher. This supports the thesis that Bass’s early strategy may be to aim for a high batting average in invalidating patents he has attacked, rather than setting up shorts of the companies targeted.

Tellingly, even apart from the REMS patents, most of the other patents Bass attacked don’t appear that strong to begin with. He mostly attacked patents covering dosages or formulations of otherwise known pharmaceutical compounds. Biogen’s patent covering many years of exclusivity for its blockbuster Tecfidera for treatment of MS is not directed to the compound itself, but simply to administering 480 mg of the drug per day. Horizon’s Vimovo patent that was attacked doesn’t cover the compounds naproxen or esomeprazole that treat arthritis and other pain, but just administering them to patients at 200 mg and 5 mg, respectively. Pharmacyclic’s Imbruvica patent doesn’t actually cover the ibrutinib compound used to treat mantle cell lymphoma, but instead it simply covers dosing it once a day between 420 and 840 mg. Acorda’s patent covering its Ampyra drug for treatment of MS does not actually claim the active pharmaceutical ingredient 4-aminopyridine, but simply the sustained release of that drug using methods that may have been known for a long time. For instance, Acorda’s patent claims a homogenously dispersed matrix or controlling polymer to sustain the release of the drug. Even though the patent was filed 2011, matrices and controlling polymers for sustained release have been used for decades.

Bass appears to have teed up patents that are easy to pick off. He has avoided compound patents and focused instead on dosage, formulation and REMS patents. More than anything else, this suggest that Bass aims to establish, through his early IPR challenges, that there are a lot of bad pharma patents.

Yet, there is more to the data than just the patents Bass has challenged. Another important factor is the prices of the drugs attacked. Hayman Capital is using vehicles to bring the IPR petitions that are aptly named the Coalition for Affordable Drug Prices. That name, perhaps, says it all. The drugs that Bass has attacked are not cheap. Pharmacyclics’ Imbruvica is over $100,00 a year. Celgene’s Revlimid is over $10,000 per month. Biogen’s Tecfidera is over $55,000 a year. Acorda’s Ampyra is over $12,000 a year. Attacking bad patents, which are propping up high-priced drugs, may therefore be another component of Bass’s long-term strategy.

Overall, divining Bass’s strategy is speculation. But the data hints it may comprise more than just shorting the specific companies he has attacked. Here are some possibilities:

Right now, any conclusions about Bass’ ultimate investment strategy remains speculation, but the data suggests his plans may be much more interesting than initially suspected. 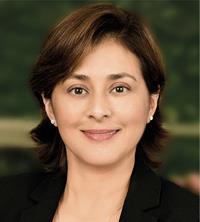