It’s not all bad news in the IP market; things may be getting better (in parts, at least)

After the first day of this year’s IP Dealmakers Forum it was hard to pick the appropriate phrase to accurately describe the general sentiment. “Things might just be improving,” was probably the prevailing view, at least in some parts of the market. Given that the two-day conference brought together many of the leading names in the IP deals and finance market, they served as a pretty good barometer overall.

“Better than last year” was the message from Edward Jung, a co-founder of Intellectual Ventures, who gave the lunchtime keynote speech. Last year was something of an annus horribilis for IV, reflected in the fact that the firm cut just under 20% of its staff in August 2014. According to Jung, IV’s revenues are expected to double year on year although as it is is a private company we don’t know exactly what that means. No one needed to remind a bunch of dealmakers that double a very low level is still not much money.

Nevertheless, Jung’s tone was decidedly upbeat. He talked about opportunities in relatively areas where patents are strategically important, such as 3D printing, graphene and drones; and he also picked on three key strategies to pursue in the evolving patent market - diversify commercialisation, go global and unite patent rights holders.

As Jung reminded his audience, IV has always been about more than just buying patents and asserting them, and he pointed to its interests in a series of spin offs as evidence of its ability to diversify from the traditional monetisation model. He was also heartened by the face that in the current legislative fight, what he referred to as the pro-patent side is far better represented and organised than it was during the process that ended with the passing of the America Invents Act (AIA). Given the very tough conditions of 2014 and recent rumours that IV was up for sale (which were strenuously denied by the company), Jung certainly did his best to assure the audience that all was back on track at the giant NPE.

Despite this bullish message, though, there’s no doubt that the patent deals market remains severely depressed. According to Jung the average cost per patent asset that IV pays peaked in 2007 and is now at the lowest it’s ever been during the NPE’s life as a patent buyer. In one of the morning panels Ashley Keller of Gerchen Keller Capital described the risk environment for patent owners as “about as bad as it’s ever been”.

As Keller pointed out, when you’re in the business of litigation funding, that heightened risk is not necessarily a bad thing. Others said they also saw opportunities in the depressed patent deals market. IPNav founder Erich Spangenberg told delegates that he had recently bought his first patents in three years (a point he also made at IAM’s recent Patent Law and Policy conference).

Keller even went as far as suggesting that it might be the right time for some investors to start looking at software patents following a collapse in their valuation thanks to the Supreme Court’s Alice ruling. He pointed out that you would need to assume that the Court of Appeals for the Federal Circuit was going to “course correct” and realise that some genuine innovation is under threat in a post-Alice world.

Exactly why people think the market has hit bottom and may now be about to head back up was harder to determine. Some of the statistics around inter partes reviews have started to look better for patent owners and with the Supreme Court hearing a couple of cases on willful infringement next year, there’s a sense that parts of patent case law may start to fall in their favour too.

But there was also a sense among speakers and delegates that the growing opportunities outside of the US are starting to compensate for the moribund domestic market. That was certainly the message from Jung who said that Europe “was primed to be a key market” in part thanks to the Unified Patent Court and also a greater willingness among European multinationals to do deals.  He talked up the conditions for litigation in China pointing to high a win rate for patent owners in the country’s courts, a speedy process and the high chance of getting an injunction.

That international message was emphasised in the first panel of the day which brought together a group of public IP company (PIPCO) executives to discuss what have been fairly bleak conditions for listed NPEs. Both Jim Skippen of WiLAN and Doug Croxall of Marathon said they were actively looking at opportunities in China. “We’ve been very US centric but we’re going to become much more internationally focused,” Skippen said. Croxall revealed that Marathon, which has brought a number of lawsuits in Germany, was also now looking at bringing cases in other EU countries.

“It’s going to be more difficult to be successful in the US because infringers are much more emboldened, so you go to a different jurisdiction where they do respect property rights,” Croxall commented. In reality, therefore, sentiment might be returning to the market despite the US not because of it. For American patent owners, their advisers and legislators the implications of that message should be very carefully considered. 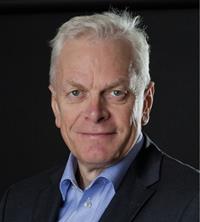