IPBC 2015 begins on Sunday in San Francisco; so much has changed since the event was last here four years ago

The sold-out IPBC Global 2015 gets underway on Sunday 14th June at the Palace Hotel in San Francisco with the opening reception, which will take pace under the glass roof of the iconic Garden Court. We have 675 delegates joining us for what promises to be a fascinating three days of debate and discussion.

The last time we were in the Bay Area for an IPBC was in 2011; and as the event took place, over on the East Coast the seminal auction of the Nortel patent portfolio was being held in the New York offices of Cleary Gottlieb Steen & Hamilton. Just a few days after we finished, it was announced - to general astonishment – that the rights had been bought for $4.5 billion. Then, a couple of months later, Google spent $12.5 billion on acquiring Motorola Mobility, principally for its 17,000-strong collection of patent assets. Now, just four years later, Rockstar – the NPE created by five of the six successful Nortel bidders – is no more; while Google has sold Moto to Lenovo (though kept the patents). All of which is a very long way of saying that we have come a long way in a very short period of time!

The drivers of the market back in 2011 are no longer what animate it today: the drawing to a close of the smartphone wars along with the implementation of the America Invents Act and a series of big court decisions have seen patent values first fall and then stagnate; and with further reforms now being considered by Congress, that process may not have ended yet. At the same time, though, patents are becoming more of a currency elsewhere in the world: Asian companies are increasingly interested in buying and selling them; while Germany has emerged as a major global litigation venue, with a European unified patent court – and a single injunction covering a market of over 600 million people – seemingly just around the corner.

For the senior corporate IP leaders, aggregators, intermediaries, investors, lawyers and other service providers that will be coming to this year’s IPBC all of this is a lot to take in. And that’s before you start to think about the increasing integration of IP strategies into overall company business plans. Needless to say, our stellar speaking faculty will be discussing all this and more in the plenary and breakout sessions that make up IPBC Global 2015.

There will, of course, be reports from the event on this blog; and we will be Tweeting using the hashtag #IPBC15. There is a lot to talk about! 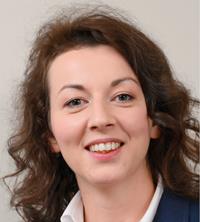