IAM 74 now out: why licensing companies face an extinction event & the drivers of the global patent market named

Issue 74 of IAM has now been published and is available for subscribers to read online.

Our cover story focuses on how challenging the climate in the US has become for companies whose businesses are based on the generation of patent licensing revenues. Not only have the CAFC and the Supreme Court handed down a string of decisions that have made life harder for patent owners, but the Patent Trial and Appeal Board is also busily invalidating patents and key claims via the inter partes review and covered business model procedures. It is little wonder that so many potential licensees (read infringers) feel so emboldened.

In the feature, author David Kline – who co-wrote Rembrandts in the Attic with Kevin Rivette and, as a result, arguably helped kick-start the patent gold rush – argues that licensing firms are now facing an extinction event. If they do not adapt to the new environment, he states, they will inevitably die out. But it’s not all bad news: many companies, he states, have sensed the change and are adjusting their models accordingly. There is no reason why they cannot thrive.

Also in issue 74, we reveal who has made it into this year’s IAM Market Makers 40. These are the people who, we believe, are driving global deal making and developing ground-breaking new value creation strategies. In other words, they are the IP world’s major influencers. The list for 2015 reflects the changes that have occurred in the 15 months since we last published the rankings: more peope working in operating companies; fewer investors and NPE executives. Asia and Europe are more heavily represented than they were previously, too. See whether you agree with who we have named – and let us know if you do not.

There are a whole host of other fascinating contributions to keep you reading. Look out for an overview of how Asian antitrust regulators are taking a greater interest in intellectual property and why that matters; as well as an insightful piece on boardroom risk associated with IP transactions and litigation. We also have an inside take on Rockwell Collins’ journey to becoming an IP strategy leader and a compelling article that explains why companies that back further patent reform in the United States may end up regretting it should legislation pass. There is plenty more besides, including a free-to-access roundtable on patent litigation in Germany and a management report on four key Asian patent regimes.

Subscriber hard copies should be hitting desks late next week. 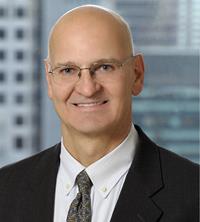