The former Commissioner for Patents at the US Patent and Trademark Office (USPTO) Margaret (Peggy) Focarino has joined the specialist IP law firm Oblon, McClelland, Maier & Neustadt as a senior patent adviser. It has also been confirmed that she is joining the speaker faculty for IAM’s inaugural Patent Law and Policy conference to be held in Washington DC on November 17th.

Focarino retired from the USPTO at the end of June after 38 years at the agency having started initially as an examiner. At Oblon she joins a roster of advisers which also includes former USPTO Commissioner Gerald J. Mossinghoff and former Deputy Commissioner for Patent Examination Policy Stephen G. Kunin.

For the Patent Law and Policy Event, which focuses on how developments inside the Beltway and at the courts are having an impact on patent monetisation strategies in the US, Focarino will take part in a panel looking at the ongoing patent reform debate which looks set to start up again as Congress returns from its summer break. She will be joined by Gail Levine of Verizon, Laurie Self of Qualcomm and Johnson & Johnson’s Phil Johnson. That panel will kick off the day-long event, which will also include sessions analysing recent changes in licensing case law and policy, key patent decisions from the Supreme Court, the impact that post-AIA reviews are having on the patent system and the view from investors on how the courts and policymakers are affecting their views of the patent market.

In an outstanding speaker faculty other confirmed participants include Suzanne Michel, senior patent counsel at Google, Konstantinos Karachalios, managing director of the IEEE Standards Association, Ilkka Rahnasto, head of the patent business at Nokia Technologies, Lisa Samuels, senior corporate counsel at Pfizer, and IPNav founder Erich Spangenberg. You can see details of the speaker faculty (which is still being added to) here.

The event is the first time that IAM has held a conference specifically focused on patent law and policy. It joins a growing stable of events which includes NPE2016, our second conference to focus specifically on non-pracitising entities, and Inside Europe’s New Patent Market, an inaugural event looking at the proposed UPC regime which will be held in San Francisco next February. 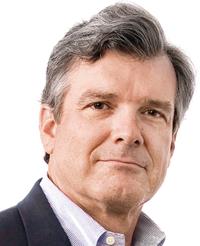