Hilco Global has announced the launch of a new IP merchant bank, with the financial services giant acquiring Marquis IP, the patent advisory business that was formed after the sale of the Rockstar portfolio to RPX in late 2014. The new bank, which is called Hilco IP Merchant Banking, is led by former Ocean Tomo executive Michael Friedman who joined Hilco in January.

Friedman is linking up with John Veschi, the former CEO of Rockstar and CIPO of Nortel, who is joining the new entity as COO along with his team of 13 specialists from Marquis, including Chief Technology Officer Gillian McColgan and Afzal Dean who is the Chief Licensing Officer.

The new bank will not only provide advisory services in technical and financial areas, but will also advise on companies’ monetisation strategies and will look to raise capital to make its own investments in patent-related opportunities. While Hilco will provide some funding for investments, Friedman revealed that they were already talking to investors about raising additional capital.

He declined to comment on how much they hoped to raise but when asked about the current IP business environment he said that there were plenty of opportunities in what he called “Goliath v Goliath” investment scenarios. “We believe we could deploy $1 billion today just in large-scale monetisation programmes,” he explained. “There are extremely high-quality nine-figure opportunities in the market so it’s not a question of quality, it’s about bringing together assets, the capital and the right team.”

Friedman also stressed that they’re trying to do something slightly different which more closely matches some of his considerable experience in special situations investing. That might involve, for instance, investing in an IP-rich company that is under some financial stress and whose patent assets are undervalued. That would place the new bank close to some of the investment strategies pursued by activist investors like Starboard Value, although Friedman and Veschi would no doubt argue that they have the edge over almost all funds when it comes to IP knowledge.

Hilco has some experience in IP but that has largely been restricted to brands. Last year, for instance, its subsidiary Hilco Streambank advised on the bankruptcy auction of Radioshack’s IP assets. The new entity will see the financial giant make its first major play in the patent market.

For Veschi and Friedman, who spoke exclusively to IAM prior to the launch, it’s another opportunity to work together after previously joining forces on an aborted management buyout of the Rockstar business. Friedman explained that as they approached investors about that deal many showed an interest in patents but were concerned that they lacked the in-house patent knowledge to manage the investment.

“We’d go to high-quality private equity firms and they would say, “you know, this models out really beautifully but you’re going to do the deal and then go away and we don’t have in-house IP expertise”,” Friedman said.  The expectation is that with their own funding the new bank will be able to invest its own money alongside other investors or operating companies.

For Veschi and his legacy Marquis team it’s clear that Hilco provides extra security and plenty of cross-selling opportunities. “Whatever the right thing is to do around your assets we can tell you what to do but also how to do it,” he explained.

So the question is, will it work? In terms of timing there are a couple of factors in their favour. There has been some evidence recently, such as a string of Federal Circuit decisions, that the pendulum is swinging back to stronger patent rights. Patent values might still be depressed but the expectation is that if the pendulum keeps moving then they will tick back up again.

Plus there’s some prospect of interest rates rising again in the US which, after years of historically low rates, will place greater stress on some companies and perhaps prompt them to start thinking about sweating all of those under-valued assets on their balance sheets.

But we have also been hearing for some time that there’s a great wall of capital ready to be invested in IP-related opportunities. Beyond Eran Zur’s team at Fortress and one-off activist opportunities by the likes of Starboard, however, that wall is either yet to be allocated or simply doesn’t exist.

Friedman and Veschi appear to complement each other very nicely and are well equipped to convince investors to back discrete, one-off deals. But can they raise $100 million-plus to back a string of big-ticket investments? That would tell us much about not only Hilco IP Merchant Bank, but also whether all of that serious long-term capital just waiting to get into IP actually exists. 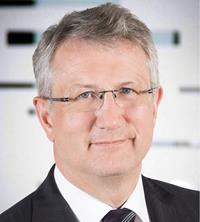