The transcript of Qualcomm’s recent investor call to discuss its latest quarterly results is a must-read for anyone in the licensing business. The giant chipmaker remains a pretty good bellwether for the market and has faced recent challenges over regulatory scrutiny of its operations in China and a demand from one investor to split the company in two. On top of all this, of course, the company is in something of a standoff with the IEEE over its new patent policy; and there is the not inconsiderable threat of patent litigation reform making life much tougher for licensors.

But as its quarterly performance demonstrated, Qualcomm’s licensing business remains a money-making machine, proving that there remains a very deep and lucrative market for high-quality inventions. That was essentially recognised by hedge fund Jana Partners which, in calling recently for the company’s chip making and patent licensing businesses to separate, described the former as “essentially worthless”.

On the recent call, Qualcomm CEO Steve Mollenkopf made his pitch for keeping the two parts of the company together:

“It’s something that we’ve looked at throughout the company’s history, a couple of times even publicly. It is something that is constantly and periodically discussed at the management team and at the board level. There are lots of puts and takes and those puts and takes change over time depending on the situation, but I would say just broadly you should think of the businesses as having significant synergies in the ability to deliver products to market.”

Mollenkopf stressed that the chipmaking business is crucial as means to introduce new technology to industry – something which becomes even more important as the convergence between wi-fi and cellular gathers speed. Plus, as the number of companies investing in those technologies decreases more opportunities open up to those players who remain in the market.

The investor call showed, the company’s future prospects might be more closely tied to its success in new Asian markets than fending off activist investors. Qualcomm’s recent travails in China have been widely publicised - in February, the company announced that it had agreed to a fine of $975 million with the National Development and Reform Commission (NDRC) following an antitrust investigation into the US company’s licensing business.

Last year it revealed that around 200 million smartphones had been sold in China by its licensees but that these had not been reported to the company as it was left in limbo by the NDRC investigation. That unsatisfactory situation may now be coming to an end: on the investor call, company president Derek Aberle revealed that since the investigation was wrapped up, 35 licensees have accepted the new terms under which Qualcomm must license in China.

That’s a promising start, but the company now faces antitrust scrutiny in South Korea. In a rapidly globalising market Qualcomm is once again leading the way in showing both the profits and the pitfalls of licensing in the 21st century. 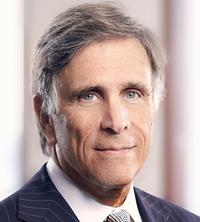