IAM’s inaugural Patent Law and Policy event took place in Washington DC on Tuesday with five outstanding panels of speakers discussing the latest trends in law and policy, and how those two forces affect the monetisation landscape.

Given the cases being heard in the Supreme Court, the ever-rising number of reviews at the Patent Trial and Appeal Board (PTAB) and the reform proposals currently before Congress there was certainly plenty to discuss.

While the prospects of new law being sent to President Obama for sign-off appear to be fading for now, there’s no doubt that change remains on the to-do list for many influential, deep-pocket companies and some legislators. And this being DC it was perhaps inevitable that the day got underway with a discussion on patent reform. With Laurie Self of Qualcomm representing the Innovation Alliance, Johnson & Johnson’s Phil Johnson also speaking on behalf of the Coalition for 21st Century Patent Reform and Gail Levine for Verizon and United for Patent Reform, all the three main patent advocacy groups were represented. Former Senate Judiciary Counsel Aaron Cooper provided insight from his years on the Hill where he was closely involved in crafting the America Invents Act, while Peggy Focarino who recently joined Oblon as a senior patent adviser, provided the USPTO’s perspective gleaned from her years as Commissioner for Patents.

The moderator Andrew Baluch, was obviously keen to see if he could move the conversation forward and asked Self, Johnson and Levine if there were enough areas that they could agree on which could form the crux of a bill. The trio and the advocacy groups they represent largely concur that some reform is necessary to curb frivolous litigation, but differ on how broad any legislation should be

Despite his best efforts, Baluch was not able to improve the chances of getting something passed, but in his response Johnson did raise a particularly interesting point around the Eastern District of Texas. The fact that so many cases are filed there is seen by many as not being particularly healthy. Those that argue for particularly broad reform, such as the Innovation Act, claim that narrow legislation will not solve what they see as the “Eastern District problem”.

Johnson pointed out, however, that this is less to do with the district as a whole and more to do with one judge – Judge Gilstrap – hearing a disproportionately large number of the patent cases that are brought there. If legislators could fix what Johnson referred to as the “judge shopping problem” that might help undermine the arguments in favour of an overly broad bill.

While the day started with a DC-centric discussion, the final session provided the perspective from outside the US capital as it brought together a panel of investors and investment advisers to discuss how the legal and policy climates are affecting patent deals.  The message was actually fairly bullish but that seemed to be largely despite of what’s currently happening in the courts and the legislature rather than because of it.

Michael Friedman of Ocean Tomo disclosed that there was a large amount of investment capital coming into the sector or looking to be invested in IP assets. The focus, he said, is on large portfolios of high quality assets where investors can put a minimum of $100 million to work.

The cautiously optimistic theme was also picked up by Erich Spangenberg, founder of IPNav and Kyle Bass’s partner in filing IPR challenges against pharma patents. He disclosed that he had recently bought his first patents in three years adding that, “it’s starting to be a good time to buy”.

What isn’t occupying investors minds, he said, are the series of patent cases that the Supreme Court has been hearing. “I’ve never had a fund ask me what’s the next Supreme Court case that’s coming up,” Spangenberg commented. “There’s nothing out there that’s going to massively change how capital is viewing this asset class.”

The overall message from the session was that big deals are being done and that capital is available. However, small portfolios are not of interest and neither are the kinds of patents that might be borderline in terms of quality. Interest rate levels and stock market volatility are far more important to investors than anything the courts might decide.

For the patent landscape overall, though, there’s no doubt that the Supreme Court’s influence has never been greater. Its 2014 opinion in Alice Corp v CLS Bank on patent eligible subject matter continues to provoke debate and for the panel session that discussed SCOTUS’s recent impact, a lot of their time was spent on what the law now says is patentable.

Judge Michel, the former Chief Judge of the Court of Appeals for the Federal Circuit, was particularly critical of the string of decisions involving section 101 of the US patent statute (which deals with patent eligible subject matter), accusing the justices of “just making stuff up” and “legislating from the bench”.  He admitted that, “it’s hard to be optimistic about the courts solving” the uncertainty caused by the court’s Myriad, Mayo and Alice decisions, which might lead to more calls for Congressional action. But if the first panel of the day was any guide, the chances of getting agreement on Capitol Hill on something as complex as 101 would appear remote.

That said, Michel and his fellow panelists were not critical of all of SCOTUS’s patent decisions – they were particularly complimentary of the justices’ reasoning in the Octane and Highmark fee-shifting cases – but the concerns they raised over section 101 would certainly be familiar to many patent owners in the US.

While more and more patents are being found invalid on Alice grounds, the other great invalidation risk in the US currently stems from the PTAB and inter partes reviews in particular. The panel on the new review procedures – which was provocatively titled “Death to all patents” – considered the impact that they have had on the patent market. With a number of changes introduced by the USPTO and others under consideration, the three panelists were asked what one change they would make to the procedures. The majority voted for improving the amendment process giving patent owners greater licence to amend claims as part of a review.

The remaining session of the day focused on how licensing case law and policy have been changing in recent years. With a number of key cases both in the US and in Europe looking at areas such as what is a FRAND rate for a standard essential patent and recent changes to the IEEE’s patent policy terms, this has become a significant area of focus for many companies.

The IEEE’s new policy received a fair amount of attention and the process by which they were agreed came in for some criticism from Nokia’s US head of litigation Ronald Antush. That led to a particularly heated response from Konstantinos Karachalios, the IEEE Standard Association’s managing director. He resolutely defended the way in which the new policy was decided and then announced that it would be the last time he spoke on a panel like this. That certainly caught the audience’s attention – we just hope he didn’t mean it!

@IAM_magazine Bristol Myers Squibb's Henry Hadad on IP and the covid pandemic and why more needs to be done on 101 reform… https://t.co/dp4RDjKBTG Read more 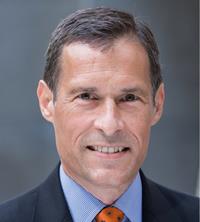