Big names among those laid off from Alcatel-Lucent's IP group

IAM can reveal that Alcatel-Lucent has implemented a round of lay-offs inside its IP department. Among those departing are Craig Thompson, senior vice president of IP, and Ozer Teitelbaum, the company’s director of IP strategy. We understand that further lay-offs may follow.

Thompson joined Alcatel –Lucent from Nokia in November 2012 to lead what was described at the time as “a new business unit managing one of the world’s largest portfolios of intellectual property assets as a dedicated profit center”. Just over a month later the company, under the leadership of then CEO Ben Verwaayen, finalised a $2 billion debt financing from Credit Suisse and Goldman Sachs, secured in large part against its patents. The loan was paid off last August. For his part Teitelbaum joined Lucent Technologies in 1999 as a corporate counsel, before the merger with Alcatel, and had held his most recent position since July 2011.

Verwaayen was replaced as Alcatel CEO by Michel Combes in April 2013. In August 2014, Laura Quatela, previously president of Eastman Kodak, was appointed the company’s executive VP of IP with a direct reporting line into Combes. “Her strong leadership background in patent monetization in particular will be integral in the drive to unlock the value of our world-class portfolio of more than 32,000 active patents,” Combes said at the time. While at Eastman Kodak, Quatela was closely involved in the $525 million sake of a portfolio of digital imaging patents to a consortium led by Intellectual Ventures and RPX which allowed the company to emerge from bankruptcy. 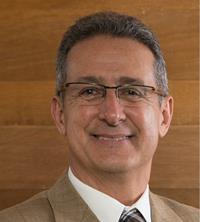